Who's playing on Sgt. Pepper's with The Parliaments?

As you probably know, Tuff City will release a new 7" with The Parliaments - Sgt. Pepper’s Lonely Hearts Club Band. And apparently an album as well later on… 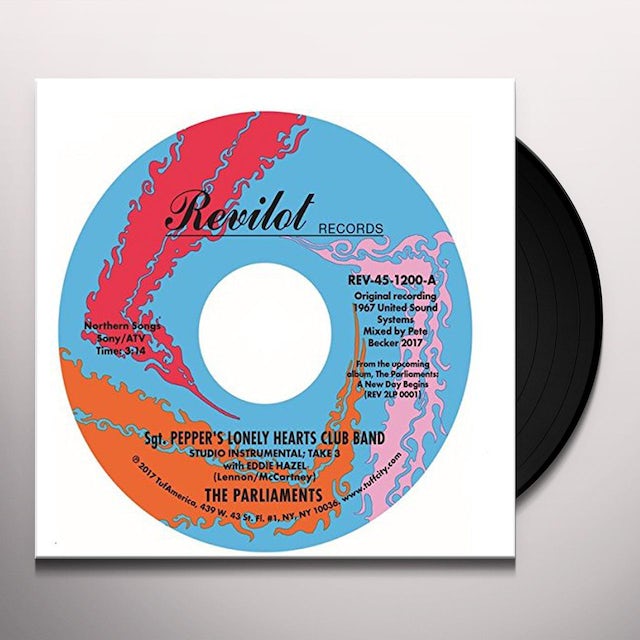 Protection Each record is protected within its record sleeve by a white vellum anti-dust sleeve. Packaging All items are shipped brand-new and unopened in original packaging. Every record is shipped in original...

Who do you think are playing on it, besides Eddie?

I suppose Billy Bass is on it. But what about the drums? If it was recorded early autumn 1967, then maybe Stacy. But later that year, I suppose it would be Tiki Fulwood.

Also, if was recorded late 1967, then we could have Billy (not Billy Bass) on keys… what would be really interesting.

Don’t know exactly how long Stacy and Billy (keys) were with the group, but it wasn’t a long time, not more than a couple of months each.

I would take this with a huge grain of salt. GC did a lot of sessions with studio musicians and singers in the Detroit area in the 1960s; the Parliaments and Funkadelics were all in the New Jersey area.

These tracks are supposedly “instrumentals”. How are they by The Parliaments? From the limited info it sounds like unfinished demos that someone got the rights to and is trying to make a buck from.

Yeah you’re right, just like the Testify session with only GC on it.