She's Always There - is it Parliaments or not?

On this release here: The Fellows - Let's Make It Last / She's Always There

We have Let’s Make it Last, which we know is the Parliaments. We also have She’s Always There, which only crossed my radar because I’m in the middle of findagroov’s book about p-funk songs. It says that this is the Parliaments playing under the name The Fellows, and they’re almost unrecognizable. Then, note that in the reviews on discogs, someone mentions, “The Parliaments are only feat on the A side…B side is a diff band”.

Either this person is mistaken, or findagroov included this as a p-funk song by accident. Which is it?

I guess one major point in favour of this being a Parliaments performance, is that it is included on the CD “Testifyin’: The Best of the Early Years”. Seems like a major blunder to have that on there if it’s not even them. Still, I wouldn’t put such a thing past these low-budget compilation companies so who knows for sure.

I’m leaning towards it being the Parliaments at this point, though.

That is a really good question! There’s so little info about The Fellows. Let’s Make It Last sounds like Clinton and/or The Parliaments, but She’s Always There sounds (just like you said) nothing like The Parliaments…

I noticed that the liner notes on Testify! - The Best Of The Early Years says the following: I know nothing of The Fellows, a Temptationish sort of group produced by George. So I suppose it doesn’t has to mean anything that it’s in that compilation

I have another compilation with The Parliaments, I Wanna Testify, and that one only includes Let’s Make It Last (and not She’s Always There). Unfortunately, the liner notes on that compilation also doesn’t give any other information about The Fellows.

I asked Sidney Barnes if he knew anything about The Fellows, but he hasn’t gotten back to me yet.

I’m leaning towards that The Fellows is a separate group, but that George is singing lead on Let’s Make It Last. And that She’s Always There don’t have any Parliaments on it. But hey, I’m just guessing now.

Would be great if there’s some more insight on The Fellows in the liner notes of the upcoming A New Day Begins.

Arno Konings said (on fb) that The Fellows were a different group.

There’s an old discussion over at soulfuldetroit.com about The Fellows where someone posted this image. 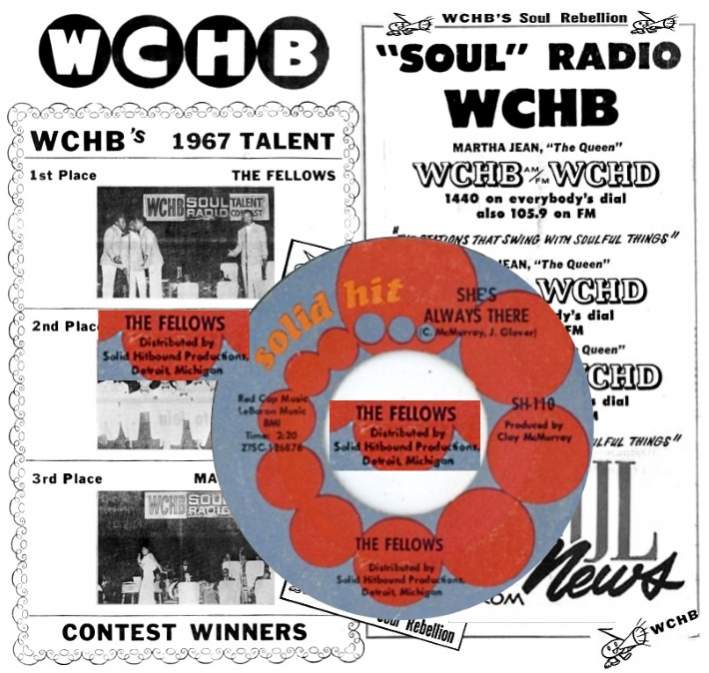 It’s suppose it’s The Fellows in the image, but it’s hard to see the faces. And I couldn’t find a better scan of that flyer.

Also found this from 30 June 1967, but it doesn’t add any new information

2 posts were split to a new topic: Daisy Mae - Another case of “is this the Parliaments or not?”