Sample Some Of Disc - Reassembling the jams

Interestingly enough, last night I was for some reason compelled to cue up Sample Somma Discs. Good Gawd some of these licks are the funkiest stuff you’ll ever hear. I can not even begin to imagine what George was sitting on. There must be an enormous amount of incredible music that ended up on the cutting room floor. All those cats just constantly cutting and cutting. We will never know. Maybe somewhere in eternity I’ll encounter these grooves on another astral plane, certainly not whilst trapped in this mortal coil lol.

You mean those discs are actually worth listening through? I would have had no idea.

Sample Somma Discs. Good Gawd some of these licks are the funkiest stuff you’ll ever hear.

I couldn’t agree more. I ended up snagging one cuz I was just too curious as to what kinda stuff was on there. Listening to these little snippets, I found myself wishing so badly that they had just put out all those tracks, even just as instrumentals. Many of them are practically an entire track just cut up.

I actually ended up splicing together as many of the cut up tracks as I could from the first disc. (All the ones you could almost call a full track), although most are very short. You can check 'em out if you’d like, here’s the link to a playlist of ‘em I uploaded to youtube. I probably coulda’ made a lot of them a bit longer but I dunno. Maybe I’ll go back and do that at some point…

3 Likes
Quarantine Project - P-funk projects that did not get a physical release
OooBooBeeDoop March 26, 2020, 3:58pm #2

Yes. The “Sample” discs contain some excellent music. Frustrating to listen to at times, but they peek your imagination at what could have been or if finished tracks based on it is lying around somewhere. No way some of this stuff shouldn’t have appeared on albums. Some of it you will recognize as kibbles & bits of released tracks with some of the backbone of the track or various instruments isolated. Lots of Bootsy and the horny horns. Bernie is all over the stuff.
It can be a challenging frustrating listen, but its some golden nuggets in there for sure. There’s a couple of licks from a live show somewhere that only lasts for seconds but you can tell the band is just cooking.

You’re good at this, man. How many tracks from the CD weren’t used for this?

And were these actually spliced as in placed back to back and artfully cut, or were they overdubbed? My impression is that the tracks on the CD were just individual instrument parts, but it appears you’ve made cohesive songs out of them.

Haha thanks man. I am in no way an audio editing expert or something, I’ve just messed around with it enough that I can do a thing or two lol.
Uh there’s like 90 some-odd tracks on there. A lot of it is just like a few seconds of horns or a random vocal melody. I’m not really sure how many I did or didn’t use, maybe like half? I’m not really sure. Most of the ones I used would just be back-to-back snippets that were clearly both from the same track.
I just used Audacity, nothing fancy haha. A lot of it was just cutting together two or three snippets. Some of it was cutting between the “full version” of the song and the “horns and drums” version, or what-have-you. Some of it was me actually doing sample-esque stuff to it when there was no real transition between riffs.

Cool. Like you said, it would be neat if they were longer, but it would be even better if you did this for volume 2! If you don’t have it, I’d buy you a copy just to get you started. I’m loving these songs; they’re like a whole lost album!

Wow man! That’s very generous of you. I would absolutely do it for the second volume if I had a copy of it. I’m glad you digg the first one. When I get home I can send you a link to the lossless for the first one. If anyone else wants a link to it just ask.

Great work! I’m really impressed as well. Would also love a lossless copy. Feel like I wanna find my copy and start playing around with Audacity.

Did you add some extra color to the cover? Because I only seen it like this. 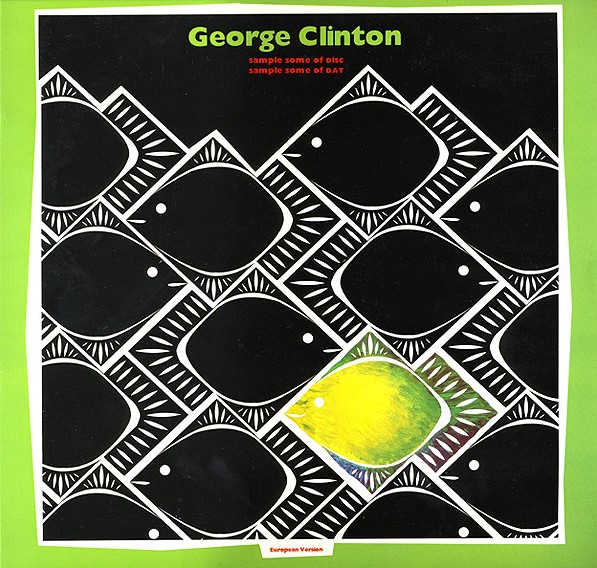 And don’t forget there’s a third volume as well.

Yeah sorry I guess I shoulda explained that. I just made it look a lil different so if you knew what the cover looked like you’d know something was up when you saw the cover and know it wasn’t just a normal track from the disc.

there’s a third volume as well.

I like how you faded the colors. Looks good.

Actually there are Four Sample Discs, not three.
Hello group, I was the mixing engineer and co-producer of this series.
Most of the songs that have several instruments have full mixes and broken down versions… most of them, not all.
We figured that even though some people would use the fully tracked ones, most people would create their own unique tracks with samples of individual instruments or just a few.

We didn’t want to include full length instrumentals because that would’ve taken up too much real estate on the CDs. A few of the CDs go beyond the 99 track limit so that track 99 contains several other songs within them.

The completed unreleased P Funk songs were released on the family series five CD collection of unreleased, but completed songs.

If you’re a fan of The One, you should definitely check out all four of these.

Looks like you have the European release of the series. There were three separate release versions; the American one on AEM Records was released on three separate (ugly) CDs. the Japanese one on P-Vine is the complete four CD set, and the best packaged set.
Hope this helps.

Yeah, I can see why they didn’t just release a bunch of just fully completed instrumental tracks. It’s clearly meant to be sampled and not listened to like an album. I was just expressing that it would be really cool to have a release of those instrumental tracks cuz some of them are really dope.
I haven’t found anywhere online talking about a 4th volume. Do you have any more information about that? Like a link to somewhere you could buy it? Or really any information about it

Thanks for the info and welcome to the forum @Chaz-Martin!

I’m also interested in that fourth volume. These are the ones I’ve seen. 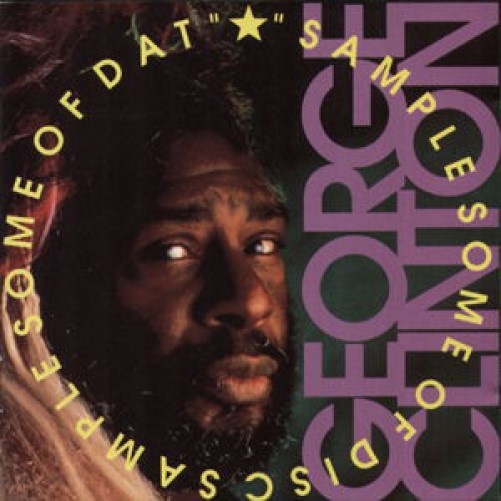 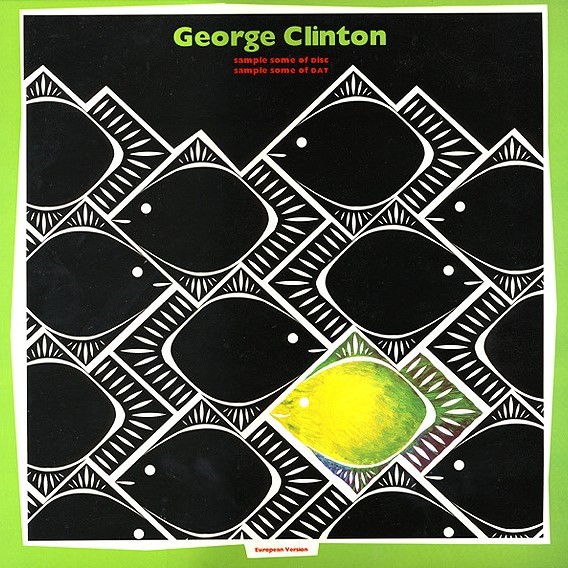 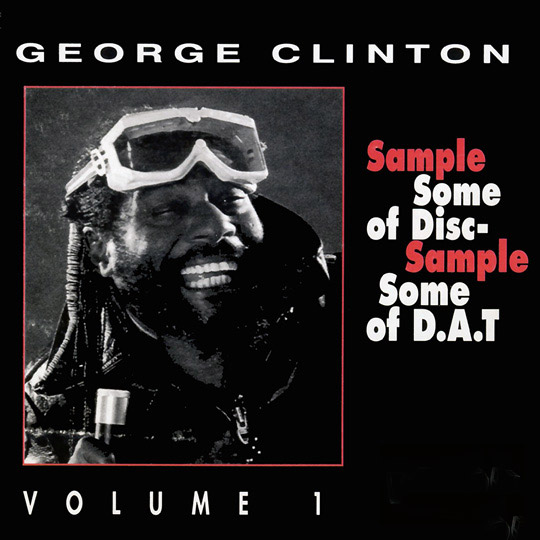 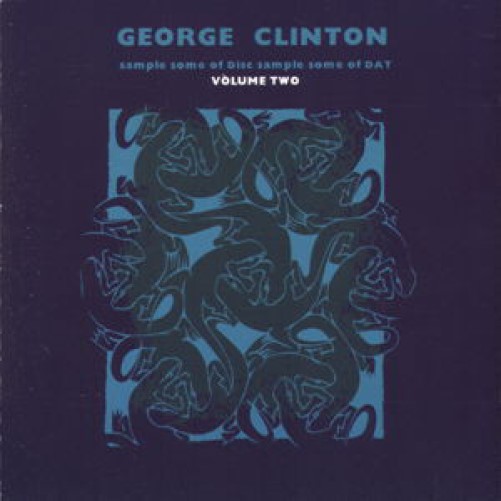 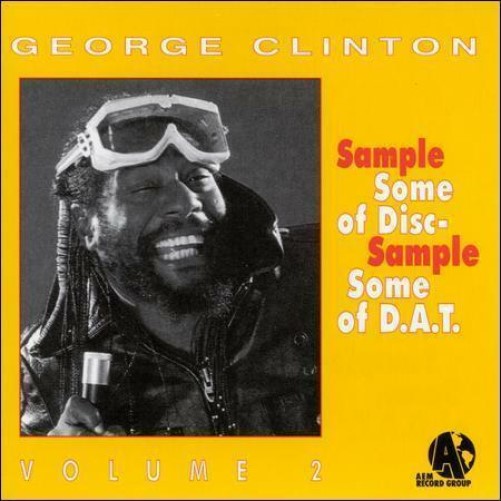 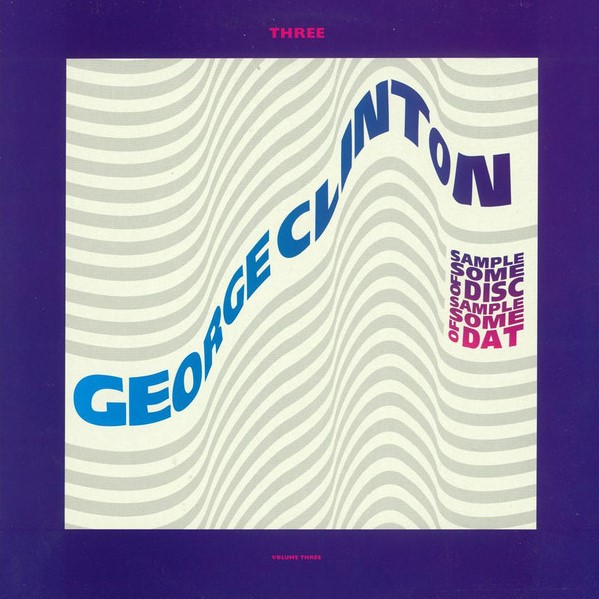 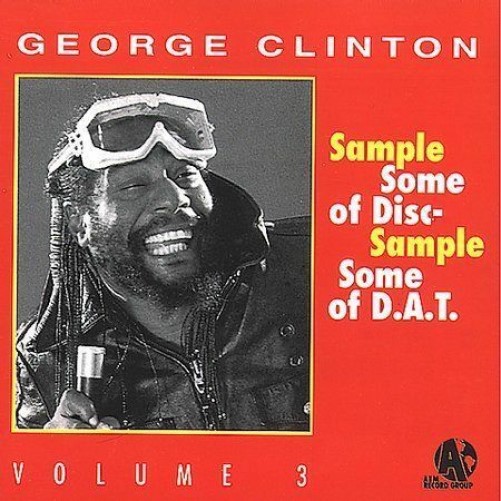 It was released on P-Vine in Japan.
I used to see people selling those on eBay from time to time.
The official P-Vine number is;
ULTIMATE P-FUNK BREAKS, (93 P-VINE PCD-2761?64

It looks like this;
I’m gonna see if any of my funk buddies are able to bring it up online. I haven’t been able to, other than this photo. 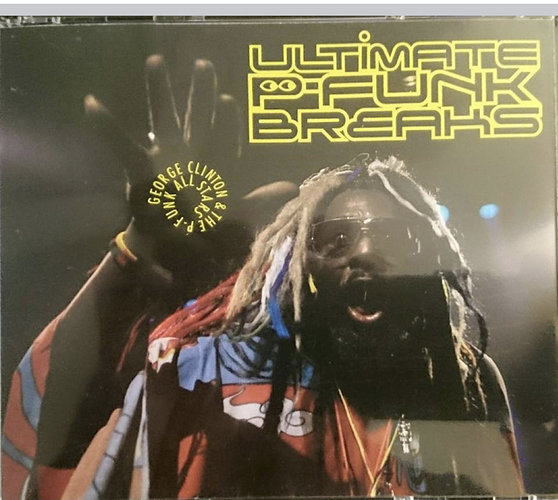 Or was disc 4 sold just like they were? It would seem strange that it doesn’t even have a discogs listing while the other three are fairly common.

Yes, volume 4 appears to only be part of that 4-disc P-Vine set. I found the following images from an old auction. 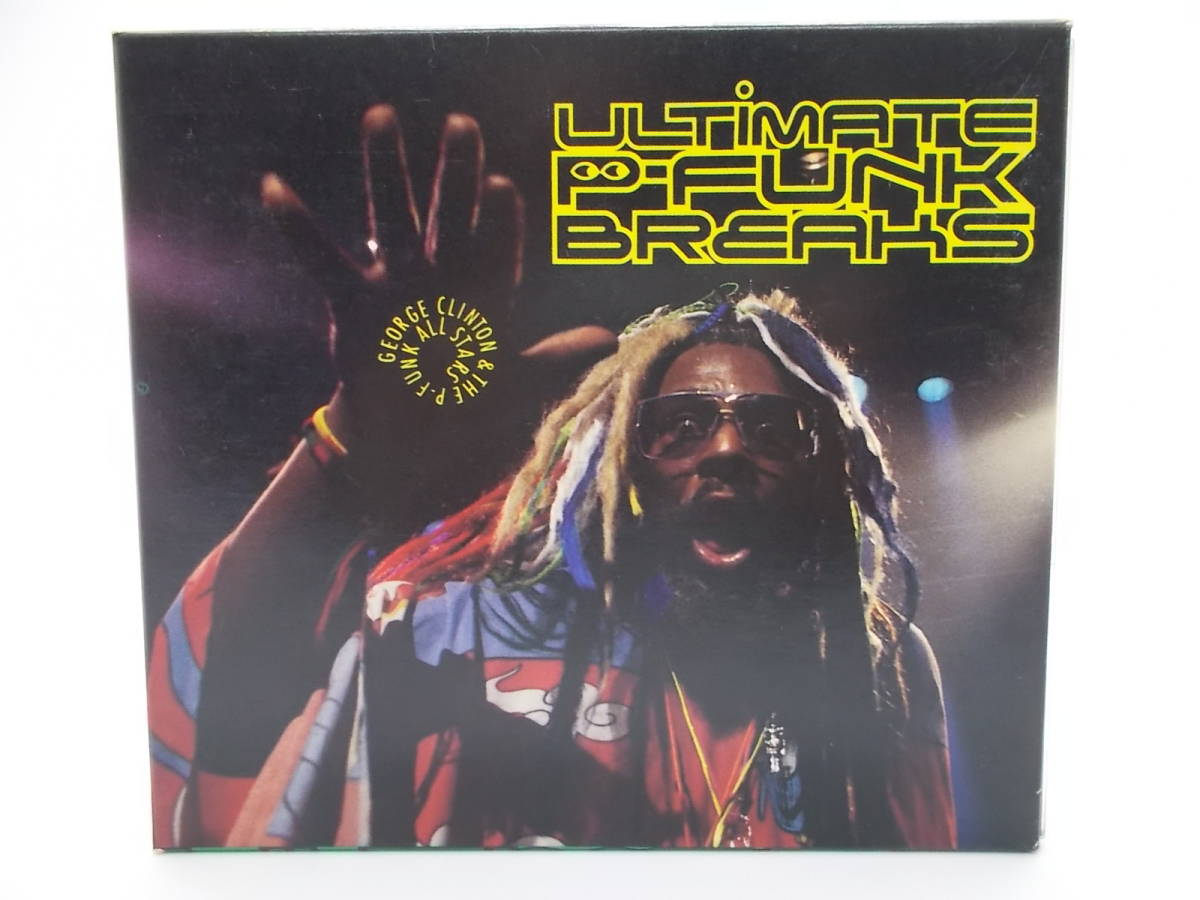 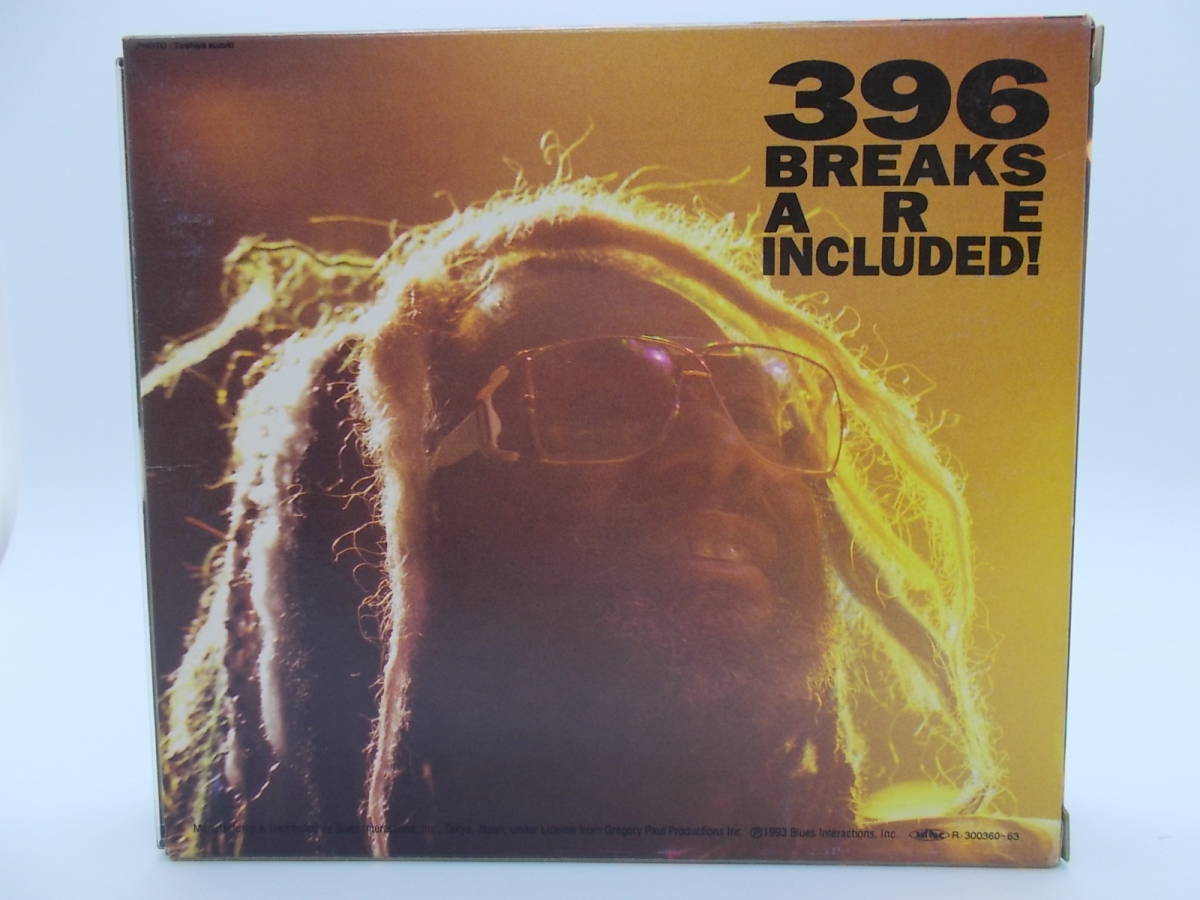 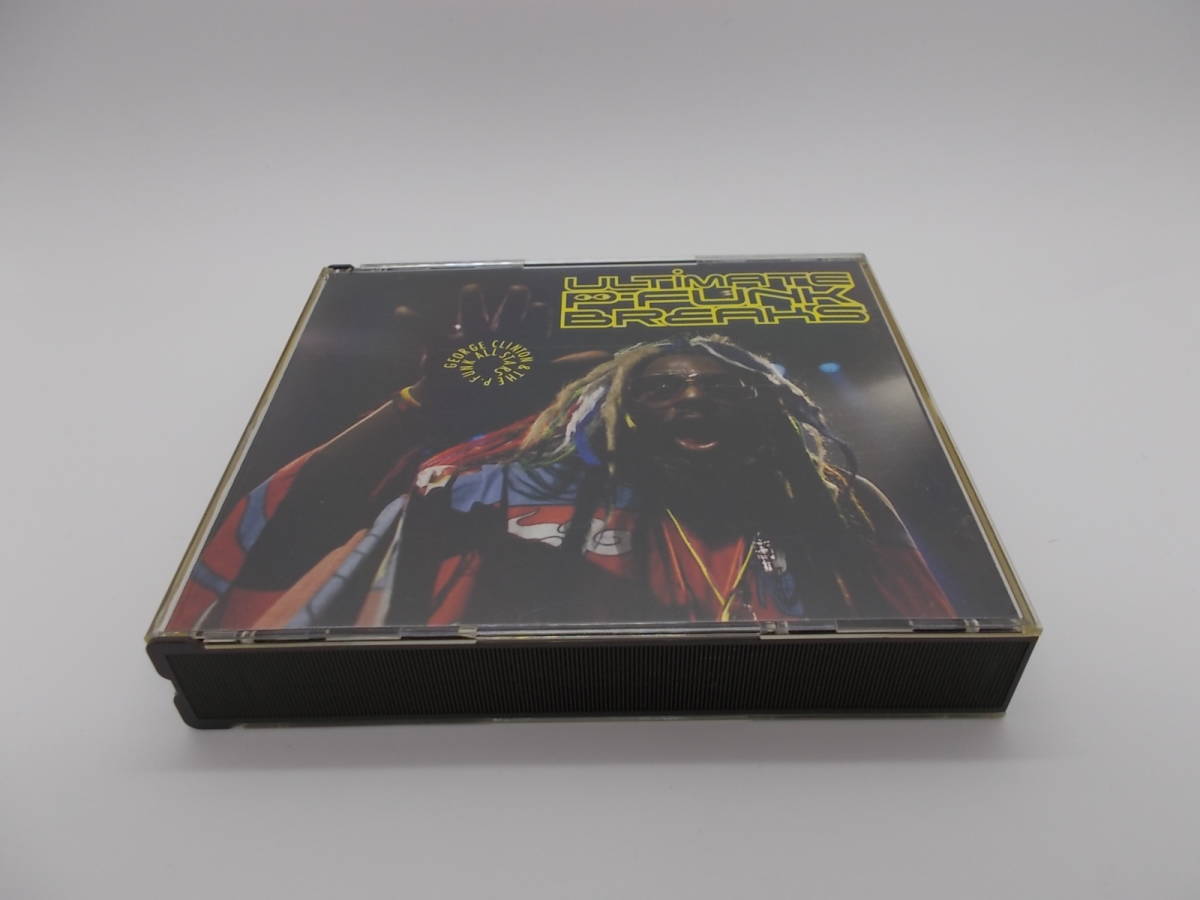 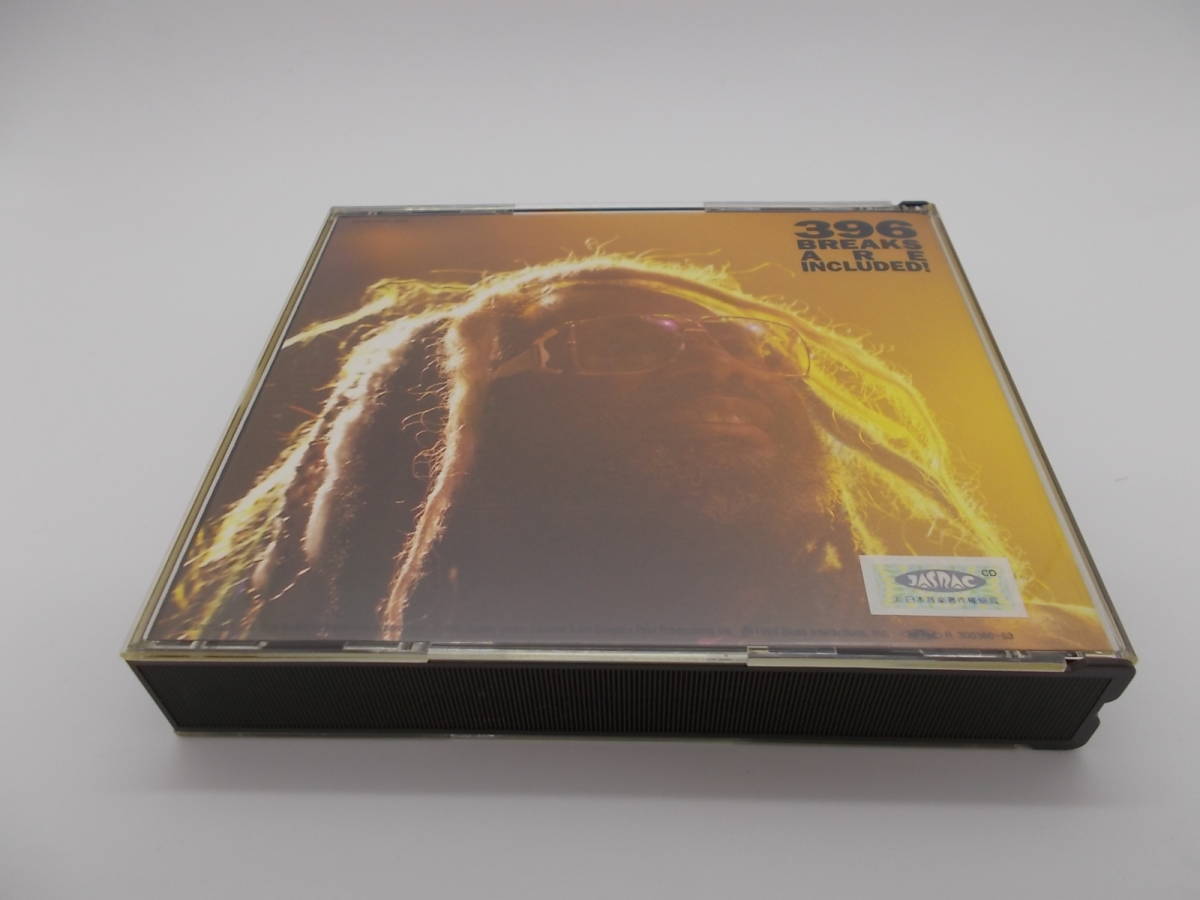 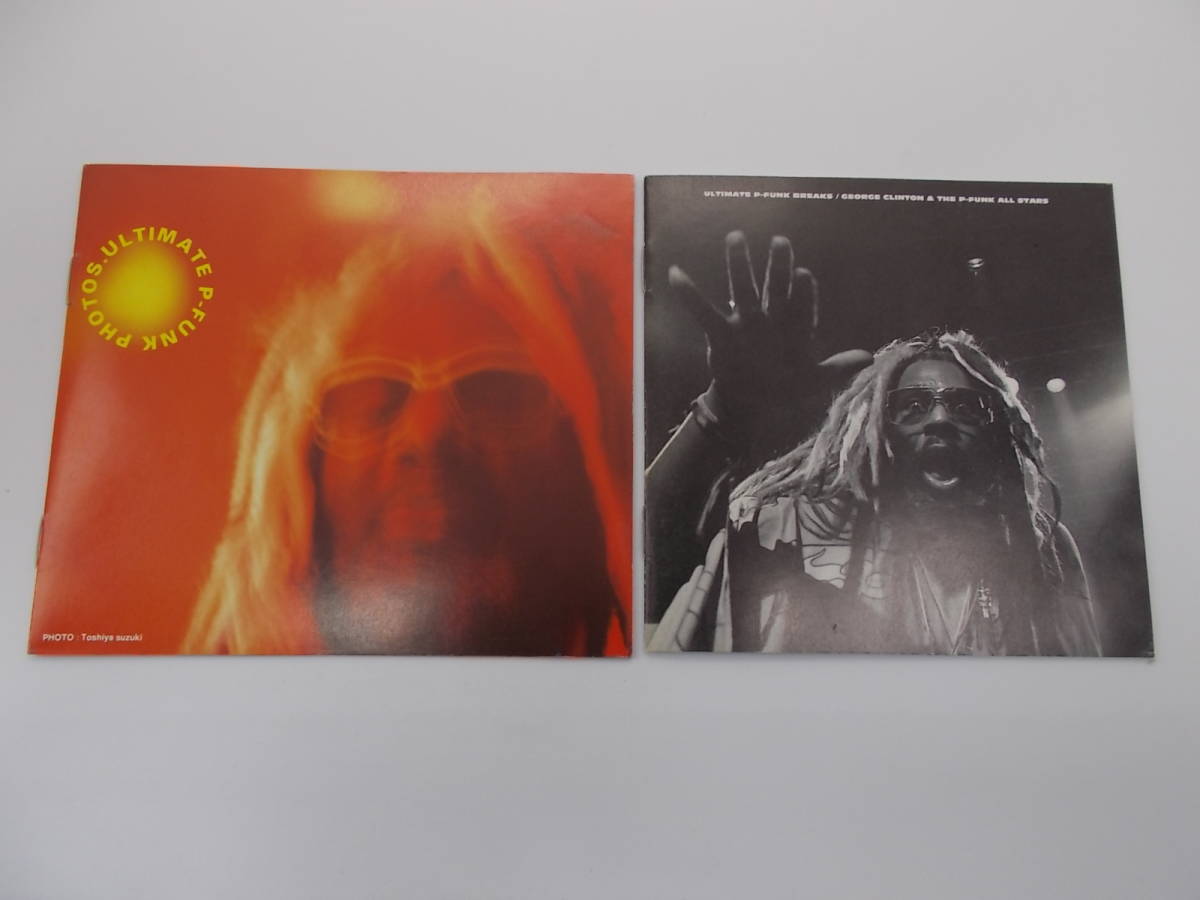 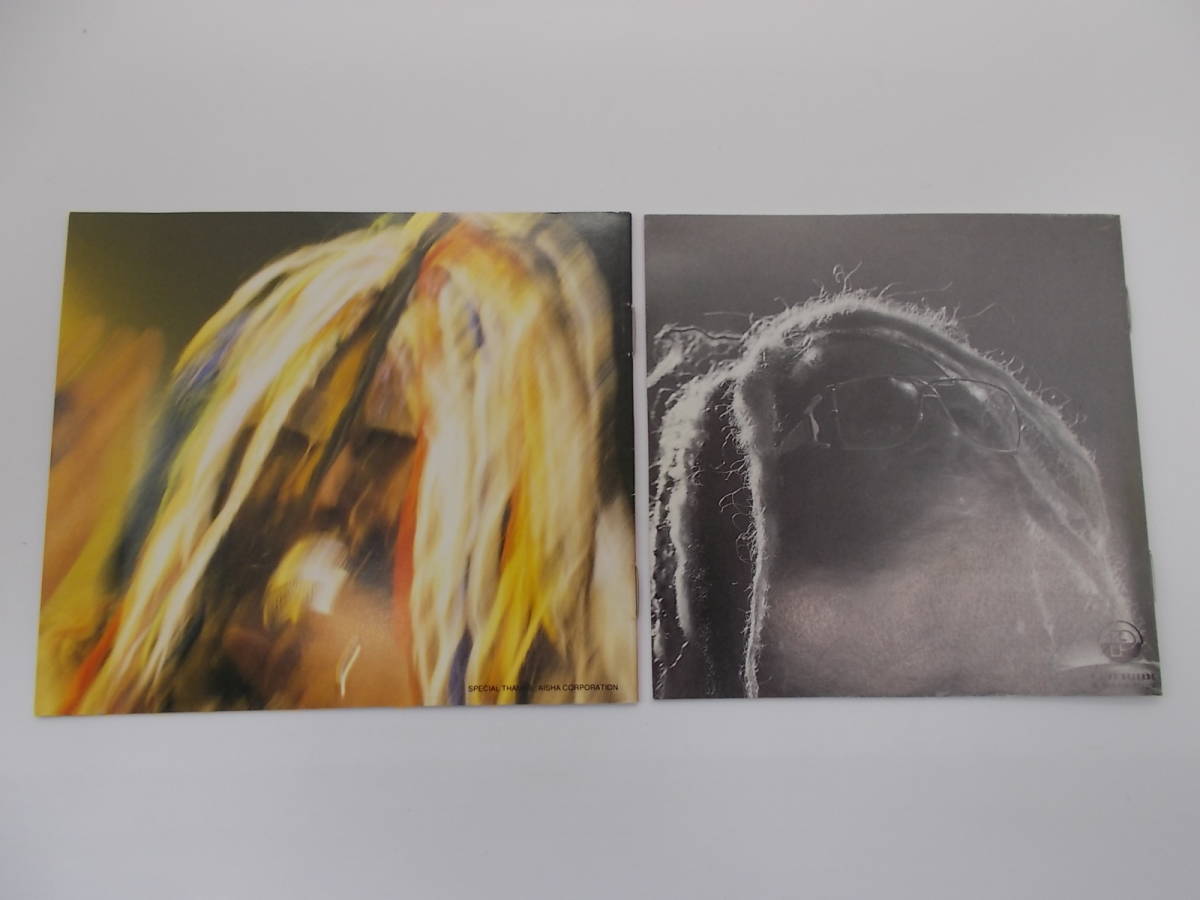 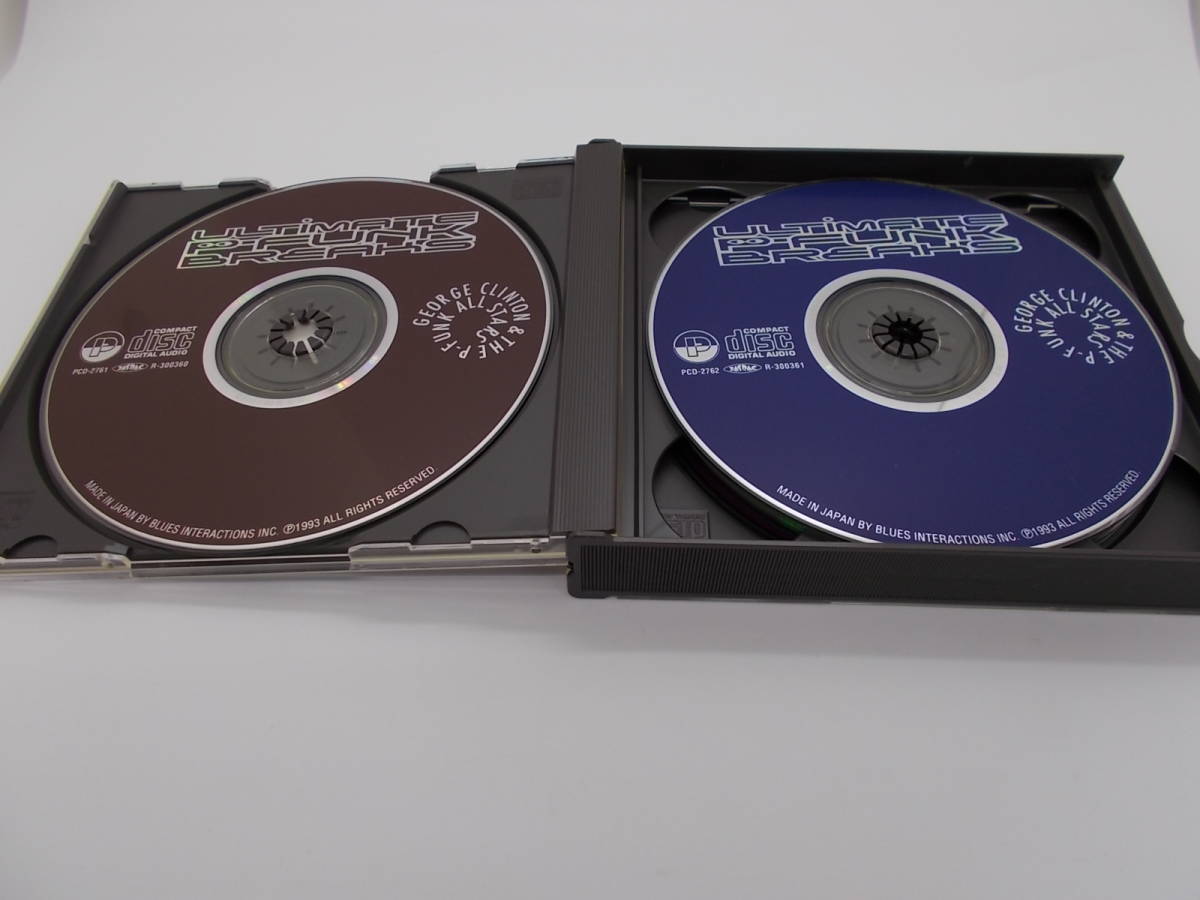 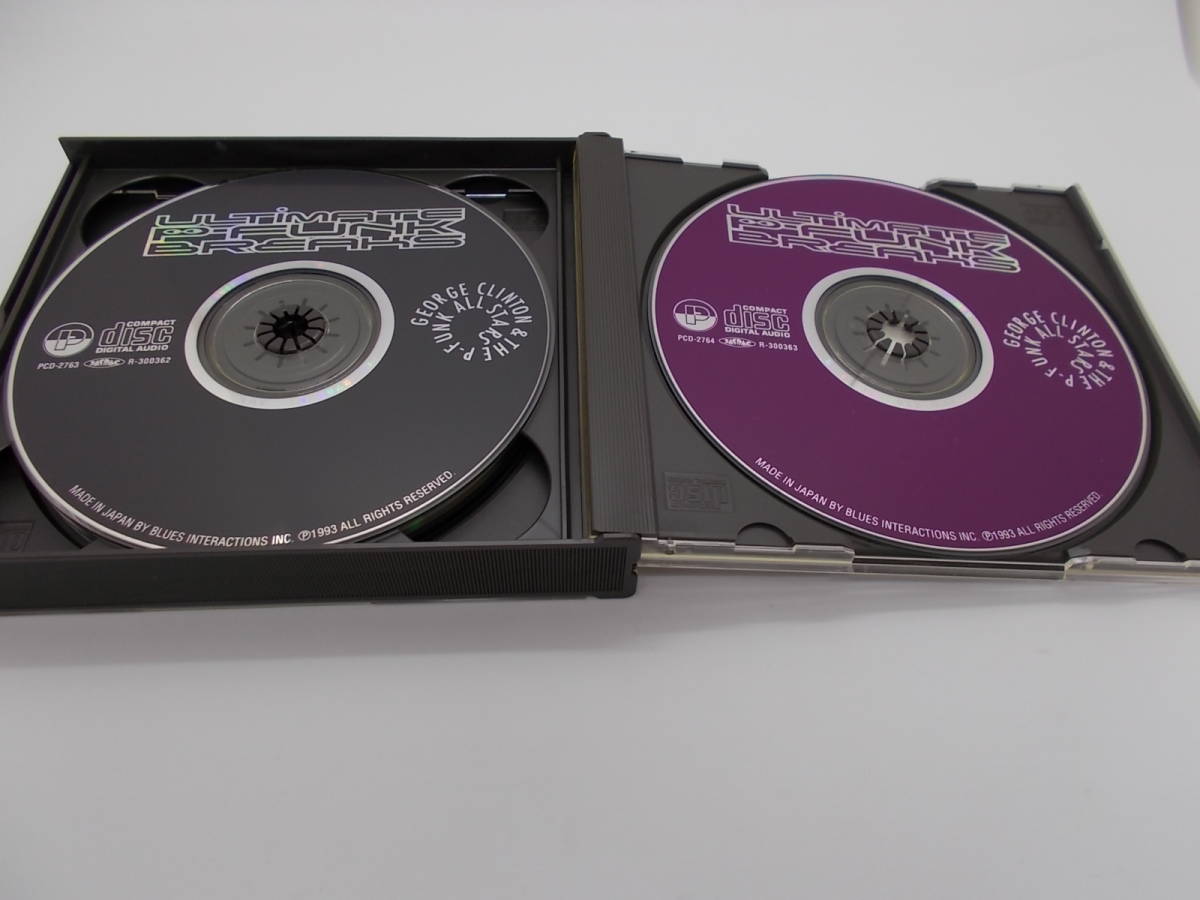 So Chaz, I’m going to go straight to the point. There are some full length instrumentals of the stuff? What about any finished tracks with vocals? He keeps teasing about putting out more of the Family Series stuff. Any idea of what else George is sitting on? In my mind, what has been released by the Funks is a small percentage of what they actually cut. Would that be a proper assessment?
I just figured a lot of the stuff is just lost somewhere.

I’m sorry, I misspoke I meant “full” as in all the instruments.
Not full length.
All of those tracks being full length would’ve taken up perhaps 50 or 60 CDs.

However, when there were big groove changes, we made sure to put those parts in, probably under different name… Something about being able to identify which part was sampled by whom necessitated the idea of changing the names. I had no control over any of the legal decisions… AT ALL.
Therefore, different oatmeal cookies parts had other silly names like Apple Brown Betty, and other names similar to oatmeal cookies.

As far as other unreleased tracks, Most of these were the ones recorded at United Sound Studios and The Disc where I worked. I know Georgie, George’s son (R.I.P.) had a killer song with Bernie and Eddie blazing! Don’t know what happened to it.
Also, Bernie had some reels as did Bootsy and Gary.
Who knows what Armin Boladian has?(shyster)

There’s probably a lot of stuff floating around.

Do you happen to know any of the other tracks that have different names like that? It’d be really helpful.

Hi @Chaz-Martin, nice to have someone involved in the scene at that time period here on the forums. By any chance, do you know anything about or can you shed some light on this super obscure release?

Are these tracks some Family Series leftovers? It’s from about the same time. Were you involved in them in any way?

Well fellow maggots, the deed is done. Thanks to sir Seventieslord, who sent me the volume 2 CD (thank you, my man), I was able to edit us some “new” P to listen to. Interestingly, I ended up with half as many tracks for volume 2. Though, they are much longer than the ones I put together from volume 1, which means it’s about the 30 min of music from both discs (an hour total). Anyways, I’m pretty happy with how the second disc turned out, some longer tracks, quality jams. In any case, here y’all go, and glory be, the funk’s on P! (both volume 1 and 2 are in there)

I’ll probably take this link down by Monday. If you’re not able to grab it by then lemme know and I’ll hook you up.

P.S. I couldn’t find a very high quality image for the volume 2 disc (of the lizard artwork) so I made a makeshift one lol. Also one thing I found interesting is that a portion of the track I titled Apple Brown Betty was on volume 1, while the rest was on 2. I didn’t expect that.