It’s Record Store Day on Saturday. So I thought I would plug Fuzzys first album A Whole Nother Thang, that is also gonna get (re)release on RSD (just as the Parliaments 10"). 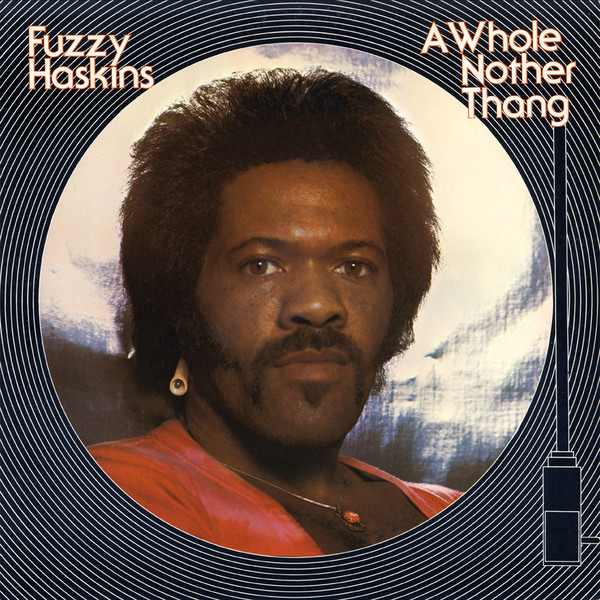 Cookie Jar is one of my favorites. When I met George Clinton in January before the show in Boulder, CO I made one song request for a little of Cookie Jar and he played it! I have digital copies of the previously unreleased tracks that were on last Fuzzy cd release, The two 12” extended mixes ‘Not Yet’ and ‘I think I got my thang together’ an alternate mix of ‘Cookie Jar’ and the vocal to a previously released instrumental, name escapes me right now but all good quality and from tape!

I guess this was primarily a European RSD release? I don’t recall any of my local (North Carolina, US) record stores listing it in their RSD inventories.

Yeah, it seems to be an European release. It’s on both the UK and Swedish RSD release list, but not on the US one.

Can we hear them @mrsupernobody ? Thanks!

If you have Spotify, you could listen to them there. Not Yet - 12-inch version, a song by Fuzzy Haskins on Spotify

I Think I Got My Thang Together - 12-inch version

I Think I Got My Thang Together - 12-inch version, a song by Fuzzy Haskins on Spotify

I recently bought this and the 50th anniversary edition of the album FUNKADELIC. Paid about 30 dollars for each on the much celebrated 180g orange vinyl or something. Won’t be doing it again. The sound quality on both albums is HORRIBLE. The Funkadelic is slightly better than the Fuzzy.
I don’t know much about how vinyl is pressed, produced etc, or where the source material is from. I cued up the Fuzzy and heard alot of “hiss” come on just before the music began. The record has no dynamic range, the music never comes alive. It’s flat.

I’m highly dissatisfied with both platters.

I did also get this RSD19 Fuzzy. I don’t have any hiss, but yeah, no dynamic at all.

Yup, both of the platters are on the orange 180g vinyl. Real thick. It sounds terrible. I had possession of one of the very original pressings of the Fuzzy album back in the 1980’s. Friend had lent it to me to dub it to cassette. Sound was crisp, big and in your face. There is absolutely nothing I can do with this record except well…have it.

Sup with this orange vinyl?