For any of y’all who don’t follow Bootsy’s socials (or often times don’t read his seemingly nonsense captions lol), he posted a pic of himself with the caption “Happy Funkin’ Really Funked Up Hump Day to all our Funkateers! Dang! @georgebensonofficial is now on the New Album due out May!”

It’s worded kind of weird/vague but I assume that means he’s working on an album to be released May.

Interesting! I hope it’s a new Bootsy album and not somebody else’s album that he’s working on. Didn’t find any info about a forthcoming album on the web.

He made another reference to a new album somewhere. Something may be brewing. Perhaps he has been working with Benson on a track? I wouldn’t necessarily expect him to drop one so soon after World Wide Funk.

Yeah I actually forgot that he referred to that as Volume 1. That in mind, it seems fairly plausible that it would be a second volume to that

Great news. Casper is usually on point. The Dr will tell u a record is coming out this summer and it might be summer 2030. If Bootsy says it’s coming then it’s coming.

Bootsy’s newest video tells us the album name is “The Power of the One” and is to be released October 2020. 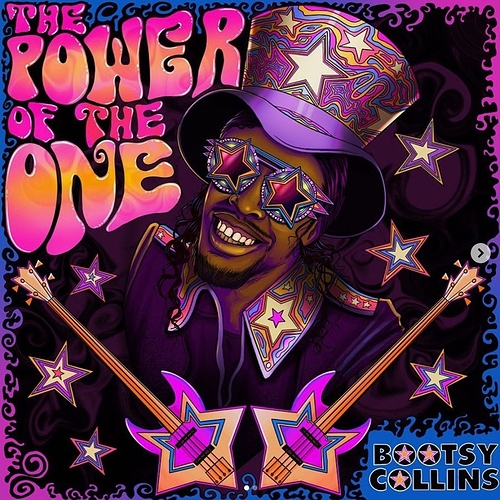 This is the artwork that’s been chosen for Bootsy’s new album. Pretty dope, pretty dope.

Yeah that one is really great!

I went and checked the other contributions. Here’s two other I also liked. 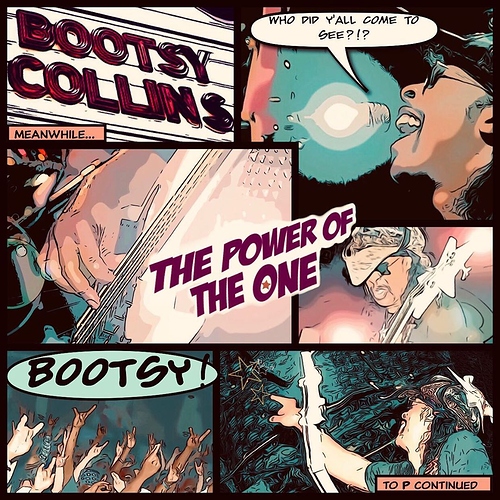 Haha I really like those!!! It musta been really hard to pick a winner. There were a lot of killer entries.

I’m all in. The cover they chose is indeed dope.
DAT COMIC DOE! is TRT and should be included in the packaging*.

*I’m naively assuming this next shit will be released as a CD or LP (gasp).

Yeah, you never know these days if stuff will get a physical release.

He’ll probably put out a slab of wax. His last two efforts were available on vinyl.

I would assume he would continue to at least release fully fledged albums on cd and plastic, like World Wide Funk. You can’t have a party on plastic without plastic after all…

I think Casper really feels the vibe of the whole vinyl experience. I have a copy of World Wide Funk still in the shrink wrap. Its just so pretty I could not bring myself to open it up.

If y’all didn’t catch it, Bootsy put out a music video for a new single he dropped on Friday called “Stars”. He also did an interview for BMI. 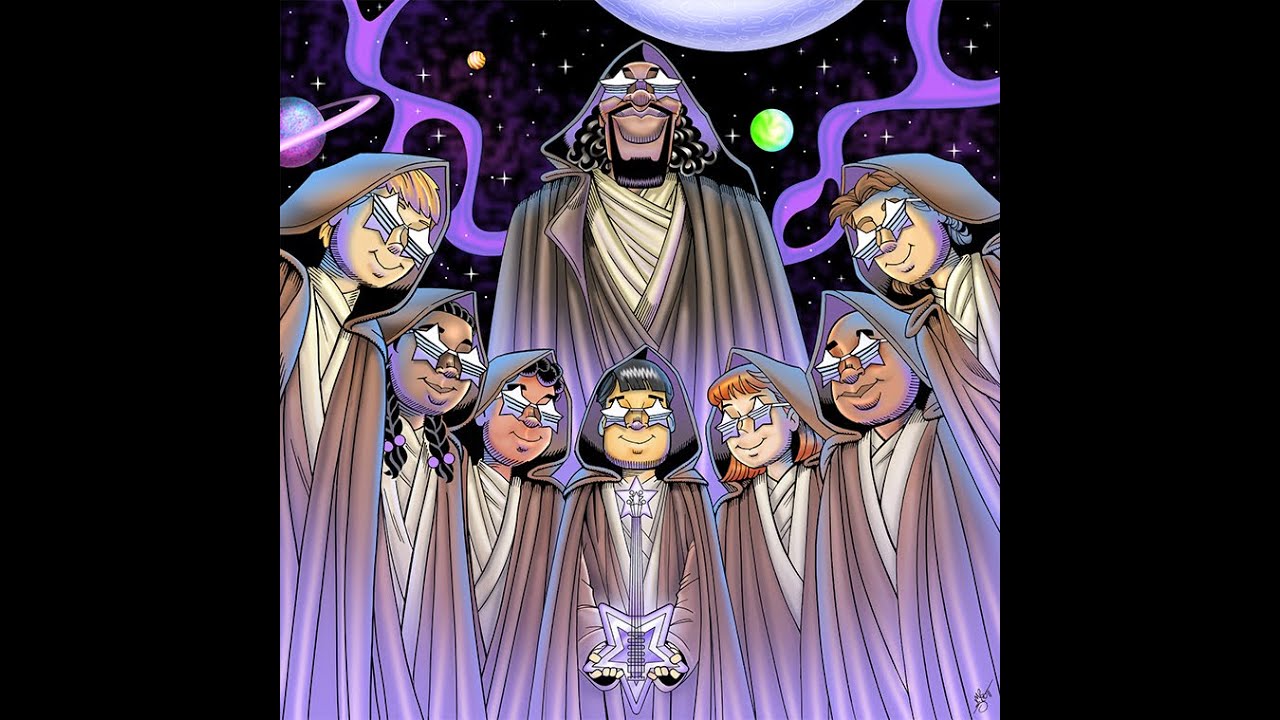 Thanks! Had missed that one.

But I’m not sure what I think about it

, think I need to listen to it some more. I wonder if it’s gonna be on the new album…

Yeah I dunno if I’m much of a fan of it either.

I was wondering if it’d be on the album, myself. In the interview I linked he said something like “I had the album 75% finished but none of the tracks on there seemed right, so I made a new one” which gives me the vibe that it will be, considering he certainly had the album on his mind and he didn’t say anything about it being a stand-alone thing. But then again maybe I’m just reading way too far into it lol.

Happy Hope is like Dope, once u take it, u gotta have it! Hope is all we ever had, why give up now, unless u givin' up the Funk! Sept 18th. our Single "The Power of the One" will be Unleashed. Ck us at: thebootcave.com Feat: @GBguitar on Guitar. @SweetwaterSound Bootsy🤩 https://t.co/Z2KaX5UdHM
1 Like
next page →