More Bootsy music to be released! 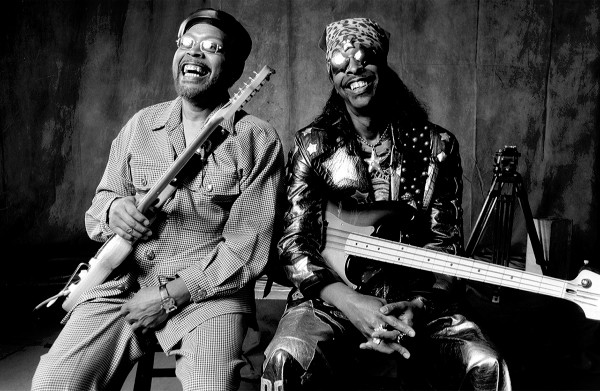 The House Guests played with funk legends but only recorded nine songs. They’re finally coming out

In addition to the House Guests album, Bootsy will be releasing the first EP in a series of archival music releases from over the years. Nothin’ But-U will come out June 28th and feature tracks from the last couple of decades, including “Bootsy Play-Cation,” a track he cut with the Rubber Band. The song features the type of groove Collins pioneered during his time with Clinton and a mix of funk and R&B vocals. The EP is coming out via Bootzilla Records’ Archive Series, which Collins says, will bring “you fun and positive adventures.”

Yes this come out a few weeks back before the incredible House Guest stuff.

I see that now. Nothing physical though, from the looks of it. I can see it on itunes, spotify and amazon.

I’d love it if he dropped it on vinyl.

Yeah would be great to have it on vinyl! And since it’s ”vol 1”, hopefully there will be more archival stuff.

Yeah, it sounds like this is going to be a series of EPs.

So the house guests cuts were released already I’m assuming ? I need to get these

Yeah it was released last year by Shake It Records. Great record!

Check out this topic.