Does anyone have this? Seems pretty hard to find. It would be great if you could share track 2, quantum leap. The other 2 are out there on YouTube.

Had no idea these existed until I read findagroov’s book.

Yeah that one is pretty hard to come by. Don’t have it, but here’s the cover! 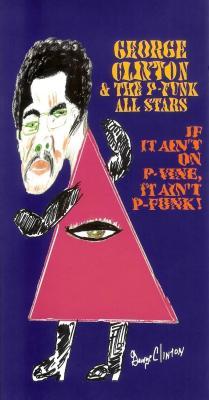 I wonder if @Findagroov has it. To review these songs, he must either own the disc or the songs, I reckon.

9 posts were split to a new topic: Sound quality of early P-Vine releases

That’s a rarity alright. Someone dubbed it for me on a cassette some years ago. It will pop up on ebay every blue moon.

Yeah, you know how you know when something’s rare nowadays?

This would be in the third category.

Hmmm, this is getting me to wondering. How rare do you suppose the Police Doggy EP is? I’ve got one over here and am tempted to put it out there and see what happens.

Well I just went over there. It ain’t as in demand as I thought. I think I will sit on it.

Yeah, I just got it a month ago. It’s rare enough that I had to pay double what I am used to paying for a CD, but was easy enough to find.

Dope Dog, on the other hand, I had to buy the only one on the whole internet, for $60. It said it hadn’t sold in two years prior. Immediately after, two copies showed up, for much less than $60.

It has now been added to discogs This officialandbootz guy has been turning up in a lot of places lately, in releases that I’ve been adding, updating and checking. I think we have ourselves a P-Funk connoisseur.

Every day I get a couple of messages saying there have been changes affecting items in my collection, and when I check, it’s this same guy, usually adding complete pics, usually to a secondary or tertiary p-funk item (like brides, parlet or fuzzy). This guy has it all and he likes to contribute. I’m gonna tell him about these forums.

In the recently added Discogs listing, five people claim to have this CD, including our very own @Dan.Wooridge - just tagging him to get his attention. Dan! You’ve gotta rip this CD!