Continuing the discussion from If it ain't on p-vine it ain't p-funk mini CD:

Interesting but…Most of the the P Vine releases from back then were of dubious quality usually cut from vinyl. I am curious though!?!

What are some examples of albums that were released by p-vine? I am not 100 sure that I have any, but I am betting I have at least a few. But I don’t recall anything I’ve purchased having noticeably bad sound quality.

The version of terrestrial touch I found on YouTube was brutal quality, but I don’t know whether it came from the CD or not. It also says it’s a demo version . Feona funk sounded fine though

It’s confusing early nineties they did Arista releases, Osiris, Bernie and maybe the Parlet invasion of booty snatchers (fake poly gram?) all cut from vinyl only the recent cd issues being cut from Tape… They also did civil attack and Don Blackmon from vinyl… my memory ain’t what it used to be???

Yeah, they’ve done a lot of releases. Haven’t noticed any bad sound quality either, but on the other hand I don’t have so many releases from P-Vine.

Cut from vinyl… unlike the more recent one from tape on different label that is cut from tape… the last few years saw a couple of Brides albums, the Bernie Woo And Quazar released for the first time from tape on cd after all these years, plus a Fuzzy cd with a couple of 12” mixes also previously unavailable!

Don’t know if this warrants its own topic so I guess I’ll just drop it here.

This may be a fairly insignificant piece of information, but I just stumbled upon an upload of the extended Quazar album officially uploaded to youtube just last October. Funny, cuz I had just uploaded my own rip of the non-expanded version last March, after seeing that there wasn’t a particularly high quality or comprehensive upload of the album on youtube.

Who knows, maybe we’ll see some more rare P uploaded in the future? I guess we’ll just have to see… Anyways, here’s the link to the playlist if you’re interested to hear it:

Yeah, the older 90’s Quazar cd issue on P-Vine is cut from vinyl and the newer issue is mastered from tape, there is more than one P-Vine label which confuses me sometimes.

Is this version ‘extra rare’ because of the misspelling on the side of the jewelcase? Quazer in stead of Quazar. This is a P-Vine release with a perfect sound. 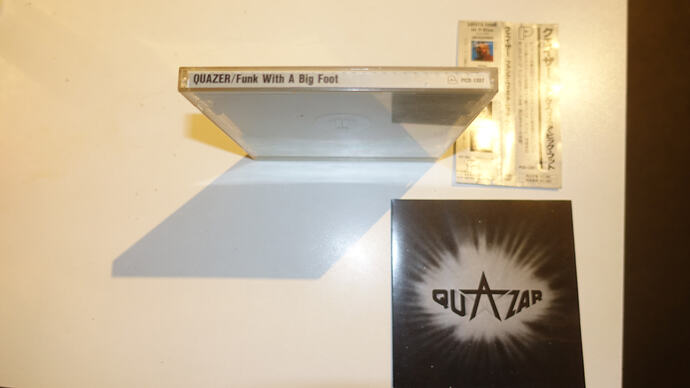 No. There is only one Japanese CD release (which that one is). This is the release that (according to @MrSuperNobody ) was sourced from vinyl. I believe I did some research into this that confirmed this but I don’t entirely remember, either way, I have both CD copies and it sounds like this is the case. Yours is this release on Discogs: 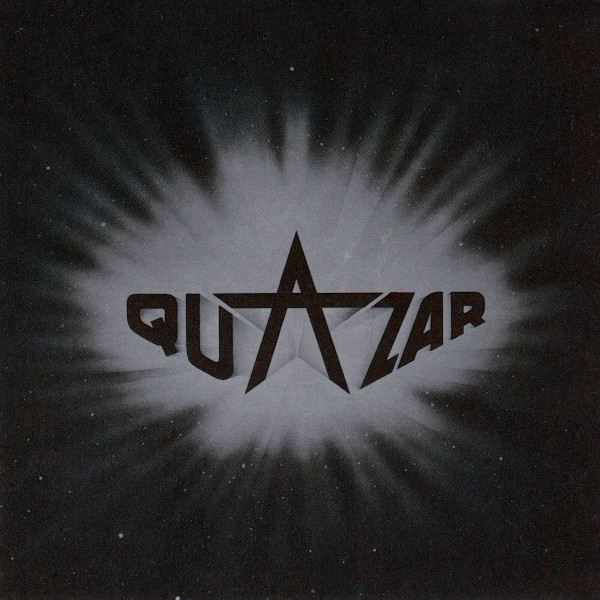 Quazar - Funk With A Big Foot

View credits, reviews, tracks and shop for the 1991 CD release of "Funk With A Big Foot" on Discogs.