Did the book about the women of P-Funk ever get released?

I remember some talk about it a couple of years ago, but I never saw it. Would love to read it! Apparently the title was (/is) The Girl is Bad: The story of the women of Parliament-Funkadelic.

Mallia’s son, Seth, was supposed to be working on the book and the documentary film. Not sure what the current status is…

I asked Seth about it and he said he was in the editing process. He also said that it’s “about 98% done”, so hopefully we’ll get the book real soon!

That’s great news! Wonder if the documentary will come out too…

He has been saying it’s 98% done for several years now so I would not hold breath. Maybe one of these days he will be done with the remaining 2%. In the meantime Dawn Silva has been talking about finishing a book soon as well. I’d put my money on her’s actually materializing.

1 Like
The Dawn Silva book - Shadows On The Wall
Live session about the book The Girl Is Bad
silentboatman February 9, 2021, 4:06pm #6

Seth posted on fb that he got the final edit from his editor. So maybe (just maybe

) we will at last get his book. Would be awesome! Mothership Connected 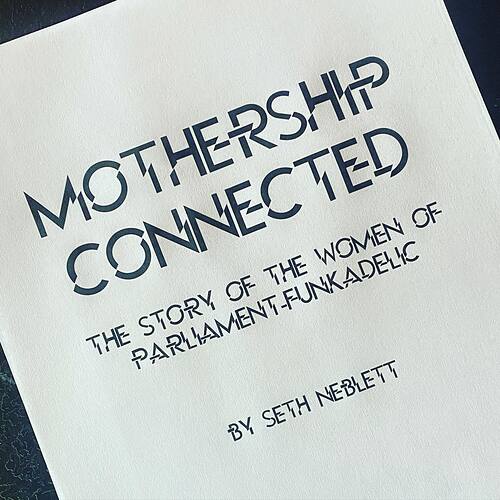