In anticipation of the upcoming Motor City Booty vinyl re-release, I went back and listened to a lot of Amp releases and started reading interviews and stuff. Did you know he stared working with pfunk as early as around 1984/1985? He’s done so much things! Here’s two nice article/interviews. 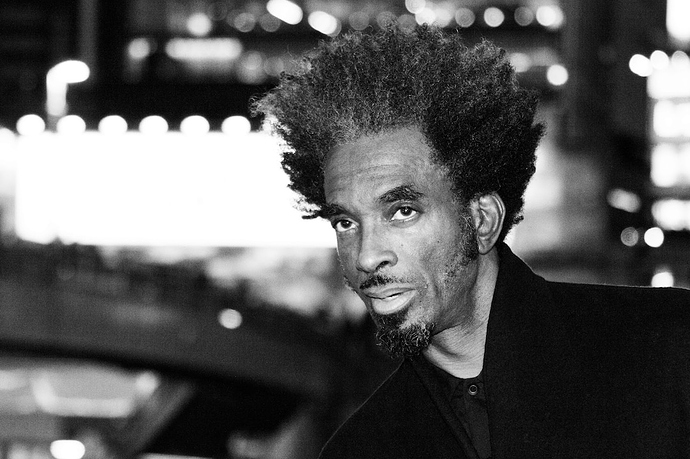 The producer, keyboardist, singer and Detroit cornerstone revisits his collaborations with P-Funk, Prince and J Dilla. From P-Funk to J Dilla: How Amp Fiddler helped put Detroit on the map

Working with P-Funk, J Dilla & Moodymann, Amp Fiddler is the thread that ties funky Detroit together. We stop by to talk about the records that shaped him.

One thing I wasn’t able to find (and don’t really remember) was when he stopped touring with pfunk (as a regular member). Anybody knows?

A thing that I did find was that he made a 7" single named Spaced Outta Place all the way back in 1981. There’s two different releases, credited to two different groups. One name is Sundown. But the real strange thing is that the other name is Space Cadets. Whaaat!? The same name and from the same year as the usual Space Cadets (with Bernie)… Coincident? I don’t know. And that was a couple of years before he hooked up with GC. Anybody heard the story behind that? 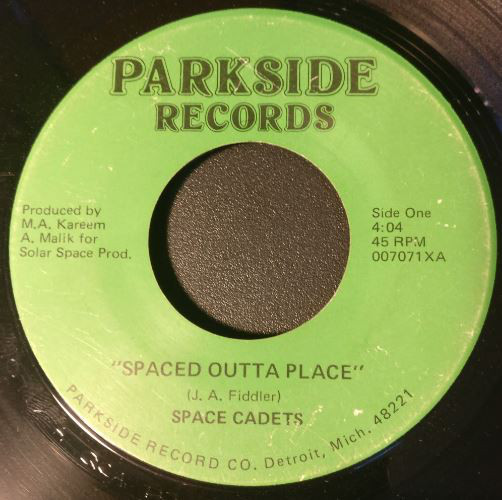 The tracks on the releases seems also to differ. Here’s what I found on youtube. 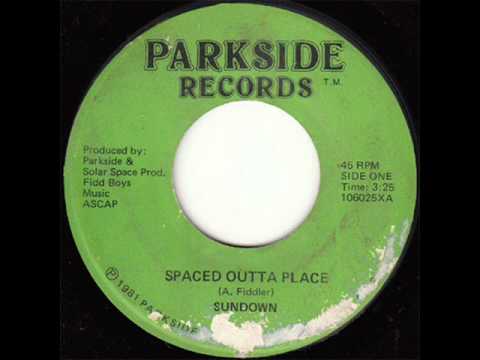 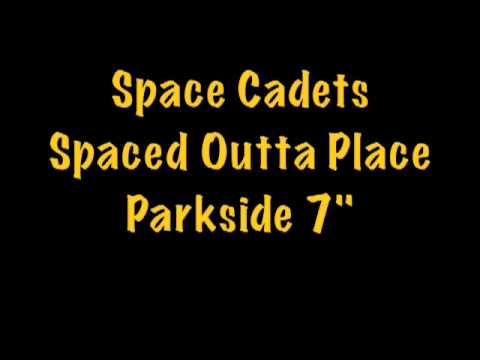 What up Funksters, The first record I ever made was the Spaced out of place in 1981 I think. Had just got my first synthesizer and was heavy into PFunk etc. Fun key times fa sho.
I decided to stay home to raise my son after 10 years of touring with the Funkiest band on the planet in about 96…Family was high on my list at the time

. Thanks for checkin this y’all

Thanks for the info @Ampidelic!

I wonder if you were at the pfunk show I saw in Stockholm in ’96. Gotta go back and check my photos

Anyhow, do you remember why this 7” had two releases with two different names?

What up doe Silentboatman …We releases the faster version and realized the slower version was better and released it afterwords.
Funk is most o the time better slower even though I make shot for the dance floor funky as well

Amp is a musical genius. I’ve seen gigs in the 1990’s where he was doing some stuff and I thought it was the second coming of Bernie.

I first saw Amp playing free at the 2005-6(?) TasteFest, amazing gift. Killed it.
Been looking into his other work, thanks for posting this track!

No problem. Welcome to the forum! 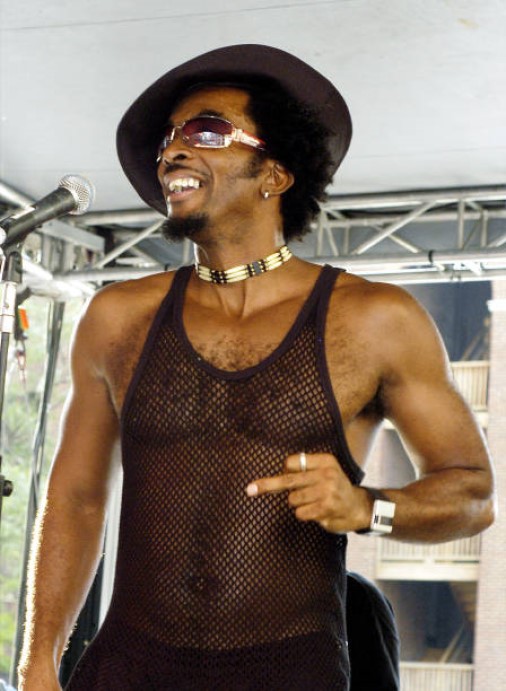 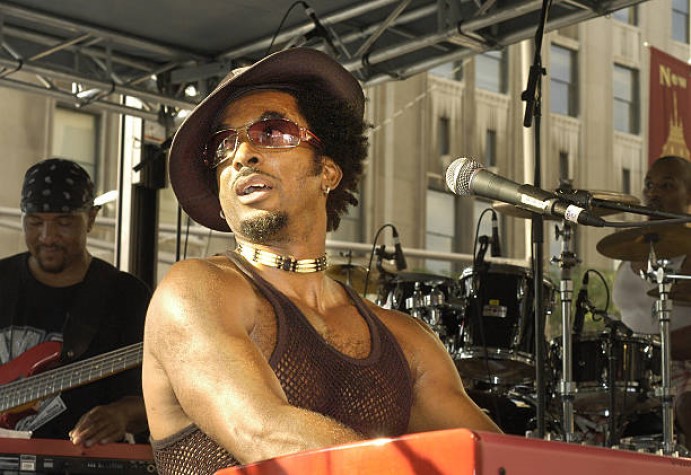 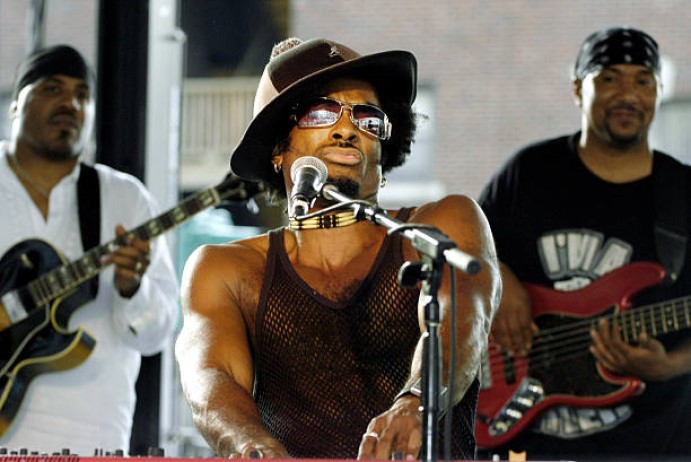 Criminally underrated musician and apparently a very humble soul. He should be at the top of somebody’s chart and a household name in music but he doesn’t seem to care about that. I heard he is much more well known across the pond than he is here in the states.

Thanks for the welcome! I was able to piece it together, I saw him there the year before, same day as Los Lobos. Definitely remember my sister kept calling him “Amp Finder” lmaoo 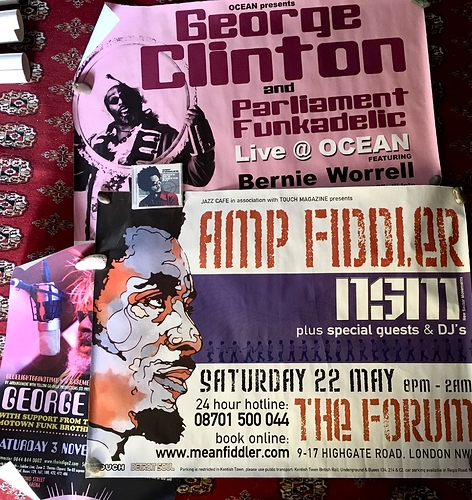 I knew I had an Amp poster somewhere… I also dug out my (md) recording of this gig from 2004, way too loud… shame it wasn’t one of my best! 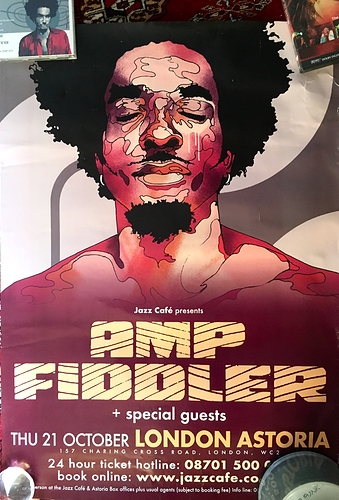 Nice posters! To bad your recording turned out too loud. I think I have a live show with Amp, I need to see if I can find it.

Cheers! I’d completely forgot I had them until I read this post. Dunno about the live show I listened to half of it before I gave up. On a more positive note there was a recording of my daughter with her friends aged three on the same disc which was also great to rediscover.

The weekend before the gig ‘Amp’ appeared on BBC ‘The Jools Holland Show’ great performance especially the second song!!!

Someone changed the artist on this release to be the same as Bernie’s Space Cadets. That’s wrong, right? I never got the impression from Mr. Fiddler that this had anything to do with those guys.

Yeah, that’s wrong. I changed it to another one.

. And both were playing keys for the p, what are the odds??

My new favourite thing: the music of Amp Fiddler. Been hammering the first two albums all weekend and just started playing Motor…