I remembered how I first got into P-Funk and it’s because I heard this sample in Sonic CD’s boss theme, as shown in the Japanese version of the “creepy” Majin Sonic easter egg: “work that sucka to death, c’mon now, work that sucka to death.” Sonic the Hedgehog CD - Boss Fight - YouTube
I then went to find out where the sample was from and it was from an Xavier song featuring George and Bootsy. I was curious about “Sir Nose” so I quickly googled and fell down the funk rabbit hole leading me to where I am today. Thanks, Sonic CD!
Xavier - Work That Sucker To Death - YouTube

This live show (audio only) recently popped up on YouTube from 1982: 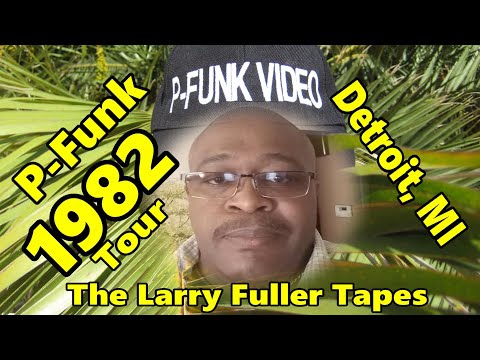 In a couple songs, George can be heard leading chants which strike me as derivative of “Work That Sucker to Death”. However, I think he is saying “Suck that worker to death” in the live recording, which I don’t recall hearing in the Xavier version.

This is an interesting show in general. I believe it has Dennis Chambers on drums, and you can hear some of the arrangements the band used on the Atomic Dog tour developing, though the lineup is missing some of the “All Star” players that came back in ‘83 (no Bernie or Maceo and I think Skeet was out at this point, though it’s hard to say exactly who all was in the lineup just based on the audio as there are no band member introductions as there were for the Atomic Dog Tour).

Suck that worker to death” in the live recording, which I don’t recall hearing in the Xavier version.

If Sir Nose can say “twerk that ducka to Seth”, it would make sense that George said that
Also where are the “suck that worker to death” chants exactly in the video? I need timestamps.

Then you shall have them…well, one at least…

It is indeed ‘suck that worker to death’.

That’s a great show. Detroit sounds like it’s having it. 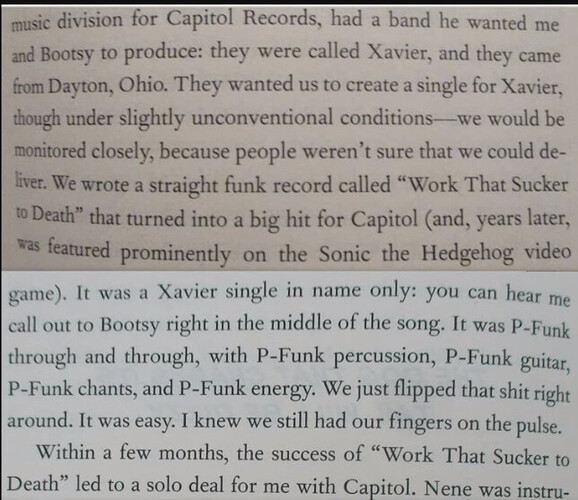