Do you by any chance have rips of those Mico Wave singles?

Yeah, I thought Drop The Line should have done better, but it wasn’t promoted. From the label’s perspective, should be called Drop The Ball.

Backing band on the date is basically Funkadelic IIRC.

I should be able to put an mp3 of them in the can for you. I think the Star Search is 4 mixes. Misunderstood is the album version but the B side is an instrumental I think. It might be the “scratch” parts though I can’t recall (like Double Oh Oh & Break My Heart)

Gabe Gonzalez is somewhat of a rhythmic genius. He rolls out some of his latest mixes on pfunkradio.com every Wednesday night at 10 PM EST.

I’ve just been listening to Eargasm, funnily enough. Grew up loving Just the one and Who’s making love - all the Stax stuff.

Checked him out on Tidal and was surprised to find he’d been more successful with a song called Disco Lady…interesting…so I put the album on…that sounds familiar…don’t sound like no disco…sounded something like raw funk to me…,

So I check the credits and see such names as George Worrell , Glen Goines, William Collins - when you click on that it takes you to some fat white guy. There were some less bonkers and more familiar names - Brandy, David Van Pitte.

So I thought I’d check on here. Anyone know who is on here from the funk mob? The internet’s knowledge is scant which is mad for an album with a platinum selling single on it.

Bernie’s keyboards on I’ll keep on loving you are off the tits!

*okay, It don’t hurt like it used to is Disco.

I knew Disco Lady was written by Bernie Worrell, Glen Goins and Bootsy. The story I heard was that they only got paid $250 dollars for it or something stupid like that. When it became a massive hit, George Clinton went to see Johnnie Taylor to tell him to pay the boys properly. The flaw in that plan was that Johnnie Taylor carried a gun and George didn’t, so the conversation didn’t last very long

I was thinking the same thing as you. There is some p-funk involvement on this album, but it would be nice to know exactly who and exactly on which tracks. those older albums don’t always have the most detailed information, they often just give credit at the end and then you’re left wondering exactly what they contributed.

Do u know what one of the most critically overlooked and criminally underrated albums with P-Funk involvement is?
Jeannie Reynolds’ “Cherries, Bananas & Other Fine Things”.
Sometimes I forget what’s on it then one will come up in my shuffle mix and I go damn this chyt is heavy.

And is one of the more, er, entertaining songs about fruit you’ll ever hear. Absolute filth! I loves it.

Tidal (for once) has come up trumps and has Cherries AND One Wish. Happy happy joy joy.

Live and Kicking - George Clinton and the P-Funk All-Stars.

How about the George Clinton Chocolate City: London P-Funk Live at Metropolis? It was a Record Store day release. Contains parts of the show on vinyl, all of it on 2 CDs, and a DVD of the performance?

Not sure if that falls into what you’re collecting but I didn’t see it on the list.

I downloaded it but it’s too huge and extravagant an item for me. If it came out in a “just CD” format, I’d be all over that.

This thread is so out of date! I believe I have 217 P-funk CDs now.

Got the Mr Fiddler album on cd the other day from Amazon. It’s boss. It swiiings. It has Eddie on it.

5 posts were split to a new topic: Baby Elephant - Turn My Teeth Up!

I’m into this…into this my peoples… 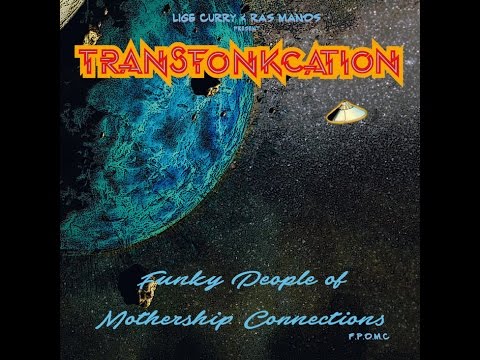 I’m the same as you similar age, and have been buying P funk CDs and vinyl for the last 23 years.
The 1986 mtume album theatre of the mind has Bootsy all over it, and most of Malcolm McLaren’s Bootzilla Orchestra album was produced by Bootsy.
Another CD your are missing is P funk all stars if it’s not on P Vine, it’s not P Funk. That was a mail away in Japan featuring 3 unreleased Ron ford and Donnie Sterling tracks.

Yeah, I think we all know that one exists, we just also know we’ll never get it!

I got If it ain’t on P vine, it ain’t P funk about 2 years ago. It did take me a good 3 years of looking for on Ebay.