I have been researching unreleased P-Funk albums, in an attempt to “sort” the tracks on the more recent albums, for a more enjoyable experience. When I came across the post on The C-Conspiracy In The Last Time Zone on this forum, I sought out The Mammoth Sessions leaks mentioned.

While listening to the tracks, I noticed on track 2, ‘Nosey Nose’, the following line: “down, way down North, up river, [closin’?] up South”. Curious, I transcribed the track (only a few parts were unintelligible), and it sounds like it could have been on the Upsouth album. I couldn’t find anyone mention this online. Has anyone else noticed this? I am aware of the one live track off of Funk Um Agin… For the First Time, (when I listened to it, I was curious how people know the song is from Upsouth).

I need to go back and revisit the Mammoth Sessions and Funk Um Agin! But don’t know more about Upsouth than GC been talking about in various interviews, like that Spin one from 85.

@MichaelClipPayne also has a track called Upsouth from the unreleased Emperor Has No Clones. Don’t know if it has anything to do with the Upsouth album, but it’s an awesome track. You can hear the beginning of it in this clip. 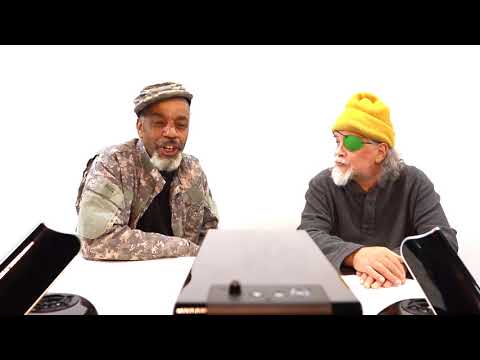 And I also found this clip with Lige Curry, but don’t have any info about it. 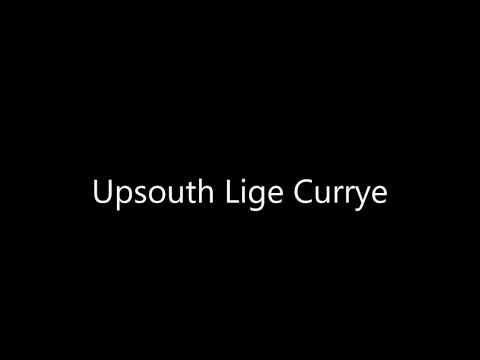 Welcome to the forum @ChrisB!

@silentboatman Thanks for the welcome (sorry for not yet posting on the Welcome, I’m a bit shy). The forum is valuable resource for fans of P-Funk.

So, yeah, I saw the discussion on here with the Emperor Has No Clones on here, and the listing of the Upsouth track. However, I had not seen these videos! They really provide me with more questions than answers.

The first video I could definetly see fitting the “South” theme enough style-wise. I wonder if there are meant to be lyrics to it (besides an “up South”). I could see it as a mood-setting intro track like Mr. Wiggles on Motor-Booty Affair, for example.

The second video is a gem of a gold mine, adding to my confusion about the style Upsouth is supposed to be in. (I know George is also not afraid to mix and remix, which always adds to the confusion.) Some songs that I speculate potentially being on the album have twangy guitar (leaked Ya Turn To Burn or maybe just Burn), others with 80/90 drum-machine (Maximumisness, High In My Hello), tracks matching a Southern part of the body (butt) theme (Lady Likes Bottom, Somethin’ Stank; A Fifth of Funk Japanese release Family Series cover maybe?), recycled (Ball of Confusion, maybe for C-Conspiracy?). (I intend to elaborate on these and more in follow up replies if I don’t mention them right now). And with motiffs, Drugs, (Mind) Control, Farming, Southern Food, Butts and the South. These themes appear on pretty much every major mainline P-Funk project at least as far back as Hey Man… Smell My Finger (there’s so much, it is overwhelming).

Anyways, the most interesting part of the second song to me are the mentions of “cornbread”, “corn-on-the-cob”, “baked-beans”, “chocolate-cake”, “bannana bread”, “peach cobbler”. One of my hypotheses about Upsouth is a motiff of food, especially Southern food. Maximumisness from Hey Man… Smell My Finger being a prime example: “where are the lumps in my gravy”, “what I wouldn’t eat if I wasn’t on a diet?”, “biscuits good to the gravy when you sop”, “gravy from greens is called pot liquor”, “awwww let’s eat”, “organic truth”, may I take your order" (related to Do Fries Go With That Shake?), “food for thought”.

Other songs include , High In My Hello (High in My HelLOW, “The funk is a fake, never let the icing, get in the way of your cake”), Somethin’ Stank (from How Late; “hydroponic and water-grown grain”, “THC be the reason, twelve months straight, [?] reap the season. I got it gonn’ from the farmmer and the del ta the fourty-pound pell”, “tasty cakes”), Roller Rink (in The Mammoth Sessions/First Ya Gotta Shake The Gate, “mashed potatos, [collards and brown(?)]”). I’m sure there’s more are slipping my mind, but it is hard to keep track of all of them.

I should say that there is one other song besides Rap “N*****ish”, that I believe is confirmed to be on the album and exists (also as a live version): Lady Likes Bottom.

In a Q&A on dawg pfunkarchive org, in March 1998, apparently George said the tracks “Lady likes Bottom”, “You Reap What You Hoe!”, “Refusing to pick the cotton out of a pill bottle -because I vowed never to pick cotton again-Died of a Headache” were cut for the album.

I am positive that this is a live version of Lady Likes Bottom (starting at about 2:40) released by Starr Cullars on the album Starr Cullars LIVE!. There are the lyrics “he’s got a ranch of his own. Lady likes bottom” (matching 1985 interview mentioning farming) and “up is just a place to throw down from” (Up/Down word play). She also mentions George and her wrote the song.

Now the rest are weaker links. You Reap What You Hoe! could be Ya Turn To Burn (link to 2 postings above). There is a line said at the start, and repeated a few times “Here I come to save a hoe, I’m here to let you know, and I’m good to go”. Also hoe related, the spin article mentions “hoeing in concrete” (maybe a double-entendre). I’ve seen people suggesting in the comments of the YouTube post, the origins of the song to the 90’s to early 2000’s, so maybe not (for C-Conspiracy instead?).

Finally, I don’t think I found Died of a Headache (is this the song title?), but did come across Headache feat. George Clinton by the Smudge All Stars. There is a unsettling synth atmosphere and a harmonica(?) (Southern theming?). Some lyrics sound paranoid (again, for C-Conspiracy?). While there is no “picking cotton out of a bottle”, the headache could be related to the interview discussion on mind control.

. I realized Headache is probably just George recycling Headache In My Heart (for The Debonairs), and later re-used in Some More (Funkadelic).

I planned my posts poorly, so I’ll use this post as a scratchpad for updates.

In the October 1983 issue of “Black Beat” magazine, George teased Sir Nose’s return in Up South. Here’s a picture of the article someone posted on Facebook that I used to transcribe the relevant passage.

George also made a brief comment on the upcoming Parliament album which will herald the return of Sir Nose. “Yeah, it’s time he came back and started diggin’ the funk again - he’s been out of circulation for too long. The album will be called “Up South” - as opposed to “Down South” - and will put a new angle on all that cotton-pickin’ stuff - y’know?”

In a November 2018 Reddit AMA with George, user ECA42790 asked for details on “the unreleased Parliament album ‘Upsouth’ from the 80s”, and about releasing more unreleased material for more family series compilations. George said,

Yes, it might come out! I have a lot of material that I did with people. Clowing in the streets and doing wrong, a lot of music was created. A lot of it is popping up now.

I assume the “it” he’s referring to is Upsouth, so I guess this means that it is in a releasable (but perhaps not finished) condition, and could see the light of day like By Way of the Drum. However, since he said this three years ago, said it MIGHT come out, and has a track record of underestimating release dates, who knows if it will actually get released.

I reckon the album must have been just about finished, a unreleased track by Andre Foxxe called N*****ish is also credited as Parliament, so I reckon it’s very likely this was meant for the album, the credits of the 1990 film House Party list it on the film’s soundtrack, but it didn’t make the release.
Andre Foxxe said he wrote Do Fries Go With That Shake, but wasn’t credited for it, so he was recording for Clinton when Upsouth was being made.

Not sure if necessarily related but the mention of Southern food (cornbread, collards, biscuits and gravy etc.) certainly brings to mind Hot Saucer from Bootsy’s Worldwide Funk