The Meeces to Pieces reference

Also Starchild says he loves those meeces and Sir Nose says he hates them, what/who are the meeces?

We used to think the 3 blind meeces was a reference to Calvin, Fuzzy & Grady.

Yeah “meeces” is a made up plural form of mouse. Pixie and Dixie from that cartoon @FreedomFlower pointed out are the meeces. 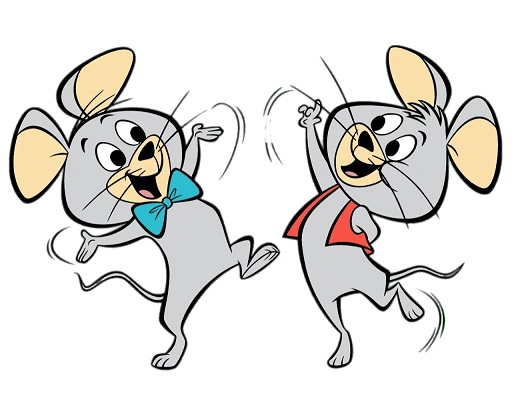 And I found this about Mr Jinks the cat on the Hanna Barbera wiki:

Mr. Jinks is a character in The Huckleberry Hound Show. He is the cat who constantly chases Pixie and Dixie, of whom he routinely said, “I hate meeces to pieces!”