Shadows On The Wall, Shaped Like The Hat You Wore

Prompted by the Electric Spanking original track list discussion, and as according to the Kris Needs book the Brides recorded a third album in 1980, i was wondering if anyone knew what cuts would have appeared on it. Or indeed, if the assertion is even accurate?

Yes it is a rumored 3rd album by the Brides. Some of the tracks later end up on other projects. As far as I know Catch A Keeper was planned for it. And I think a version of French Kiss from Cinderella Theory. Could be somn from the Family Series was supposed to be on it too.

Yeah there’s a lot of tracks from the Family Series with the Brides. Some of them must be from that album.

I came across two potential versions of the album online. And even better, you can listen to either of them right now, in their entirety! And yes, there exists a version of the title track (if you’re willing to handle the low quality). I’d like to know which one people think is the “final” version.

Shadows On The Wall Shaped Like The Hat You Wore

The first is on the Prince org forum by Shango. The track-titles posted match the ones released on the family series. Also listed, are details about who was involved (which makes it seem more like the final version).

Shadow[s] On The Wall Shaped Like The Hat You Wore

The other post I came across was on Facebook, posted by user EddieHazelandtheParliamentFunkadelicThang. On the surface, track listing for “Shadow On The Wall Shaped Like That Hat You Wore” (intentionally left off the ‘s’?), looks quite different. (The post also lists a fourth album track listing, more below). However, listening to the lyrics of the tracks from the first post, it seems clear enough that the tracks are the same (excluding Too Funky In Here, released as a single by P-Funk All Stars). Twenty Bucks is Make Your Move (the song starts with “Are you ready? Let’s get it on. Make your move”. With I’m Going Left, they don’t exactly say the song title, but do a Right/Left thing with “Think right if ya wanna go left”. Finally, Just For Play is Love Is A Baseball Game. I think the lack of a baseball reference is intentionally cryptic, fitting the line “You’ve been in touch with me for a long time, and you don’t even know my game”. Additionally, besides the clear relation between the track titles, there are lyrics that could be interpreted as allusions to baseball: “twist and turn me” and “you know you have to get caught”.

On both versions of Shadows On The Wall Shaped Like The Hat You Wore, the only song missing is the title track. I don’t believe it has ever been officially released as intended for the album. However, again, while researching unreleased albums, I found the discussion here on The C-Conspiracy In The Last Time Zone, and was listening to the mentioned The Mammoth Sessions leaks. While listening, I noticed the track titled Da Da Da contains the lyrics exactly matching the title track/album name. Furthermore, the guitar on it seems to be continuing the Western theme of the previous album, Never Buy Texas From A Cowboy (which is present on Twenty Bucks/Make Your Move and Think Right/I’m Going Left). (Tangentially, I think the Diddles and Dah-Das on the track were later used/quoted on the track Martial Law, released on Hey Man… Smell My Finger).

And here’s the other (fourth) album mentioned (I’d consider opening a new discussion, but the album may not even have a title). Interestingly, French Kiss was released on The Cinderella Theory, and Hey Good Lookin’ & Do Fries Go With That Shake on R&B Skeletons In The Closet. For track 2, I can’t remember if I’ve heard a P-Funk song with mud. Regarding tracks 3 and 4, I have been researching unreleased albums (see the discussion here about Upsouth), and encountered Johnny mentioned in Rap “N*****ish” from the live album Funk Um Agin… For the First Time. There could be other songs mentioning Johnny, but, personally, either I can’t recall, didn’t notice, or haven’t listened to them yet.

Thinking it over, maybe Doing It In The Mud is related to Stingy (You Shouldn’t-Nuf Bit Fish) with the “hog” references, and Johnny Was A Pimp is related to Cool Joe (R&B Skeletons In The Closet) since “He said, 'My rent is due, and my car loan too, but I ain’t worried, 'cos my women will have it by afternoon”. They are both a stretch though.

I’m hoping that both Dawn’s book and Seth’s book will give us more info about this. If they’ll ever come out

. Dawn’s book is even called Shadows On The Wall…

I just noticed from The Mammoth Session leaks, the track “Socially Engineered Anarchy Induced Chaos” (released as “Viagra” on How Late…), ends with about 25 seconds of what sounds like a sample from “Doing It In The Mud”. I think the same clip is also played a minute earlier, but this one is hard to make out, since it is buried under the rest of the track.

Excellent noted! I missed that one. Listening to it now, I can also hear the sample that’s a minute earlier.

Currently, I’m thinking that “Doing It In The Mud” could have evolved into “Oil Spill” (1993) (later evolving into its own song “Oil Spill” (1999) (unreleased), and finally “In Da Kar” (STG)). Something about the lyrics ‘slippin’ and sliding’, how ‘in the car’ and ‘in the mud’ are sung with group acapella, and ‘mud’ rhyming with ‘blood’. But, it’s just wild speculation.

I should also say, that the untitled fourth album sounds a little too dirty for the Brides concept, so it might be worth looking for Parlet connections, since they were intended to be more raw funk.

Anyways, all that’s unaccounted for now are “Johnny Was A Pimp” and “Run Johnny”.

I have heard the album, Shadow on the wall is the only track that isn’t released. It’s a instrumental lead guitar track, with I reckon Michael Hampton on.
All the other tracks were put out on the family series, and Catch a keeper was put out on the p funk all stars album.
All these tracks sound exactly like the released versions.

Hey everybody. New 'round here and wanted to pass about my 2 cents which I just acquired around 10 minutes ago…
I’ve had the “Shadows On The Wall” title track in MP3 form for a little while now. Sounds the same as what’s been described. I was listening to Vol. 2 of the Family Series for the first time in awhile and I only just realized that “She’s Crazy” by Jerome & Jimmy Ali is the exact same recording as my “Shadows On The Wall” MP3. Only difference is that Shadows is much lower quality and might be from a tape. Hard to tell with the MP3 compression. Unsure what to make of this… any thoughts?

Yeah your right the year 1980 adds up, the version I have is off a vinyl record. So I reckon it is a test pressing of the brides 3rd album.

Will have to check the version of Shadows On The Wall that I got. Not currently at home, but will check that next week. Welcome @ambro278!

Regarding the 4th album, I was listening to some Louie Kababbie demos and noticed “Johnny Sold Rocks” (or “Johnny Hang Rocks”?) seems to use some of the lyrics heard in "Rap ““N*****ish””. The description in the video below claims “This is a, Brides of Funkenstein song that was never released.” 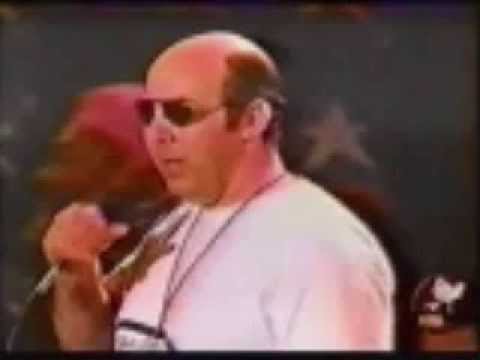 5:33 is the same lenght as the jerome ali track on the family series

that book from Kris Needs is full or errors and wrong info…its hard to read…to much info from internet and i guess he didnt doble check his sources. to me a terrible book

Yeah it sounds exactly the same, but it is a vinyl rip I reckon from the test pressing of Shadows on the wall.