This release (with mostly live tracks) were just added to record store day 2020. 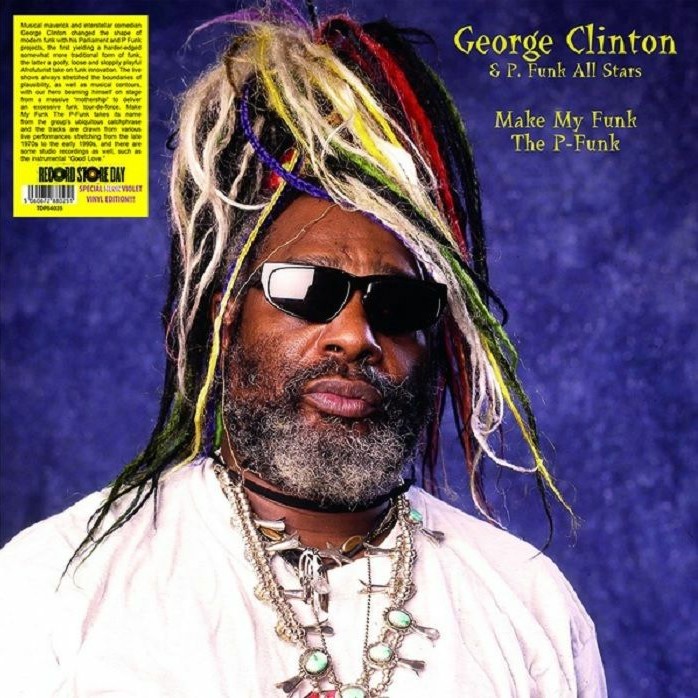 The track list (from what I read) is the following.

Since it contains State Of The Nation, Ain’t Nothing But A Jam Y’all and Good Love, I suspect that every track on this record is taken from the Live… And Kickin’ album. It’s like Live and Kickin, but made into a single disc vinyl.

Another thing worth noting is that the Live… And Kickin’ album has already been released with several different names. It has been called Take It To The Stage, 500.000 Kilowatts Of P-Funk Power and Make My Funk The P-Funk.

And you just named two of the three live albums I almost made the mistake of buying. The other was Greatest Hits Live!

I began to tire of all these kinds of thangs some years ago. Repackaged, rereleased, renamed…yet it is all the same previously released stuff. Although I do admit, the wax is kinda neat.

Agree. Although, to be fair… if this WAS unreleased material, you better believe I’d want to get it. (in digital form, that is)

I think I’ll still buy it because I don’t have the studio tracks on vinyl.

Got my copy this week. No new content here, it’s mainly a gimmick. But I’m a completist and had to have it. Record looks nice in “neon” pink.

Didn’t know it was already available! Where did you get your copy? Found one user selling it on ebay.

I had a voucher from Juno and used it for this one.
I don’t think they should be selling it already, but then, I didn’t tell anyone.

And oh, hey, don’t buy it from that Ebay seller. IIRC it was pretty overpriced. I paid something around 17 or 18 bucks I think.

Thanks for the info!

Unless the Live… And Kickin’ album isn’t a live compilation, the tracks on this single disc “are drawn from various live performances stretching from the late 1970s to the early 1990s… and there are some studio recordings as well, such as the instrumental , *Good Love”
This is stated on the hype-sticker on the album.

This Greatest Hits Live? I love it - been on constant rotation for the last 27 years 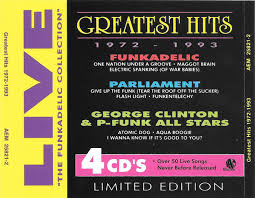 Unless the Live… And Kickin’ album isn’t a live compilation, the tracks on this single disc…

Yeah, Live… And Kickin’ is a compilation of mostly live tracks. Three of them are studio tracks (the same tracks as on this one).

Welcome to the forum @dancing_mule!

This Greatest Hits Live? I love it - been on constant rotation for the last 27 years

The 4CD set is awesome!

I think I was referring to this: https://www.amazon.com/Best-George-Clinton-Live/dp/B000AA4IO4?ref_=d6k_applink_bb_marketplace

The one you pictured is outstanding, uncut funk, of course.

Some tracks on Live N Kickin are repeated from the 4 cd sets. It’s been a long time since I’ve listened, but right off the top of my head, it’s definitely the same Funkentelechy. I remember being really disappointed about that when it first came out.

You’re right, a lot of the tracks are the same (but edited). We also talked about it in this post.