Mutiny - 'A Night Out With The Boys' vinyl reissue

Just sharing in case anyone missed it and is interested. Mutiny’s 3rd album “A Night Out With The Boys” is getting its 1st vinyl reissue. There’s a link below to the Light in the Attic store. There’s also some variants at Vinyl Me, Please and at Zia Records. 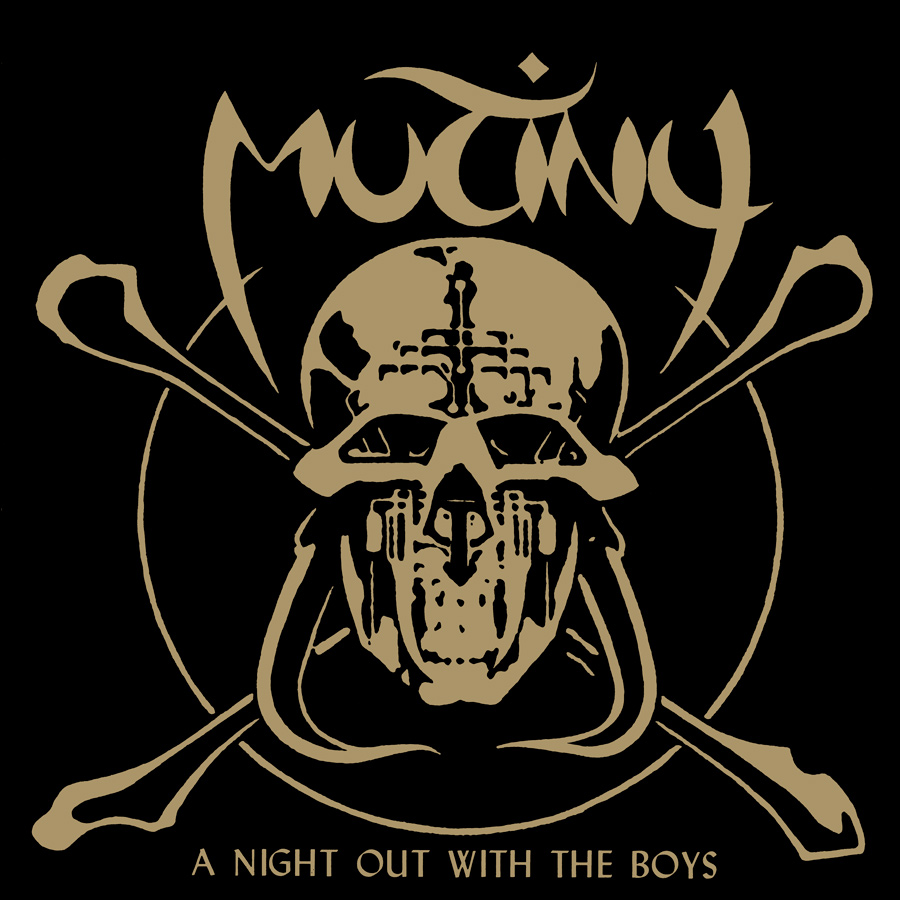 I missed that info

. That’s great news! A good copy of the original LP is really expensive.

All the versions looks great, but I still think I’ll go with the plain black one. The black vinyl and the label really match the cover. But then again, that VMP release looks pretty cool.

Light In The Attic - Clear 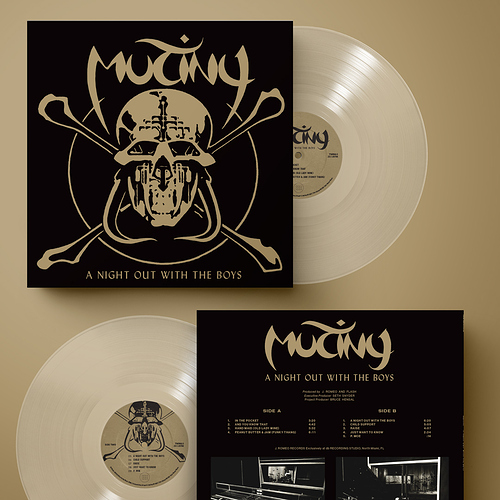 Light In The Attic - Black 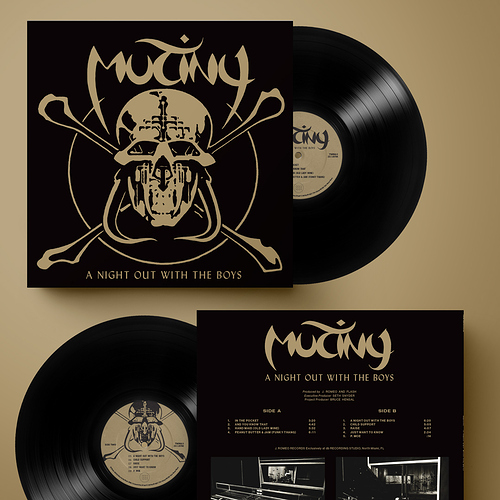 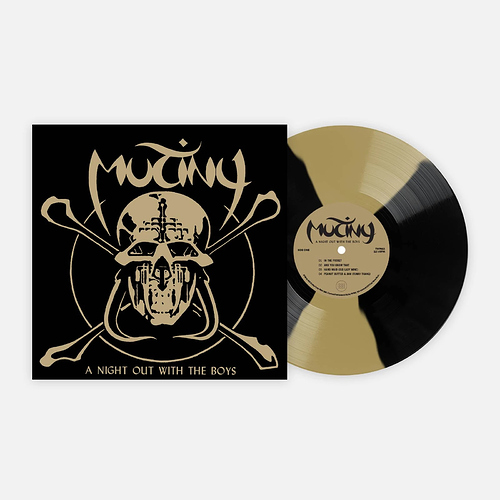 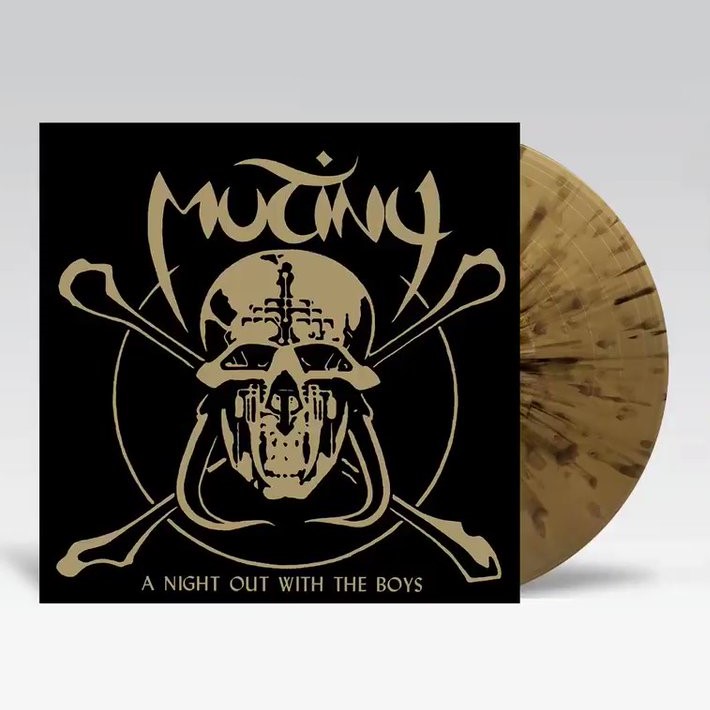 The clear one was out of stock before I found out about it. I went with the Zia exclusive. By the time I added in shipping it was only a few dollars more. I’m really excited this is getting reissued.

I saw it was being reissued a while back on the Eddie Hazel FB page. I really doubt that it is cut from tape, so I asked the if it was on the labels fb page!!! Ha! Somebody had to do it!!!

Great. Let us know if you get any answers! I guess if it were from tape, they would mention it in their info.

I hope I’m wrong but I reckon if Jerome still had the tapes to an album he produced himself and released on his own label he wouldn’t have waited this long to rerelease it.

MUTINY 'A NIGHT OUT WITH THE BOYS' -> Rare P-Funk album from 1983 -> Featuring Jerome Bigfoot Brailey -> Funkadelic/Parliament All-Star Line-Up -> First ever vinyl reissue -> Comes with a repro of...

That’s too bad. I wonder how it sounds.

Not as good as the tracks I have ripped from my original vinyl ha! Seriously though I imagine it will sound pretty good. With today’s technology most vinyl remastering comes out sounding pretty good!!! 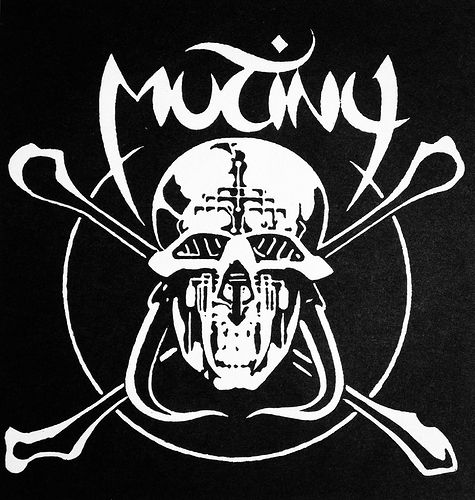 Even though this is quite likely their weakest outing I’m still pretty jacked about this.

Sounds nothing like the first two Mutiny albums. Complete stripped down sound. I gotta give to J-Romeo. He pushes in different musical directions. Now, I never heard a really clean, crisp recording of it. Somebody made a cassette bootleg or something years ago.

Now we are talking I realise that I’ve only actually got “Funk Plus The One”, and I’ve never heard Mutiny on the Mothership either, so I guess I need to get that too.

Spotify appears to have the first two Mutiny albums, but not A Night Out (in Europe anyways). I suppose it has something to do with that he released it on his own independent label (as @MrSuperNobody mentioned).

If you wanna listen to it before you get it, just message me and I’ll hook you up.

If you wanna listen to it before you get it, just message me and I’ll hook you up.

Yeah Night Out was just this enigma at the time. Totally underground. You’d hear "about " Mutiny having this 3rd album, but no one in my orbit knew how to get a hold of it.

Yeah! It can’t be that easy putting out a record on your own label. Not an easy to find record. A friend of mine remembers seeing a fresh box of them on a record stall at a flea market in the late eighties, he still regrets not snatching a few of them up. Ha!

Just got it in the mail today. Really good.Hand Maid (Old Lady Mine) 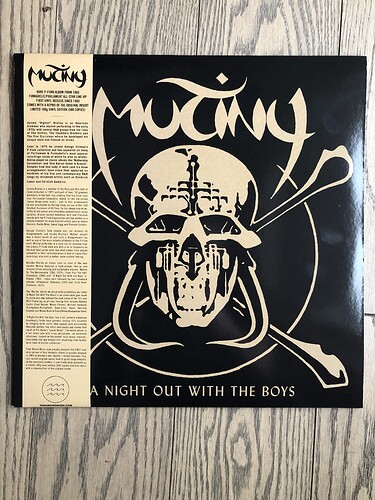 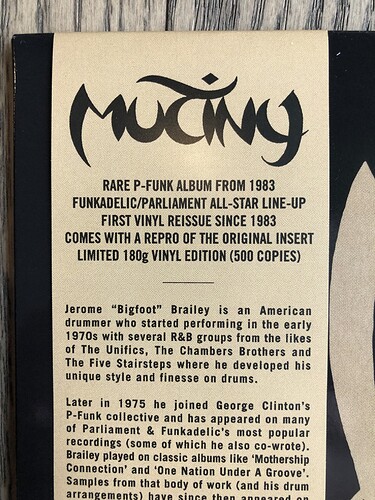 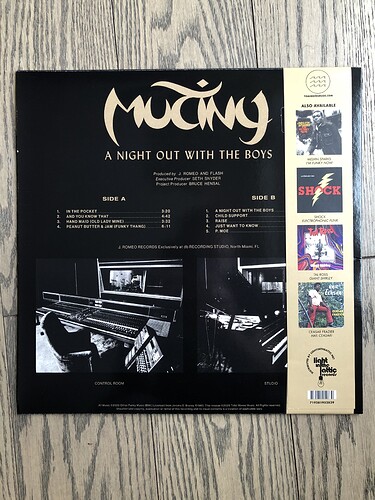 Looking good! Which version did you get?