I’d like to know what you think is the best version of Maggot Brain on vinyl. I recently picked up a German reissue that was digitally mastered, and it didn’t have the gatefold. Is the Ace or 4 Men with Beards reissue better?

Hey, welcome to the forum!

I don’t own Maggot Brain on vinyl (yet anyway

), but a couple of days ago I actuality went through the vinyl reissues on Discogs in order to figure out which one have the best sound.

. But I’ll try to summarize, maybe it can help somebody.

(I could surely have missed stuff, if anybody have additional info just add it)

Ace Records reissued Maggot Brain originally in 1989/1990. There’s several versions, with different catalog numbers and different back covers (one with lots of text and one without). 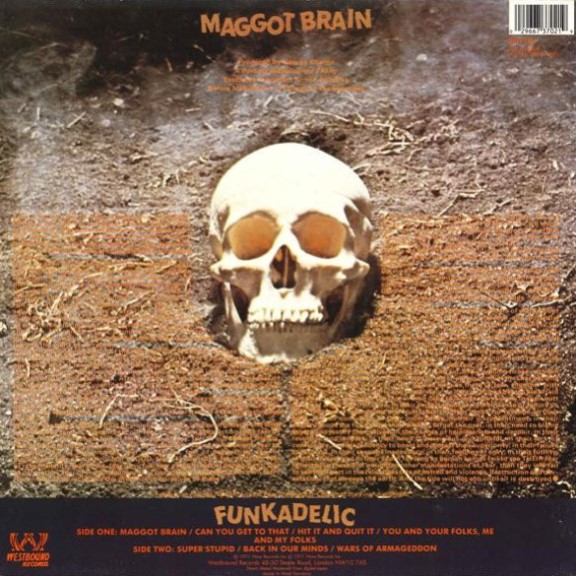 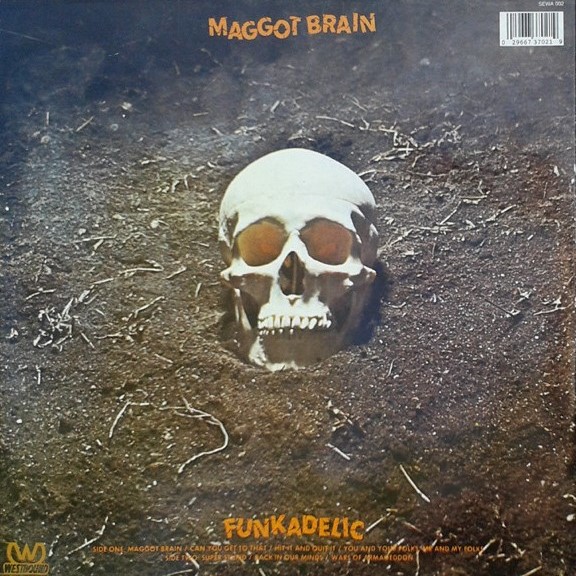 The release with the catalog number SEWA 002 has a gatefold and not all that text on the back cover. It also appears so have a center label with Southbound on it.

Then there’s a release with catalog number SEW 002 (that is without the A). This release has at least two different pressings (Germany and France) and has text on the back cover. I suspect that this is the version without a gatefold. @Zafirios_Georgilas Is this the version you have?

Some people on Discogs like the sound of their SEW 002 pressing and other people don’t. But it’s hard to be sure about which pressing people are actually talking about, since they are easy to mix up.

And then there’s also a ACE release from 2014 on 180g vinyl (HIQLP 020). According to comments on Discogs it’s apparently “not a disaster but sounds digital”.

4 Men With Beards has made five different pressings in various colors (all with catalog number 4M161). Generally, 4 Men With Beards seems to have a pretty bad reputation. Sourced from CD, not centered and so forth… That said, there’s some people on Discogs that likes these releases. But then again, there’s some that hate it. So your back to square one…

) . But if you need something more affordable, you should find a nice copy that’s not to expensive and just wish for the best…

The first wave uk westbound stuff up to and including the singles collection (cd/vinyl) all sounded like they were mastered from dat(?) to imo, the second wave of westbound digital releases kinda sounded better more like 24bit digital masters. The main thing that I disliked about the reissues digital/vinyl is that the stereo channels were the reverse of the originals (up to ‘let’s take it to the stage!?!) I think westbound probably messed up some of the originals. Other than that I noticed the men with beards covers looked great thick US style (matt?) cardboard. I very rarely buy reissues of anything unless I know for sure they are AAA(Analogue All The Way) When In doubt originals are always the most faithful to the original experience.

Thank you for replying to me, and your extensive research about the options of the Maggot Brain reissue. Both reissues from Ace are both DMMed from digital masters. For now, I’m going to stick with the German reissue I picked up. It seemed to sound good enough played through my tube stereo amp.

What, they reversed the stereo channels?! How could they mess up something like that. That’s crazy!

Wow…10k for an original westbound Maggot Brain??!
I’ve got one that has to be worth at least 5k!

FWIW, I also have a black vinyl 4 men with beards, and it sounds pretty identical to my original…

Maybe one of the least crazy things to happen in P history but a quite common record co mistake all it takes is one crossed wire when copying the master mix, imagine a group like Funkedelic recording and mixing albums while high (on LSD!) they might not have noticed. Definitely the first three maybe “America eats!” Haven’t checked for a few years!

An old thread but I wanted to add my experience of ACE reissues as I have 3 of them. As for the DMM versions I prefer the 1990 version of SEW 002. This version is non gatefold, has made in West Germany in the centre bottom of the rear cover but has made in France on the label. Despite DMM this version doesn’t sound overly thin as can happen with many DMM records. It sounds fuller and more analogue than my other copy of SEW 002 which looks identical to the above but had made in Germany on the label.
However in my opinion the HIQLP 020 (peach vinyl), gatefold sleeve sounds by far the best. It does sound a little bit brighter but has good balance with good bass. But most of all the soundstage is wider and deeper. Therefore this is the reissue I recommend. PS just got the HIQLP of “Free Your Mind” , which is night and day better then the earlier DMM version…Hope this helps.

One of my Covid year(s?) goals is to complete my collection of original pressing P-Funk vinyl which I’ve slowly been collecting since the 90s. I’ve got all the Parliament (with one glaring exception…) but my Funkadelic is missing OG pressings of Maggot Brain and Free Your Mind and it seems like the price of those is only going up up up so I’ll probably just have to bite the bullet and get them from Discogs as they never ever show up in my neck of the woods in Canada.
I have the 90s reissues of those two but it just doesn’t feel right to not have the originals!
Saving the hardest and most $$ until last - I need Maggot Brain, Free Your Mind, Osmium (have the 90s Rhenium version on LP but it’s not quite the same), and the holy grail:
Eddie’s Games, Dames, and Guitar Thangs, it’s the one that got away - saw a copy in Vancouver in 1994 for $25(!!!) but didn’t buy it as I had no idea what it was until months later and it was long gone…

The thing with the early 90’s ace reissues is not only are they dmm but IMO they have the sound/feel of being mastered from dat tapes, The second set of Funkadelic cd issues sounded completely different as if they were using 24 bit digital masters which would have benefited the later vinyl reissues as well.

The average price of an original ‘Maggot Brain’ seems to be about £150 ($200?) which is more than double what they were going for last time I looked. Luckily I got all my vinyl in the early nineties when they were average £30/£40. Nowadays ‘Maggot Brain’ and “The Eddie” are a lot more popular with guitar fans etc than ever so sadly they will only rise in price. I got a back up of “The Eddie” a couple of years ago for about £60 as I thought better to not hesitate!!!

Lucky! I’d be shocked if even one of those existed within a 1000 miles of where I live…

… Firstly I ordered a promo copy of “Game Dames” from Italy via discogs, the grading mentioned “was a little bowl” anyway it was mint but too warped and kinked to keep… but the cover was insane it was like a first print piece of artwork and in pristene condition, really beautiful colours, thick card. I almost kept it just for the cover but the cash was needed for a better piece of vinyl £60!!! Damn!

A while back I was getting a pfunk 7” from a guy. Don’t remember which 7” it was. Anyhow, it turned out that he also had a really nice VG+ original copy of Maggot Brain and I was able to get it for $50. It had great sound, so I was happy!

Welcome to the forum @Dave_Forshaw!

I think my “maggot” is the ‘76’ westbound reissue, the vinyl on the 70’s reissues is a bit thinner than first pressings… I bought an original 72 German bellaphon press of ‘America Eats’ as a 2nd copy and it looks and sounds amazing… One of my fave little finds tho is a “uk pye” 7” of “You and your folks” which is a really nice press and longer than all the other versions it ends when the musicians just stop playing… Funkadelic - You & Your Folks, Me & My Folks

If anybody found this topic from an external link, I just wanted to say that Ace Records is releasing a 50th anniversary edition of Maggot Brain (HIQLP2 096).

I heard a lot of great stuff about the HIQLP 020 release (just like @Dave_Forshaw’s post above), but this new one could perhaps/hopefully be even better.

Didn’t get my copy of that 50th anniversary edition yet, but it got some pretty bad reviews over at stevehoffman [edit: stevehoffman-thread seems to have been deleted]. Talking about really low audio level, ticks and no dynamics…