I am looking for a recording for the show below. Me and my friend were front row center. Great night. Mothership reunion show. If anyone has it I’d love to hear it again. At one point in the show the stage went from 40 plus people down to about 5 and it was the original Funkadelic. James Brown played too. 3 day One World music festival. Pics attached. 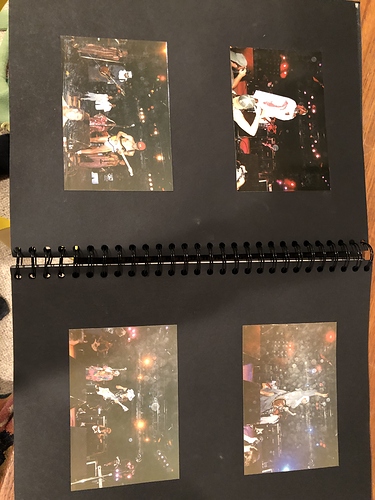 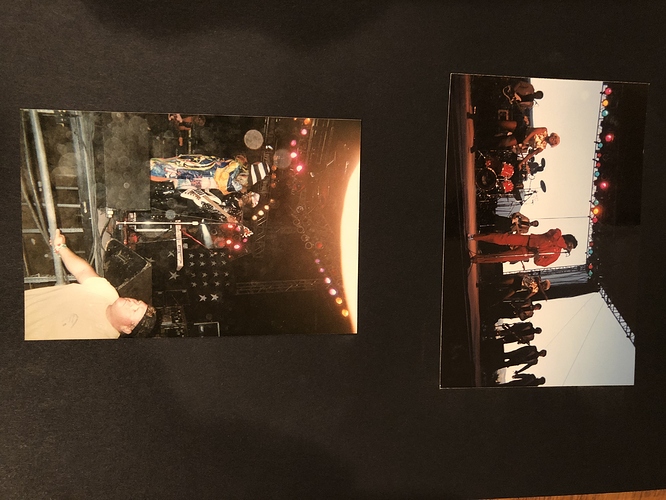 Hi @amesinger! Nice pics. I will see if I have that show when I get home on Sunday.

Thank you @silentboatman ! I appreciate you looking for me.

Niiiice. Thanks for sharing my brother.

Would any one of You by chance have the show from december 20th 1996 from Denmark???

That was my first ever P. Funk show. Still have the ticket from it

Didn’t see that show when I looked through my pile a couple a day ago. But I’ll let you know I’ll see/hear about it.

Here is some more info about the show in Austin from the program. 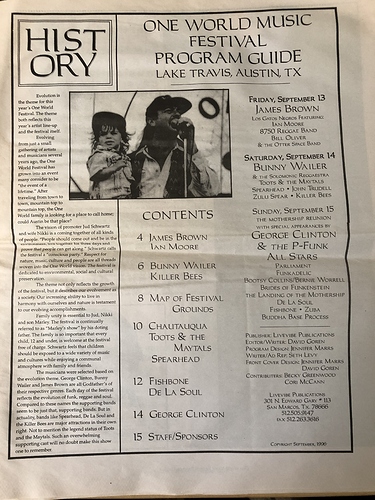 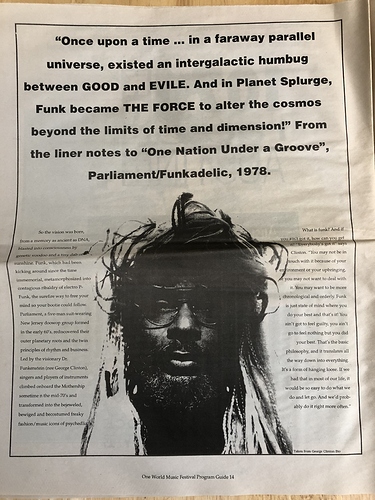 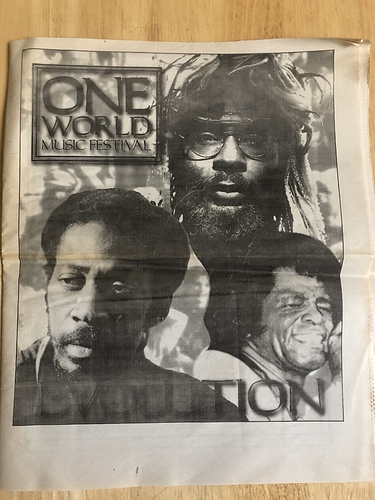 Thanks for this! A great read.

“So the vision was born, from a memory as ancient as DNA, blasted into consciousness by genetic voodo and a tiny dab of sunshine. Funk, which had been kicking around since the time immemorial, metamorphosized into contagious ribaldry of electro P-Funk, the surefire way to free your mind so your bootie could follow.”

Well. I had no idea this was part of festival set. This is one of the best recordings of the band from that time period. I saw this tour 3 times. Once at NYC Central Park in July. Then again in September at Atlanta and Macon Georgia. By then Bernie had dropped off then Bootsy walked away.

Band had a real clean sound then. Nasty, but tight and crisp. Well honed. I think Amp and Skeets had a lot to do with that. It started getting a little more grimy, dirty after this time towards the millennium.