Who's the kid on the Live at Meadowbrook cover?

A lot can be said about the Live at Meadowbrook record. It’s a great piece of history. And Rob Bowmans liner notes is excellent.

But one thing that I always wondered about, ever since it got released, is who that kid on the cover is? Not really an important part of the show, but it stuck with me

Seeing it now, I’m starting to wonder if this picture really is from the Meadowbrook show? Because you don’t hear any kid and it looks like he got a mic… 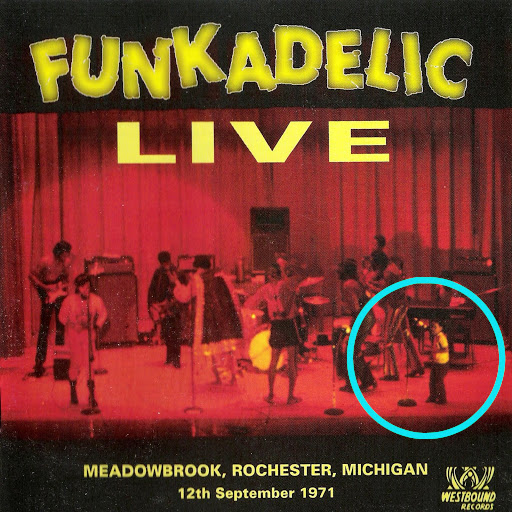 Haha! Fun question. I always assumed it was one of GC’s children. Perhaps a young Treylewd?

If we had a clear shot of the drummer or rhythm guitarist, that would give us more clues as to whether or not this was indeed taken at that very show…

Aaah, that would be cool if it was Treylewd!

In this interview with David Mills and Larry Alexander, Treylewd talks about that he remembers the Parliaments rehearsing Testify in the apartment in Newark.

I always wondered the same, “who’s the kid?!” It could be just about anyone, haha. Would be cool if it was TreyLewd. It mentions the kid in the liner notes, doesn’t it? To my recollection, it doesn’t answer the question.

I don’t remember that. Have to go back check the liner notes