The Parliaments in the Courier-News April 18, 1968 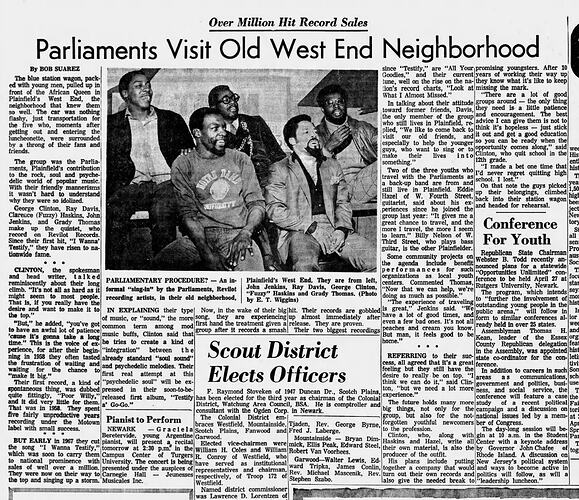 I seen that picture before, but don’t think I read article. The first thing that struck me was that John Jenkins is in that picture (far left). He’s the one that replaced Calvin Simon when he was in Vietnam and it’s probably him in that August 1967 live pic.

The second thing that hit me was this statement.

Their first real attempt at this “psychedelic soul” will be expressed in their soon-to-be-released first album, “Testify a’ Go-Go.”

At first I was planning on uploading the whole page, but realized that you had to zoom like crazy to be able to read it

. But it can still be interesting to see the article in it’s context and not just as a clipping. Anyhow, here’s the whole page as well. 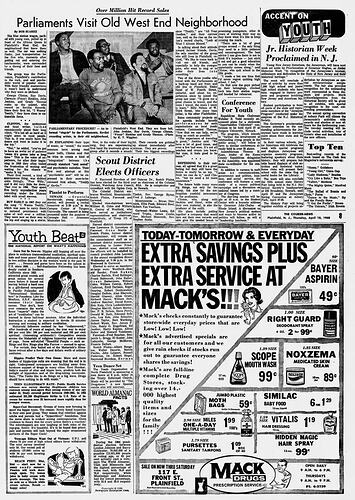 Exactly. This is the line up from them pix. Thanks for posting.