This seems to be a bit of a recurring musical motif in P-funk music (one of many, of course). It started with You Scared the Lovin’ Outta Me, on Harcore Jollies. The main guitar riff from that song is a melody we all know and have all heard, and we all knew it before we were ever fans of p-funk. It’s ubiquitous and turns up all over the place in pop culture. What’s its origin? Does it have a name? I have always thought of it as the “Generic Middle Eastern Riff”. It conjures images of snake charmers and belly dancers.

It turns up a couple of years later in Roto Rooter by Bootsy, then in slightly altered forms (but, I believe, still based on the original riff, correct me if I’m wrong), in Thrashin’ by GC on Some Of My Best Jokes Are Friends (1985) and then more recently, the horn riff from You Can’t Unring the Bell on Shake the Gate (2014).

Are there any other instances I’m missing?

I had to look it up myself, apparently it’s hundreds of years of old. Check out this great blog post. 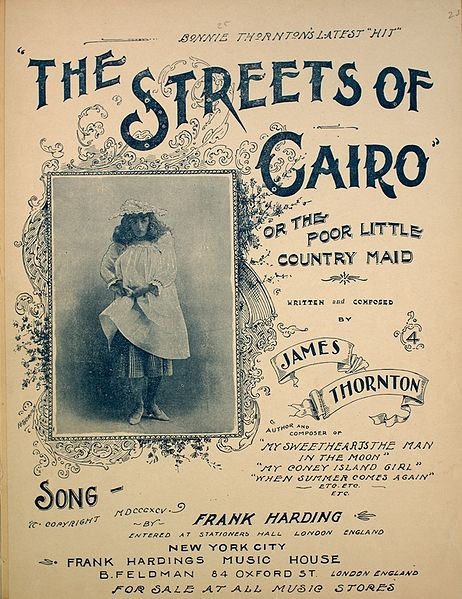 Where does the “Egyptian” melody originally come from?

I know this melody as the cartoon snakecharmer song. Here’s a kid playing it on bass clarinet: I’ve always wondered where the Egyptian melody came from. It turns out to be hundreds of y…

It’s also traditionally known in the west as the (cliched?) “snake charmer” riff… geddit!?! it’s a musical joke!?!
consider the topics of the first two tunes you mentioned… PS.A clue “You scared the love” is a song about premature ejaculation!!!

He’s got his SNAKE in his hand they call him the clean up man… “Roto-Rooter Troubleshooter… And away goes trouble down the drain!”

Funny I don’t really hear the riff as clearly in ‘Thrashin’ but maybe who knows after all it’s a song about “Bombs” and they are some of the biggest Phallic symbols there are… Boom!

No head no backstage pass: the guitar on that sounds Middle Eastern/North African to me. Eddie or Ron, presumably.

Yeah, sounds middle eastern to me too.

Haha you’re right. I always like when they reuse a horn riff on a different song. It’s like a little easter egg. Like when they use a Bootsy riff on Give Up The Funk or somn

It sounds like the actual live riff from the Houston 76 set.

Thank you, Silentboatman. I’ll do a proper intro soon - so much time on my hands but so many things to do.

For now…what a superb forum, discovering it and taking my appreciation of George & co to new heights is one of the few high spots of 2020. Respect and love to all.

Big respect to that Pfunk archive mob, too - does that site still get updated? Making lockdown a wee bit more bearable, both of ye.

Big respect to that Pfunk archive mob, too - does that site still get updated?

Yeah mad props for sure. Unfortunately I don’t believe there has been any updating of that site for quite some time

That’s a damn shame. Still, I found this forum of the back of discovering that site - thought they were connected at first - so it’s all good.

I found them around the same time as well. Was wondering the same thing at first too haha. Both are great resources. @silentboatman is a real one