Continuing the discussion from James Wesley Jackson - Souled Out: I really like the ‘summer swim’ 12” especially the acapella version…

Usually I just skip over the acapella versions, but this track I really like. The Colin Wolfe remix is also great with all the additional instruments, like bass and horns.

If anybody don’t know Colin Wolfe, he’s a musician/producer who (among other things) worked on The Chronic with Dr Dre. He also made the If Anybody Gets Funked Up-remix on TAPOAFOM.

On my Summer Swim 12" the track listing on side A differs between what’s printed and what’s actually on the vinyl. The following order is printed on the cover and label:

But the actually order is this:

@MrSuperNobody Does your record differ as well?

I don’t think my 12” has so many mixes maybe it has only three it also doesn’t have a picture cover, I will try to dig it out and check!

aha maybe it’s this one that you got. 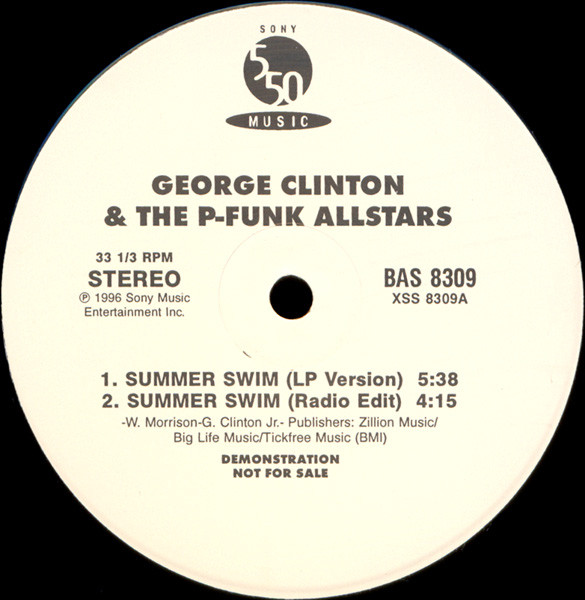 What really shocked me about this and Why Should I Dog Yu Out? Is that neither charted at all. WTF?!?! This should have been THE JAM of Summer 1996.

I suppose it has to do with lacking support from Sony 550. At least not as much support as If Anybody Gets Funked Up got, with the music video and promotion and stuff.