Pin the tale on the Punk Funk?

Is this Rick James? 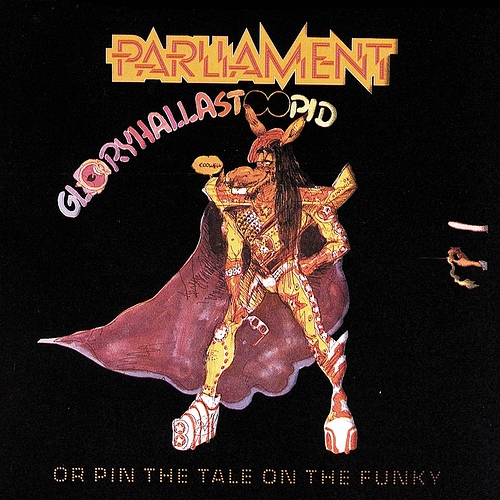 Rick James reportedly did not get along very well with the Maggot Overlord (nor anyone else for that matter).
I’ve read speculation that as a result of strife between the two, this album cover illustration was made as a ridiculing caricature of Slick Rick. Does anyone have any real knowledge whether this is true?

Concerning the Donkey i heard that George Clinton spent all the money from a 3 album deal on Aqua Boogie album Motor Booty Afair. When he asked for more money for this album he was told no. So he said we are going to look like Jack A$$es. Hince the cover art work.

“With the recognition of stupidity as a positive force.” ? Certainly plausible.
I wonder if Neil Bogart was still head of Casablanca that late in the game.

Interesting angle, thank you for your input!

I believe he and Trick J got along well later on though. Rick gives him some good homage on that Urban Rhapsody record he did in the 90’s. There is a song on there I can’t remember which one where he talks favorably about hanging with “Dr Funkenstein” back in tha day. There is also a pic of The Dr, Rick and Ronkat cutting it up somewhere in the early Y2K era. GC has always denied the Donkay was Trick Rick.

I was never that into Rick’s thang. Aside from some of his hits, most of his album tracks left me cold, uninspired, nor impressed. He definitely made his mark though.

Good insight, thanks! I don’t remember if I got this from one of the P-Books or from Rick’s book but Rick definitely summed up his relationship with the Dr. with a quote from his own book; roughly
“Ultimately, George Clinton never did a goddamned thing for me.” Evidently GC had “strung him along” for some time, promising to work on some project with Rick that never materialized, leaving a bad taste (and that shitty memory) in Rick’s mouth.
It’s all quite fascinating minutiae IMO.