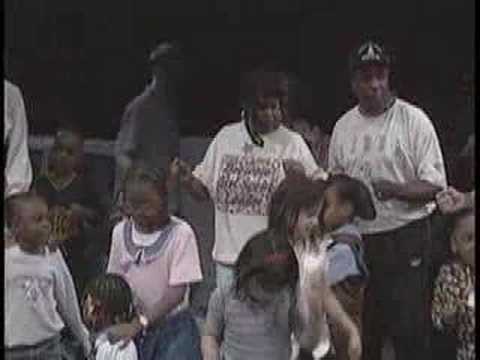 Yeah I heard he passed away. A real shame!

Yes hats off to Sir Lleb. How many of us can truly say they weren’t looking forward just as much to what the next album looked like as much as what it sounded like.
Dro was single-handedly responsible for 99% of the Funkadelic concept. He’d take the title from The Dr and basically run with it.

Can you imagine how well distributed his artistic work is world wide. A tragic shame he died in poor health and poverty stricken. 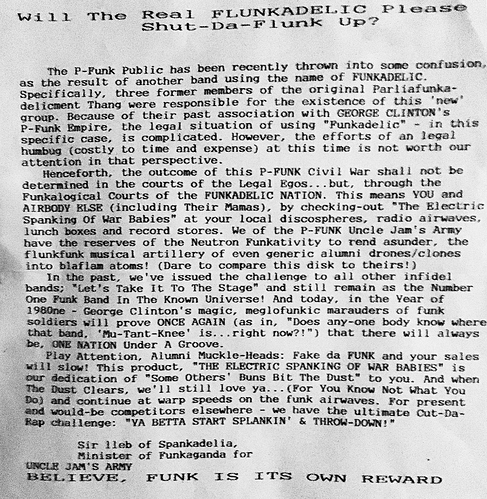 Dro always did like Connections & Disconnections over Electric Spanking. What got me even more than the art itself were the stories that accompanied the concept. The words Pedro created are like nothing on this earth. I’ve got to go back and read that Electric Spanking sleeve. In fact I’m going back to them all. My fave was A Cruise With Fools from Tales of Kidd Funkadelic.

Yeah…lots of comments about his artwork but not enough attention to his crazoid linguistic skills and the P Funk universe he more than helped create!!! 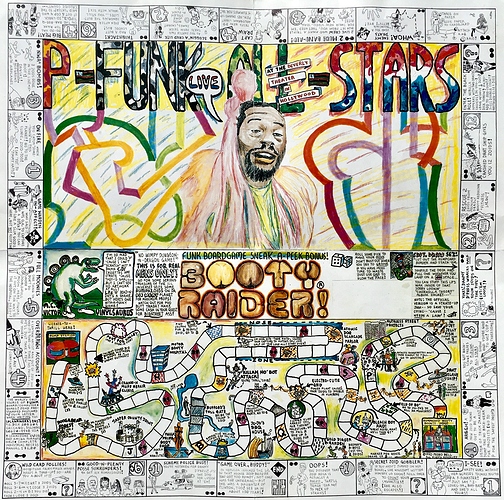 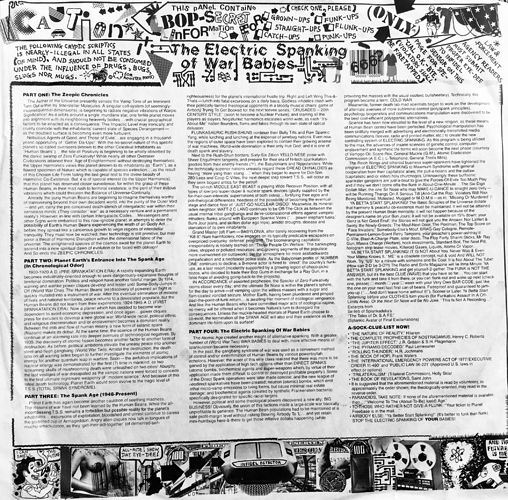 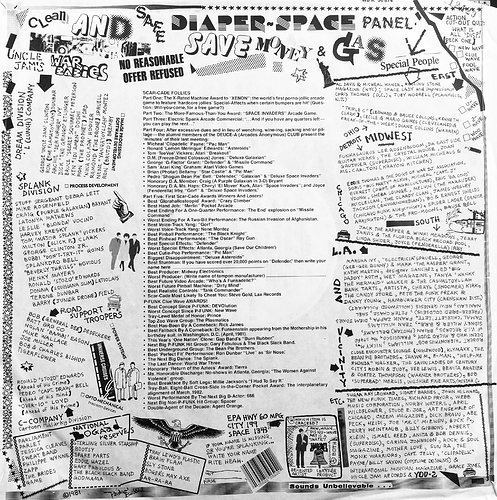 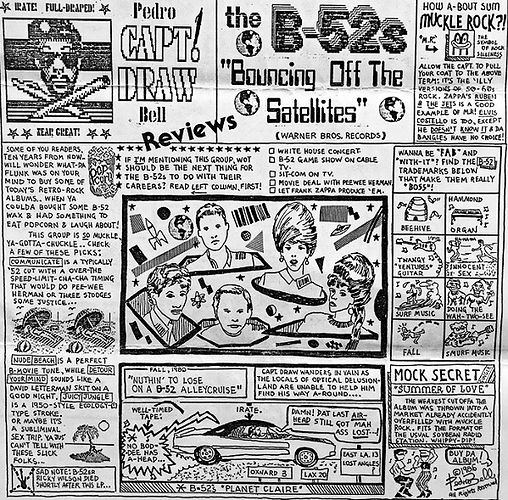 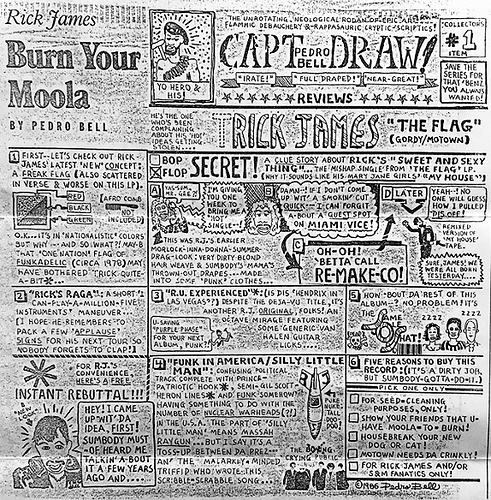 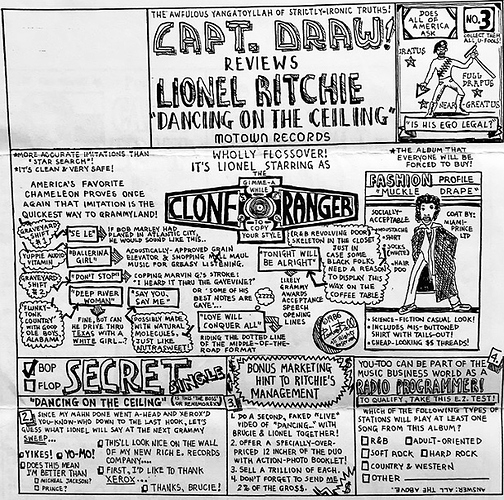 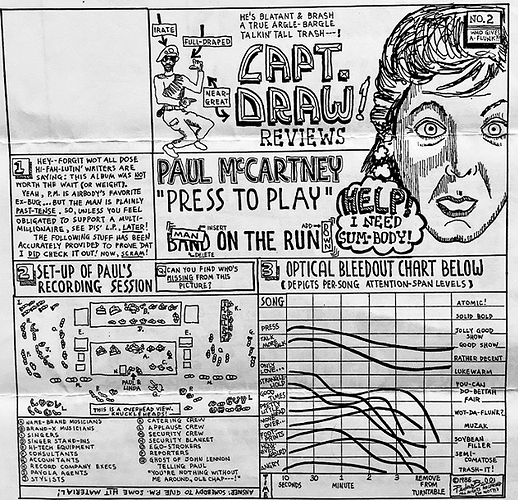 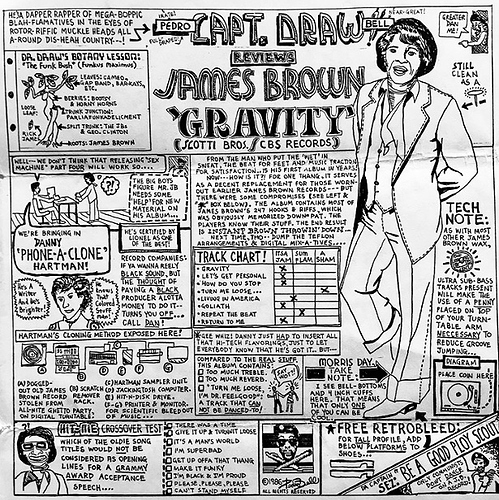 Now this is what I need to come upon tonight I am rolling on the floor over here. I feel like I’ve got these somewhere in the dungeon. Where did this come out of, Zeep magazine? Some New Funk TImes or something I’ve got these scarcade album reviews somewhere.

I think Pedro Bell sent them to a friend of his who worked for a record label… I got them from insta!?! 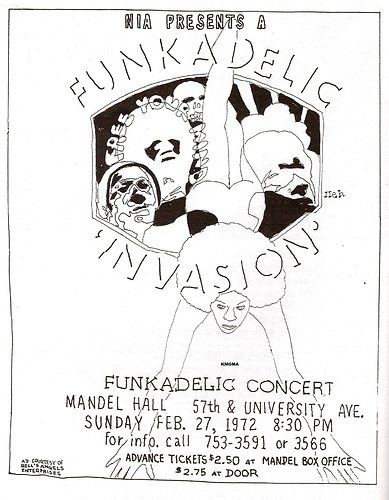 Yeah maybe! I think the awesome “sugar shack” tracks that came out from this period feature them both…

Here a website with an " in development" documentary called CAPTAIN DRAW: The Legend of Pedro Bell.

Nice. I tried to figure out how old that site was or when it was last updated. Found that they registered the URL in 2020, so not that long ago. Hope they will finish it!

Same! I wonder if there will be a crowd funding campaign. Gonna bookmark this!

Thanks for sharing, @ChrisB.