Hi guys, My name’s YUNG KOLA, avid P.Funk fan. I came to this forum because I’ve immersed myself into the P.Funk Lore lately, and I am definitely not the most knowledgeable person on the topic. I wanted to create a timeline of events that happen across every album. As such, I came here to find the most powerful funkateers available to assist me in such a task.

Here are some topics I was thinking about;
The Funkadelica Trilogy (One Nation, Uncle Jam Wants You, and War Babies) is connected in some way to the Parliament Mythos, since Uncle Jam carries the Bop Gun and Flashlight in his album cover. I haven’t figured out how deep the connection goes.
Star Child appears on Shake the Gate, furthermore suggesting a link between Funkadelic and Parliament characters.
Sir Nose appears on Computer Games and becomes Dr. Feelgood in Medicaid Fraud Dogg, suggesting a possible timeline split after he realizes his ancestry in Trombipulation?

Further help or instruction would be greatly appreciated, thank you!

Funny you mention this, as I was recently attempting to do the same. I have only really started with Parliament. And most of it is really just compiling any “lore” elements from their lyrics or liner notes but here’s what I’ve compiled so far:

This is awesome, thank you for the contribution. I hadn’t really noticed the major events that happened in the lyrics so this is pretty big. Do you have any information on Gloryhallastoopid? Sir Nose, Star Child and Uncle Jam are mentioned, and I know Sir Nose is trying to make a jackass of Star Child, but the events weren’t very clear to me.

As per the comic book in the liner notes of GloryHallaStoopid:

The story in TAPOAFOM is also great. With Dr Funkenstein traveling to the future (or present if you will).

The Awesome Power Of A Fully-Operational Mothership Records/Books

Love this album. When it came out it felt to me that TAPOAFOM was like a new Parliament album (more slick/clean) and that Dope Dogs was like a new Funkadelic album (more raw). I first got the CD (didn’t know there also was a vinyl version) and I remember thinking that the artwork (especially this stuff below) looked like it was made for an LP. One image per side, just like on Gloryhallastoopid. To bad they didn’t make the LP that way. [tapoafom_insert] That would have been great!

Welcome to the forum @YUNGKOLA!

The story in TAPOAFOM is also great. With Dr Funkenstein traveling to the future (or present if you will).

Woah, I didn’t know about that. If Funkenstein went to the future, I’m assuming Star Child and Sir Nose have an eternal rivalry, since in Flatman and Bobbin it’s Star Child vs the Sir Nose and the Noses.

As per the comic book in the liner notes of GloryHallaStoopid:

Ahhhhh, I had no idea the album was so complex. Thank you both for the contributions.

One album I was really wondering about was Medicaid Fraud Dogg. On George’s Instagram, he has these images of the dogs on the cover: 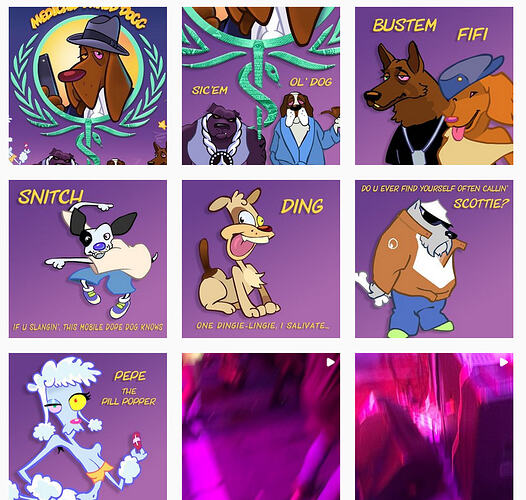 image849×806 215 KB
The captions seem to reference lyrics from Dope Dogs, which may or may not be connected to these characters. More importantly, the main dog is definitely named Oil Jones, as per the 5th track of the album. 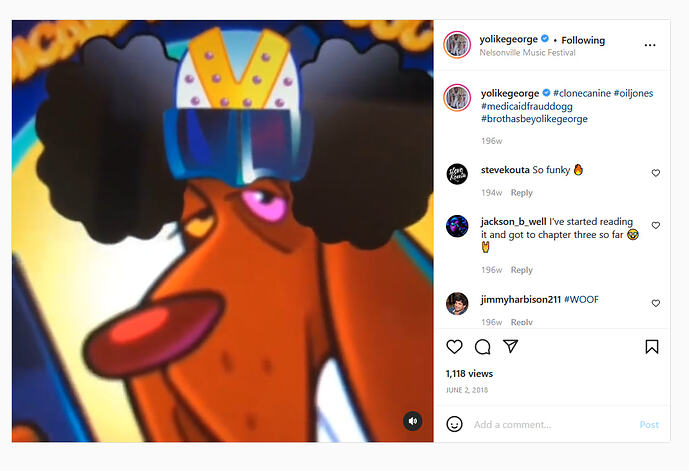 I’m having trouble piecing together the story, but here’s an interesting bit: 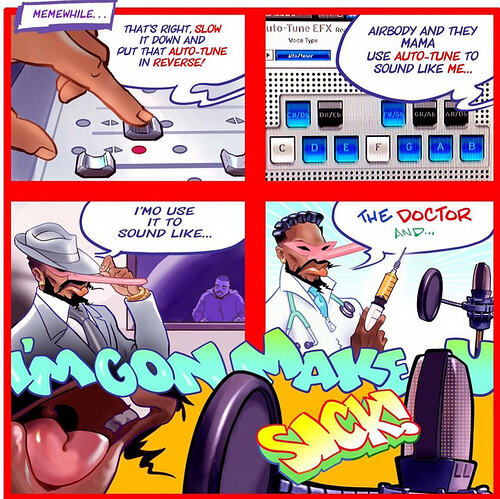 image735×734 209 KB
Sir Nose transforming into Dr. Feelgood. I believe this takes place after the future Funkenstein travels to. Nose has become a pimp (note the lyrics in Riddle Me This) and begins to control the medical industry, making people unfunky under the guise of health.

Trombipulation may also take place in an even further future, as Sir Nose’s son, Sir Nose “No Nose” Junior seems to have not been born yet (or at least mentioned).

I’m glad you posted the I’m Gon Make U Sick O Me comic. I think I had conflated this one and the TAPOAFOM comic since they are pretty similar in that the Nose is in a the studio impersonating the Docta. I like that George isn’t afraid to go meta in the P-Funkology and has stuff like this in the liner notes. It’s also true, airbody and they mama DO use auto-tune to sound like Nose haha, plenty of references to Nose in P-spinoffs and g-funk etc.

Yeah I totally agree. I think we can correctly conclude that the earliest event is Dr. Funkenstein’s birth, then the evolution of the Cro-Nasals (Sir Nose’s ancestors), after that the funk gets built into the pyramids, which would later be claimed by the mothership.

So from what I can piece together, Sir Nose, Rumpofsteelskin and Motor Booty Lady were planning to destroy Atlantis, Mr. Wiggles the Worm did something to the Motor Booty Bombs, and led to the Motor Booty Affair that ultimately raised Atlantis to the top with a bump and a bop. Either way, it seems to imply that no matter how many times Sir Nose is hit with the bop gun, he will never truly know the Funk. There’s even an implication that in Trombipulation he is faking the funk, since in one magaz…

Woah, I didn’t know any of this. I appreciate your input quite a bit, I had no idea there was even a song called Nosey Nose. This actually opens up the window that Medicaid Fraud Dogg occurs in the same timeline as Trombipulation, since I previously thought Sir Nose and his son finding out their heritage finally made him funky.

It seems to me like Nose is taking advantage of his heritage + starchild’s absence to take over the funk mob and control it from the inside and fake the funk perfectly. There’s an interview from the Trombipulation era where GC wearing an elephant nose is interviewed for a while talking about his touring before he leans in and says in a hushed tone, “I’m actually Sir Nose they don’t know any better, I’m actually Sir Nose” 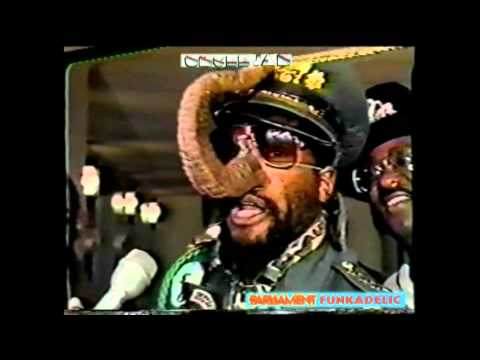 Can I see a HD version of the comic?