I’m sure we’ve all seen this at one time or another. 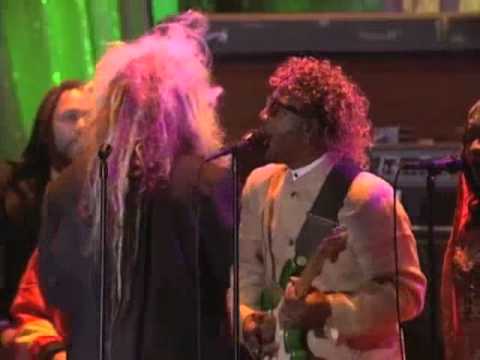 Is this perhaps the most recent, most complete iteration of the original P-funk to play live together?

Speaking specifically about the core 16 members who made it to the RNR HOF (and I’ve discussed that this group should include a small handful of others, but nevermind that for now…) I see:

Obviously not present are those who were already deceased by 2002:

But, who was alive AND not there? I’m not certain that I see:

In addition to that, there are plenty of people on that stage who are performing, yet are not there to be inducted. They include:

So I think there are 18 people on the stage, 8 of them I know who they are 100%, and ten I don’t, but there are five who were alive and not accounted for, and I’m sure at least a few of them are actually there.

So who can identify the rest? I’m guessing these are pretty significant members who were part of the group for long enough periods to merit being on this stage at this moment and not just “this guy who played rhythm guitar on the 2002 p-funk tour”.

The “missing” are there but you didn’t recognize them.

• Black and white polka dot hat guy — Cordell Boogie Mosson
• White hat/mothership connection jersey guy next to Kidd — Billy Bass Nelson
• White coat/jheri curl guy — Garry Shider
• Tuxedo guy to the left of Fuzzy — Yep, Ray Davis
• Guy at 2:21 in black hat behind the parliaments with a mic and a keyboard in front of him — Clip Payne
• Guy in black hat and dark sunglasses, w/beard to the right of bootsy, no instrument — P-Nut Johnson
• Background guitarist, can be seen behind jheri curl guy at 3:50 — Blackbyrd McKnight
Junie is there. He’s at the extreme right (face never on camera) wearing the black hooded cape, playing keyboards. (That’s his back at 3:33)
The drummer is Frankie Kash Waddy.
Basically this is the inductees performing, supplemented by some of their current (at the time) touring band.

Jeez, I thought it was 1997 too! But that video I sent you was right from the official RNR HOF youtube channel and they say it’s 2002. That’s a pretty big error…

Thanks for all the extra info. I found a video of their induction speech and I see now that everything you said is correct.

Interesting that every single one of them performed (along with Clip, P-Nut, Blackbyrd, Frankie and the three women) except for Bigfoot. If he came to do the speech, why not play drums too?

I hadn’t seen that all. I’d seen Prince induct them but not that footage. That was Deadly. Calvin in his snazzy white tux. Thank you

Bit shocked - and delighted - to see Billy play actually. He looked like he had a right snot on about something during the speech.

I should have identified the women. They are, left-to-right: Belita Woods, Sheila Brody, and Linda Shider.

Your question came across the mind of many a funkateer at the time of the induction. I recall extensive speculation and discussion regarding the topic of why it was Frankie, not Jerome playing drums for that performance. I recall hearing that it was ultimately George’s decision. Frankie was the primary touring drummer for the PFAS at the time. Jerome had come back and left a few years earlier (‘93-‘94). Rumor was that Jerome and G.C. were not on the best terms. As a fan, I wanted to see Jerome play the song, but it wasn’t to be. One of the best shows from the mid 90s I have heard was a recording of a show with Jerome on drums, but he was not back very long, so I never saw him with them live in person even though I saw the mob five times in ‘93-‘94.

Ditto on the drummer discussion. Lots of speculation back then.
I saw Jerome on drums once during that 90’s period (December '93 in Chicago).

If I’m not mistaken, Billy Bass was touring with P-Funk by this time or shortly thereafter.

That speech was classic Billy: articulate, to the point, and unfiltered.

I love that Hall of Fame riff! But look at that crowd.

According to Jerome, GC wanted to use his touring band (Kash) and wanted Jerome to play timbales. Jerome wasn’t too happy about that

. Rock and Roll Hall of Fame wanted Jerome (again according to JB) to play drums but weren’t able to change GC’s mind, so in order to make up for that they let him be the first one to receive the award.

And here’s the induction (if somebody hasn’t seen it). 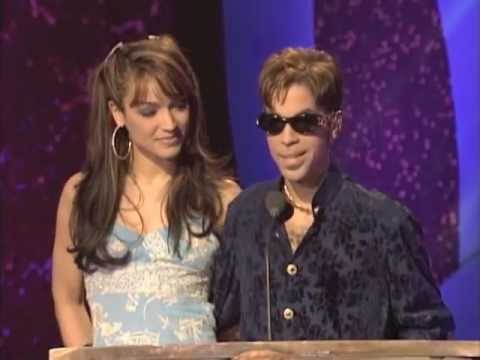 Thanks for sharing that interview. I will have to listen to the full audio later, but I did check out the segment about RRHOF. That’s very interesting, sounds like the people organizing the induction ceremony had some experience mitigating band member conflicts! Probably a very common scenario though when getting bands back together that have fractured over the decades.