There’s an interview from (February?) 1997 where an interviewer (Natasha Soliel) asks George about a video game (starts around 5:00). They both seem high, so I think the interviewer was talking about the MixMan CD (1997), or less likely, the video of George in “Prince Interactive” (1994), taken from a Prince documentary. I think George thought she was asking about the Outkast track “Synthesizer” (1998), since he starts to quote his lyrics on it. I doubt they were talking about George’s appearance as “The Funktipus” in Grand Theft Auto: San Andreas, since that wasn’t released until 2004. 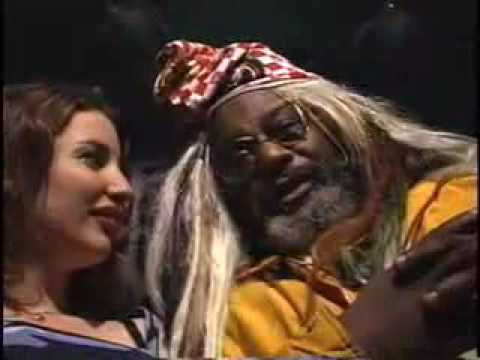 Now, I wasn’t going to create a post on this alone since George seemed pretty out of it. However, in a Fall 1998 Juxtapoz Magazine article on Pedro Bell, at the very end is a mention of him working on a video game. 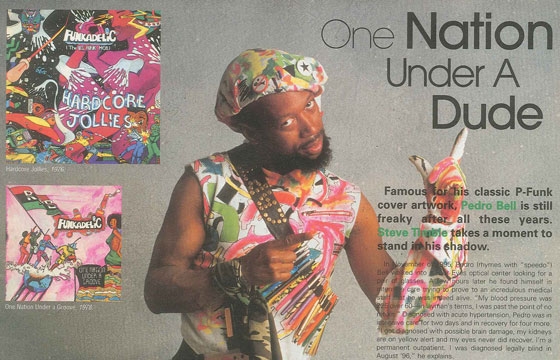 Juxtapoz Magazine - Pedro Bell "One Nation Under a Dude," Fall 1998

Pedro Bell busted into public consciousness in 1973 as the artist who visualized the ass-shaking, mind-expanding sounds of George Clinton and P-Funk....

Pedro seemed to have some thoughts on video games, talking about computers, the Commodore 64 and Mortal Kombat in a November 1996 interview in New Funk Times, and talks about computers in the 1989 Motorbooty magazine interview posted on this site.

Since these interviews are from around the same time, this feels like more than just a coincidence. Does anyone know anything about a P-Funk or Pedro Bell video game?