Does anyone know where I can find the full concert?

Yes I have it! I saw that you sent me a message on soulseek, but I saw it too late and you had already logged out. Anyways, browse my files and you’ll find it there. Let me know if you have any issues!

Looking at the info-file now I see that it says “From the collection of @Jaypfunk”.

Welcome to the forum @Funktified!

Chambers and this fusion crew are kicking the pace. GC trying to ease up the pace but they ain’t listening. They said they would do it on purpose to mess with him.

The Cleveland show is great too but the Detroit show is even better. It will blow yo fuckin’ draws off!!

I could have sworn I had the Detroit show somewhere. Can’t find it now though. Isn’t there a part where he admonishes the audience for trying to start a fight or something? 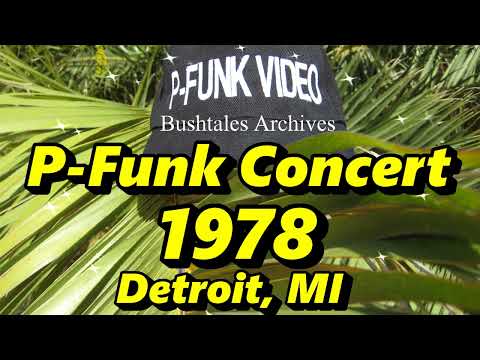 Yes I know about this one. It’s another one that he does in the 80’s where he really breaks it down from the stage about someone fighting in the audience. Maybe that was starting to become a theme at Detroit, muggs getting rowdy.
I played Knee Deep one night off a jukebox in a bar one night (not in Detroit). Most if not all of the patrons I can assure you had never even heard of Funkadelic. Man, about 2/3 of the way thru the song, mugs started getting rowdy.
I don’t know what it is about that FUNK.