Just stumbled upon this today:

There’s a song on youtube supposedly from this album.

Mutiny was awesome around this time. I loved A Night Out with the Boys. But this must have been a REALLY limited release, if it was actually ever released. Not on discogs, no picture of the cover or record anywhere on the net. Does anyone here actually own this or can you at least confirm it’s real and exists in some physical form?

I’ve been googling trying to find more information about this album. We have a list of tracks and times:

In addition, this search has turned up other potential Mutiny releases. Take a look at this tripod page that hasn’t been updated in decades:

There’s something called Black Hat Daddy & The Silver Comb Gang. Not sure if this is an album or a single song. The audio clips are long expired, of course.

Then you see “The Minneapolis Thang featuring Tyka Nelson (sister of the artist)”, which we can confirm is an album. The audio sample is for a song we know to be on this album.

Then there is “P-funk In a Latin Groove” which I also found on another site, with a track list: 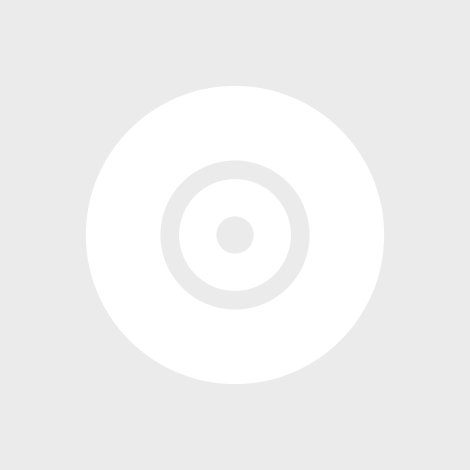 The audio preview on the tripod site is Freedom, which is listed above.

Back to the tripod site, we have:

Sneakin Up Behind You (perhaps an album, as the audio preview is for a track called I’m Ready)
Southern Sway (could be an album or a single)
Slow Drag For the Ladies (could be album or single)
Rome Dog Vol. 1 (you can see enough from this picture to tell it’s an album, there’s a full track list there)

I did some playing around with the web address, and if you go here: http://jmutiny.tripod.com/JMutiny/Mutiny3.html you find their merchandise page!

Which also mentions two other CDs - The Delta Dogg & Mutiny Live 2005. I don’t think that this site is that updated though. I think that refers to their then-recent album Aftershock 2005 (released in 1995). The homepage refers to the “how’s your loose booty” compilation from Feb. 2000 as though it’s brand new.

And here: http://jmutiny.tripod.com/JMutiny/Mutiny2.html - is the history of Jerome Brailey, as of 1999. This is an OLD site!

So, was Bigfoot releasing a ton of music during the 1990s (as many as 10!!! albums) that flew absolutely so far off the radar that almost no one on the internet has mentioned it ever since?

I started googling these album names, and I found a mention on this site… I guess at least one person remembers these albums.
http://the_mothership.tripod.com/
@silentboatman, is this your old page?

It might be a live album. It’s got some song titles that are from other albums, and the track lengths do not match.

The person who runs that old tripod site, according to their gig reviews, bought CDs from Jerome:

At another gig he mentions, “I also bought the Mutiny CDs “Slow Drag” and
“P.FunkInALatinGroove”.”

So at least four of these things we can confirm do exist, and in physical form! They must be extremely rare to not even have discogs entries.

. I didn’t write those reviews, but will try to find more info.

Damn, Jerome made a lot of stuff!

he sure did, and I bet we’ll never hear at least half of it. The four that the gig reviewer(s) purchased, you might get lucky and find them and they can rip for us, but the other six or so… it’s depressing to think how few copies even would have made it into people’s hands (given the size of a Mutiny fanbase), 20 years ago, when CDs were popular, and then to think how many of those are still intact…

Thanks for that. I need to check it out. I had heard some rumbling back in the mid 90’s that he did some stuff with Tyka but then I lost sight of it. I may have briefly looked into it then but don’t recall it. With J Romeo you often have to really dig for his stuff. I don’t know why his stuff is just way underground like that .

Of course, if you find anything let me know. You’ll probably come up empty unless you personally know a handful of p-funk enthusiasts who went to spin-off gigs during the late 90s. I mean, there’s underground, and then there’s this. There are almost no traces on the internet that prove these discs ever existed.

Look what just got added to discogs!!

Mutiny – The Rules Have Changed (CDr)

View credits, reviews, tracks and shop for the CDr release of "The Rules Have Changed" on Discogs.

I have reached out to the person who added it. Note that the originating albums are listed - this confirms pretty much 100% that these songs and albums exist - the only question is how many are out there and how tech savvy are the people holding onto them…

Bigfoot confirmed to me today on FB messenger that all this stuff still exists, he has it on hand, and will be releasing it.

Now let’s just hope that his release schedule is more reliable than The Dr’s.

No CD release, I assume, or else you’d have said so. (that’s ok, I get it. It’s the way things are going now)

What about digital? Can I still support Bigfoot and get some nice clean files that aren’t just vinyl rips?