George Clinton's final tour with Parliament-Funkadelic will keep on funkin' as the singer and bandleader has confirmed new 2020 dates.

Nothing that I will be able to get to, but now that I know it’s not officially over, at least there’s a chance they’ll still get somewhere I can make it to.

I knew it was a sham from the get go. He ain’t gone NEVER stop. They will roll him onstage in wheel chair with IV dripping if need be.

So happy about thuis - thought i’d seen GC for the last time in Nottingham 2018, now I['m going to try to get to 2 of the UK dates if I can,

“We’re coming back again and again”

New info about the UK dates in May/June 2020. You can get tickets at soundcrashmusic.com. 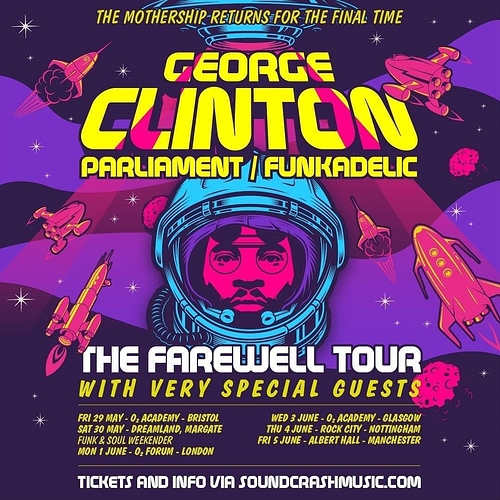 Anyone on here going to Nottingham? I’m also thinking about the Manchester one - seems to be part of a late nite club event?

I hope these shows won’t be canceled due to the coronavirus. I won’t be able to go anyhow, so that sucks.

For what it’s worth considering his age I feel they need to keep The Dr on lockdown with good social distancing. I know he’s got a strong constitution but this virus is very unpredictable.

Strong constitution no shit. As much as I love the Dr., I’m continually amazed (and delighted, don’t get me wrong) that he’s still with us and didn’t shuffle off this mortal coil decades ago. It’s just astonishing that he has outlived Michael Jackson, Prince, and so many of his own P-Funk crew.

He’s on some otherworldly chyt for sho’. I’m not above thinking he actually did come here from somewhere else. Clinton did some dope for sure but he never got off on the stuff he knew would kill him, the legal stuff. He was never a big drinker, smoker of cigarettes. That is what will get you in the end.
But this virus is real, especially for older folks. And he is a real globe trotter.

Yeah, I’m resigned to these not happening in May / June, just feels like it will be too soon, hoping they get rescheduled for later in the year. But I guess GC can’t keep doing this forever…or can he?

Go back and listen to Never Ending Love for the answer to that.

Uh good evening…
I thought One Nation Under A Groove US Tour 2019 was supposed to be the final tour:
Mentioned here: [https://www.axs.com/george-clinton-and-parliament-funkadelic-announces-one-nation-under-a--136641]
I caught them in Greensboro NC on 7/27 though that date is not shown on the list in the article.
Of course bands do this all the time but I couldn’t take the risk of missing the final coming!
Show included Galactic and Fishbone.

Hi @ArchesOfScrotum and welcome to the forum!

Yeah he was supposed to retire, but then he said: So I guess considering all things, what I am saying is, for now, fuck retirement 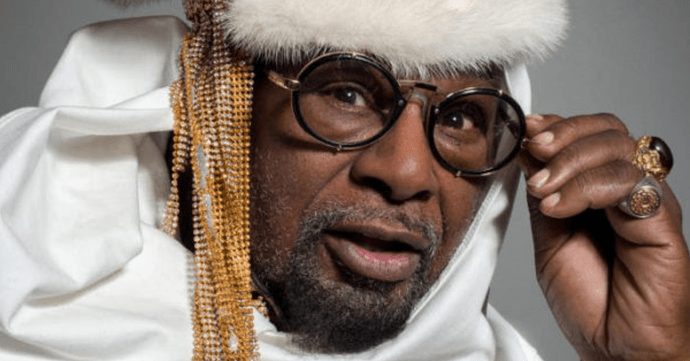 George Clinton has announced that he is pushing back his retirement and extending his farewell tour with Parliament Funkadelic into 2020. Clinton had