Had a request to dig up my old photos from pfunk’s show in Sweden 1996, so I thought I’ll post them here for everybody.

August 10, 1996 at the Water Festival in Stockholm, Sweden. Was my first p-funk show

And maybe some other people, like who’s that with a white jacket? Steve Boyd perhaps? And who’s on drums, Kash or Gabe Gonzales maybe?

The most notable thing was that there were no horns. P-Funk guitar army in full effect! 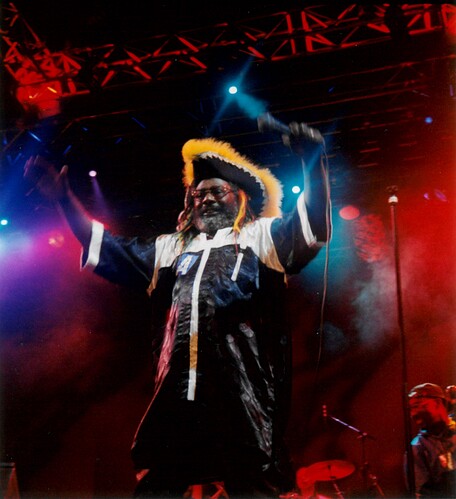 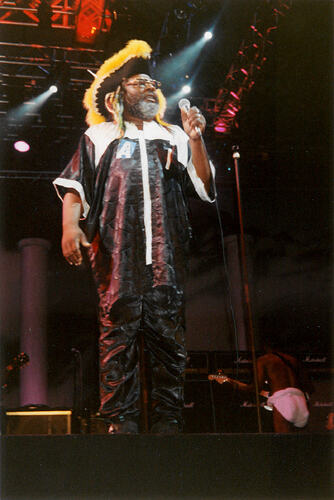 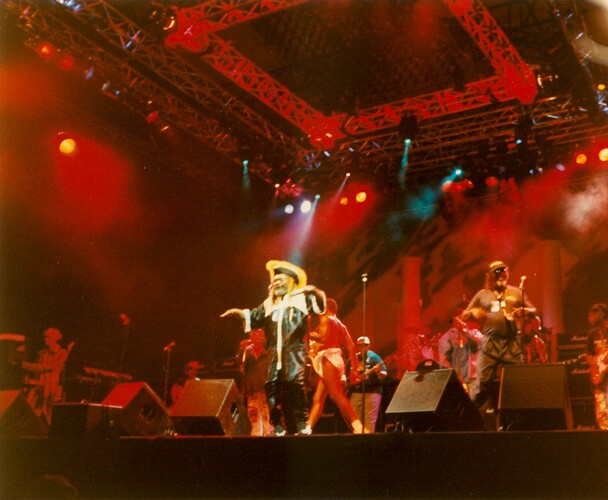 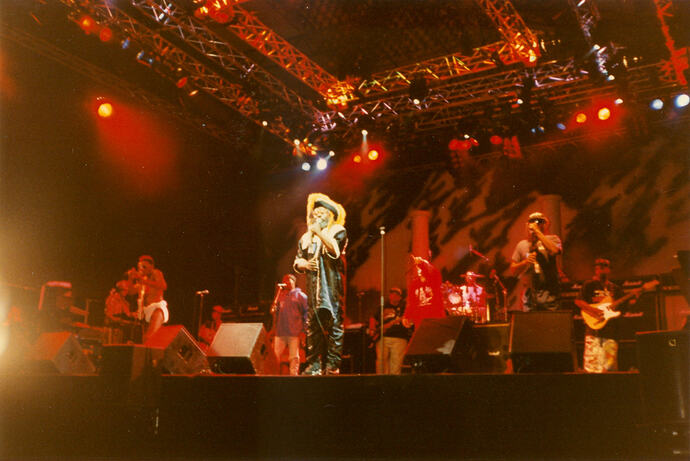 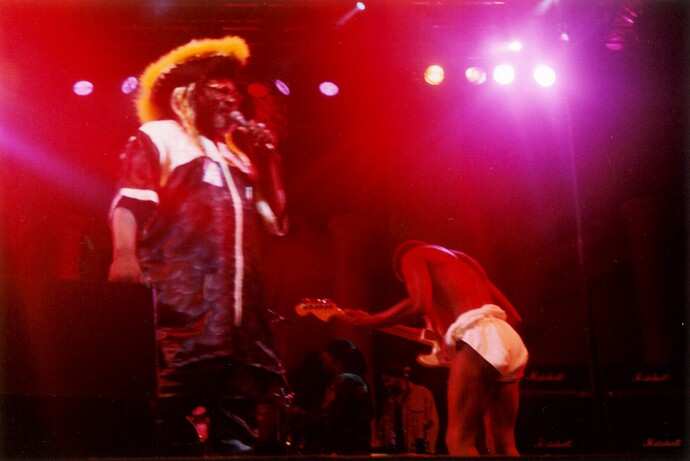 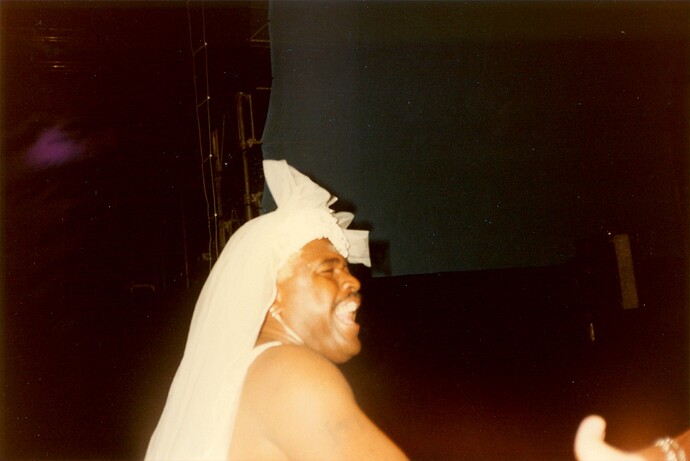 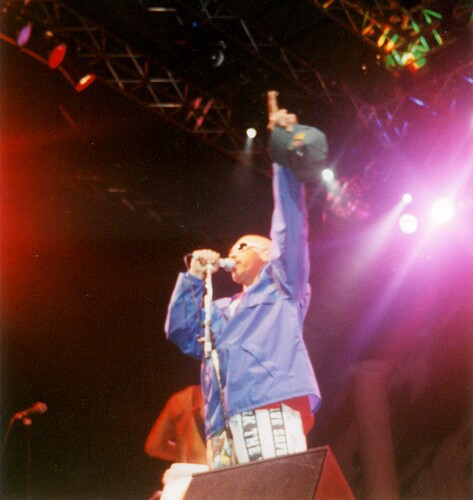 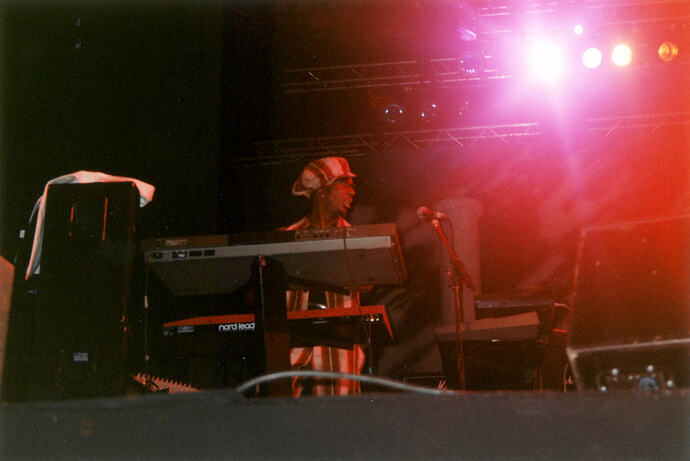 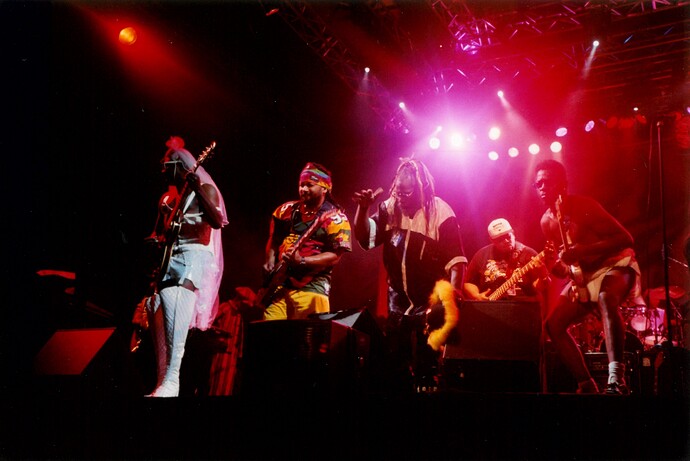 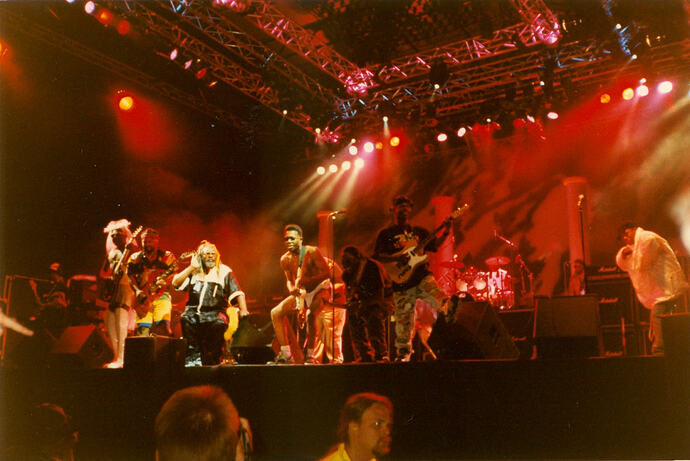 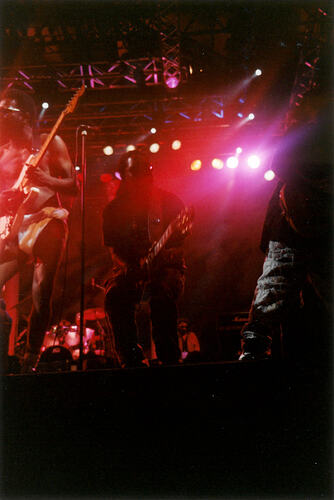 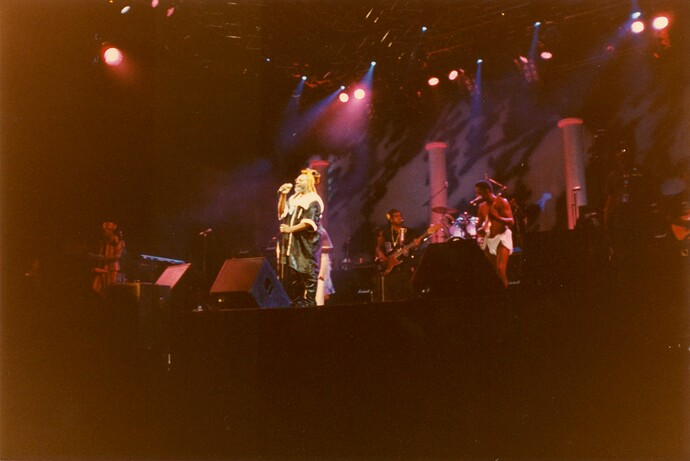 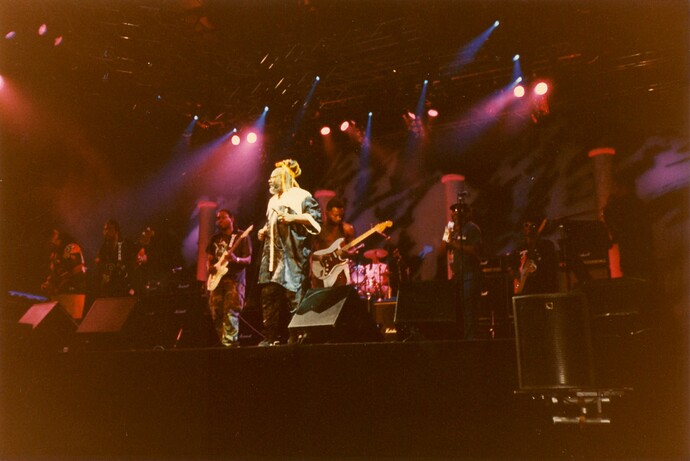 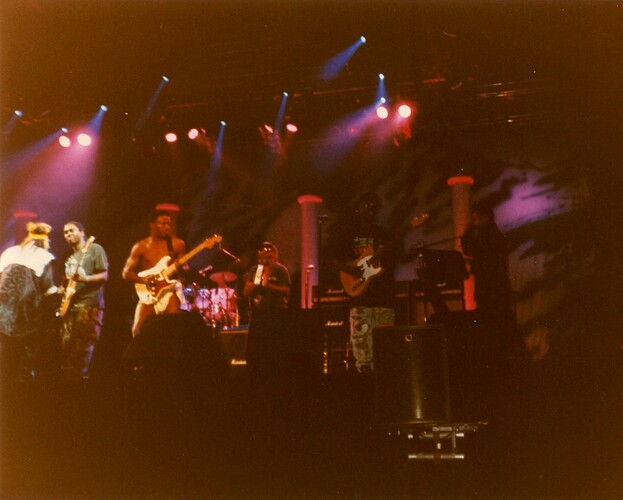 Cool pics, thanks for sharing! Hard to make out the drummer in any of those pics, but the two I saw where the drummer is somewhat visible look like Frankie “Kash” Waddy. I saw P-Funk in NYC in July 1996 as well as Boston, MA and Providence, RI in late August ‘96. The touring drummers during this time were Kash, Gabe Gonzales and Ron Wright. However, I’m not sure who made the trip to Europe, they usually sent a smaller crew as indicative of the horns being out, so they probably did not take all three drummers. Might have just been Frankie.

Also note: Amp Fiddler on keys (with striped hat and matching suit on), unsure of other keyboard player with white shirt, possibly Razor.

I was at all the shows you mentioned,Epic!

I was at all the shows you mentioned,Epic!

Yes! I truly feel like the P was in their post 70’s era peak for that tour.

True story: at the time of the Boston show, I was living in Boston, but preparing to move back to Seattle, where I grew up. I had movers coming to haul out all of my stuff the morning after the Boston show, morning of the Providence show. I was not fully packed, but I damn sure wasn’t missing the P with Bootsy and the Mothership! So I stayed up all night packing after the Boston show. I had no intention or thought of seeing them in Providence. I didn’t have a vehicle and had never been there, so it was almost inconceivable to go. The next morning, after the movers came, I went to my job to get my last paycheck. One of my co-workers knew I was a big P-Funk fan, “Hey, I have an extra ticket to the P-Funk show in Providence, want to go with us?” So I pulled an all nighter and saw both of those shows without getting so much as a nap in between. That music sure kept me awake and grooving though! The Awesome Power Of A Fully Operational Mothership for real!