I have two different releases of the Let’s Take It To The Stage 7", both with same edited single version on them. But they also have an added “beep” (in order to make it a “clean” version). Really annoying sound

. This is what’s beeped:

Little miss muffet sat on her tuffet snorting some THC
Along came a spider, slid down beside her
Said: what’s in the bag [beep]

Does anybody have a 7" without that beeping sound? There’s also a promo 7” that I don’t have, anybody has that one?

Here are the labels of the two different releases that I got. 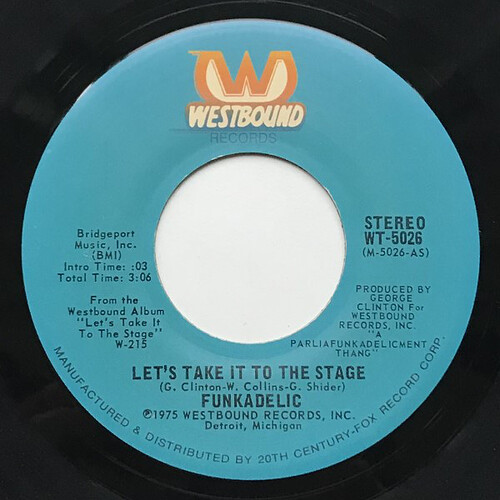 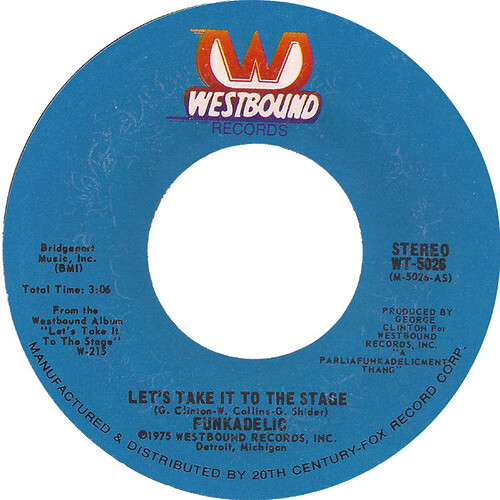 There are slight variations on the label, like the intro time is specified on one of them. The runout differs as well. The left one is the Santa Maria pressing plant variation and has “M-5026-AS-1A M HC SSSS” on the runout (on side A). The right one only has “M-5026-AS x M HC”.

I also noted that Let’s Take It To The Stage on the Music For Your Mother comp is yet another version. It doesn’t have the beep. At first I thought it was the same edit just without the beep, but it’s a little longer (but still shorter than the album version). So where does the Music For Your Mother version come from? I thought that comp only had versions taken from 7"s.

Here are the differences between the versions. First the track durations. The version on my 7"s (the one with the beep) is 3:06, the version on Music For Your Mother is 3:20 and the album version is 3:32.

Compared to the album version, my 7" version doesn’t have these two sections. The second one is directly after the “little miss muffet” part.

Everybody funking and don’t know how
They shoulda seen the bull when he funked the cow
He funked her so hard they saw some smoke
He said, let’s get in the bed and funk like folks
Laughin’ at ya

The Music For Your Mother version is missing the “Everybody funking and don’t know how” part (the first section above), but the other section is still there.