For context, this is before Live: P-Funk Earth Tour or Funkentelechy vs. The Placebo Syndrome albums were released. The interview starts at the two minute mark.

This is an interesting interview, as the interviewers are not professionals, and, as a result, cause the interview to have quite a few “interesting” moments. One of them manages to tick him off a bit (see the section on Sly), and the other keeps asks formulaic questions (with George delivering responses with similar wit to his response to “What is funk George?”).

I haven’t researched these movies or the play yet, so I’m not opening threads for these (maybe later, if no one beats me to it, and there’s something more to say).

@OooBooBeeDoop’s memory banks have not forgotten this tidbit of information. However, the Dr. said in the interview that U.N. footage was going to be used in the Earth Tour movie.

Footage from the mysterious Motor Booty Affair movie that was talked about briefly in 1977. Something was recorded at the United Nations Building for this I think.

George is still saying he’s working on a lot of the same stuff kinds of stuff mentioned here: musical/play, animation, four albums (not including Medicaid Fraud Dogg). Nothing changes, huh? Here’s his statement from a Reddit AMA from November 2018:

Yes. I’m doing a PFunk Allstars Album, a George Clinton solo album, another Parliament album and another Funkadelic album. Medicaid Fraud Dogg is the newest. I’m also working on musical documentary, animation and a play. The show tonight, Tales from the Tour Bus, is funny as shit. You’re going to see some super hero funky stuff pretty soon too. We just did a video for “My Mama Told Me.” You’ll be seeing that really soon.

Mind boggling. Man where do u find this stuff? It’s a fascinating listen alright. Let’s try to unravel it a bit.
First off, it is not George they are talking to. This apparently was going on quite a bit during this era. In fact, Casablanca put out this promotional vinyl disc with an interview of “George Clinton of Parliament”. I think this is where the whole “which one is GC” concept took wings.
Who they are talking to is Archie Ivy.

This becomes even more intriguing to me because a couple of years ago, Funknstuff asked Archie what he remembered about these rumored P-Funk movies. His answers, he had no recollection of any movies being discussed, or planned at all. WTF?!?!
Here he goes into detail about it.
This is apparently a promotional appearance to support the Second Coming gig at Houston that we have a spell-binding video of from Fall 1977. George has made statements down thru the years that lead me to believe there was drama with the promoters as the band was playing to many empty seats on the road. Says he should have had a hit out at the time in retrospect. Show was strong though. I maintain that the video we have of that gig is the overall best performance we have of any of the mothership gigs. They open with Dr Funkenstein, that horn section is blowing like the wind and don’t forgot that blistering version of Red Hot Momma where Hampton goes for broke. The Flashlight album was about to be released as these shows were being done. Archie’s musings on the state of the band are really interesting to hear now. He goes into a little bit about the departure of the original Parliaments too.
Thanks for posting this man and keep digging up this archaeological funk.

I feel silly thinking it was George. To be fair, when I first heard his voice, I had to double check if I was listening to the right thing. I guess I adjusted to it after listening to it for hours to transcribe it.

Now it’s so obvious. That stuff about being in Detroit, but doing a show in Texas the same night. And all the times he is starting to say something, catches himself, and adjusts (“That is, I- actually my publicist”).

Anyways, I won’t change the post just because I know it’s Archie now, although I will add it as a note to the thread title. (Also, it sounds like I need to check out that live show.)

@OooBooBeeDoop I assume it’s somewhat a figure-of-speech, but I find this stuff using

Regarding luck, it was embarrassingly easy to find this recording and that “Throbbasonic Attack” clip. If you search ““George Clinton radio interview”” it’s on the first page of Google. And searching ““Throbbasonic Attack”” brings up 5 results, one of them happening to be gold.

I’m sure the leads will dry up (but I still have a few things I intend to post, that are not mentioned on here). Hopefully by then another album cycle will be in effect and a chance for people to poke George (in an AMA perhaps?) about releasing stuff like C Conspiracy, Upsouth, Throbbasonic Attack, The Rat’s Nest Band (lost?) tapes, etc. (Especially C Conspiracy & Throbbasonic Attack. I haven’t yet seen anyone directly ask about them.)

Also, I think this is the animation he’s referring to (from the live show in Houston, 1978). It’s about 6 minutes. 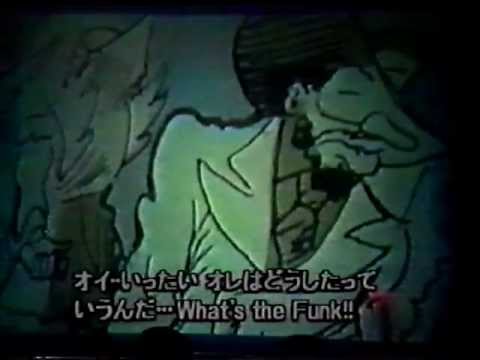 I don’t know where the actual idea came from to keep trotting Archie out as George for interviews but it apparently became the thang to do once the Mothership took off.

What is mind boggling is today Archie has no recollection of the movies at all. Somebody has got to be sitting on all kinds of recorded video. Or either it is sitting in a closet somewhere.I have always gotten the impression GC does not care if we ever see it or not, and that goes for anything that has never been put out.
I wish someone would get to the bottom of this kind of stuff. Maybe the management is non existent I don’t know. Or it is not priority at all. But someone knows something. Hell, Funknstuff posed the same question to Tom Vickers and he claimed to know nothing about any of it as well.
I dunno, we as hard core fans care a lot more about seeing this stuff than they do about releasing it somehow. And then you factor in all the political/business side of it, who owns its, who financed it etc.it’s convoluted at best.

Like I noted in the OP, he talks about a new “film department”. I mean, isn’t having one of those expensive? Imagine the cost of all the staff and equipment required to do something like that. And on top of it all, doing a hand animation! Perhaps the studio talk is just them trying to look professional. But if there were this staff, I would have thought one of them would have told someone something about it. It may be worth looking for some documentation/trademark to see if such a thing existed.

And yeah, releasing any of these deep cuts today probably wouldn’t make the sales needed to do it in the first place. Heck, that’s the main reason for my hypothesis about why they release bloated albums nowadays, as releasing an album more frequently wouldn’t generate enough attention in the mainstream.

Regarding Archie, I looked before but couldn’t find a recording on streaming sites or peer-to-peer of that 1976 “Special Radio Interview”. Perhaps it’s just devoid of content, like that 1977 US Army Reserve interview posted in another thread here. (BTW I’d like to hear the 1974 Army Reserve interview but can’t find that either.)

I’m pretty sure I’ve got both those Army Reserve interviews on a cassette somewhere. One of them features Calvin, or did u already state that?
I’ve got the vinyl Casablanca piece though. It rolls on for upwards of 40 or so minutes. They play some key tracks off of Mothership and Clones and Archie goes into detail about what the concept is about.

Oh yeah, it slipped my mind the one has Calvin. But anyways, anything special or interesting on either of them, or are they more valuable as collectables? In particular, I was wondering if they hinted at Throbbasonic Attack, since it is claimed that it pre-dated One Nation. Since George (and I guess Archie too) under-estimate release dates, it is a good way to learn about unreleased projects/albums by hearing what they have to say while making the stuff.

Nothing really ground breaking on the Army Reserve stuff. But still good to hear. George has never typically said much about the peak Mothership commercial years down thru they years so it is nice to hear where his head is at actually before their greatest commercial year (1978).
And Calvin speaks from the heart about the love and comraderie shared between The Funks and how tight they were. Only to depart in disgust a couple years later.

Great stuff! George talked in his book about a documentary that could be that Dr. Funkenstein’s P-Funk Earth Tour that Archie was describing. How Nene Montes filmed a lot both onstage and backstage. Here’s the relevant part of the book (page 176):

We had been told that movie studios were looking at us for a film like David Bowie’s Ziggy Stardust and the Spiders from Mars, a documentary that would combine onstage footage and backstage looks. Originally, it was going to be directed by Robert Downey, but he dropped out and a new group came around that included a guy named Sy Libinoff and another one named Nene Montes. Nene had a slick seventies look, casually fashionable and counterculture, like a kind of Serpico figure. The first thing he did when he came into the room that day we met him was pull down a bottom eyelid and say, “I’m an outlaw.” The second thing he did was get rid of Sy, who committed the cardinal sin of confusing me and Bernie. That was embarrassing for someone who wanted to make a movie about us, and Nene took notice of it and disposed of him. Maybe they never had Sy attached anyway. Maybe it was a Hollywood ploy. Who knows? The point was that we suddenly had this guy, this outlaw, attached to the band.

Nene was constantly filming footage, but very quickly he established himself as more than a cameraman. One day in 1977, we were scheduled to play at the L.A. Coliseum…

He goes on talking more about Nene. I suppose Nene got some info on where those tapes are. Damn, Nene should get his own topic here… The chapter is fittingly called “When the Syndrome Is Around, Don’t Let Your Guard Down”.

That LA Coliseum gig he mentions was in June 1977. Apparently Fuzzy’s last show with the P.

For completeness (if somebody didn’t know about it), here’s the discogs link to that “Special Radio Interview” promo.

Sorry for posting the transcript as a giant wall of text. I’d make it collapsible if I knew how, and I guess I could take a picture, but I’d prefer to keep it in a text format to make it searchable online.

You can hide/collapse text by using “Hide Details” in the composer. 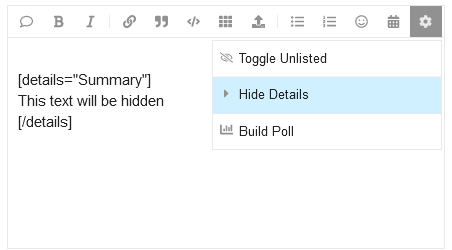 As far as I know Nene Montes is no longer in this earthly plane. However, now I do recall reading that in the memoirs. It seems once Montes got in the mix, things started to get highly strange. He’s a pretty interesting character alright.