This came out without me realizing. I’ve got Freeze and When We Do original pressings, but missed out on this one. Thinking I might take a punt as the originals have got fairly pricey now.

There’s an important thing to know about that vinyl 2020 rerelease and the Suzie Super Groupie tracks on the Junie compilation albums.

KiddFunkdelic, who has done work with Westbound, said on SteveHoffman TV

There are two versions of his third westbound album, Suzy Super Groupie. Junie first recorded the album on his own and later re-did the songs with the Crowd [P]leasers who were his backing band at the time. [The] later one got released. By mistake Ace used the first version on their compilations. If you will play your original vinyl you will notice the difference. Listen to Suzie Super Groupie…We want your ***** ;-))

For example, listen to the beginning of “If You Love Him”. Junie’s version has a triangle with piano underneath, and the original has piano (harpsicord?) with strings underneath. 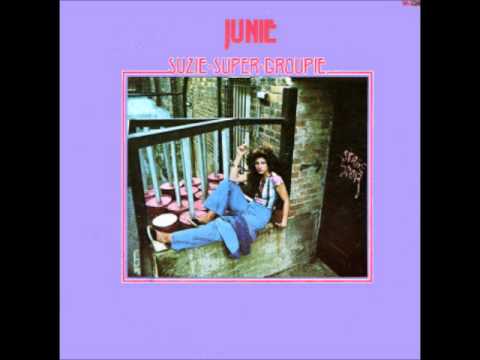 Here’s some track previews if anyone wants to compare each track: Walter “Junie” Morrison released his third solo LP, Suzie Super Groupie, in 1976. A slick, smooth and soulful record, it’s a genre-melting tour de force with rich elements of proto-boogie, funk and jazz. In short, this is yet another essential...

I bought the 2017 compilation, and the earlier versions sound much clearer, but lack punch in some places. I’d prefer to listen to the original album, but the vinyl rips I’ve heard are muddier.

Does anyone know if the record itself is just not that clear, or if it’s just a highly-circulated, low-quality vinyl rip, or I’m just wrong?