Hopefully we can find the egg tour video! 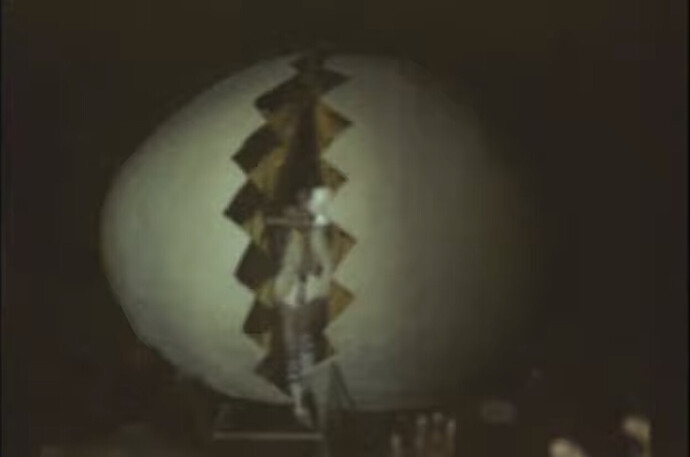 The first PF tour I ever attended and believe me there is some video out here of it. I’ve seen a few snippets but far from the whole set.

It’s difficult to find infos concerning this tour. I’ve never understood what it was about…

I think i have most of the set. Sound quality is not that good. I only listened to it once, One of the Harlem shows.

I’ve heard from the Tales from the Tour Bus episode about George Clinton that during this tour, a band member whose name escapes me dressed as Sno-Mon from the Gloryhallastoopid comic and sprayed fake snow on the audience using his nose. Other scenes from the comic have apparently also appeared, including Garry Shider’s head turning into that of a donkey. I also could have sworn seeing pictures of the costume heads for Snasty No Nose and Snozzle on Instagram.

Stozo the clown was Sno-mon. Tales from the tour bus is ace. James Brown does ‘the moon’

Welcome to the forum @Real!

I never fully understood the idea with the egg on that tour/album.

As I see it (from looking at the Gloryhallastoopid back and inner cover) the big bang was a result of an egg that exploded and then p-funk emerged from that explosion. Thus: that fuss was us 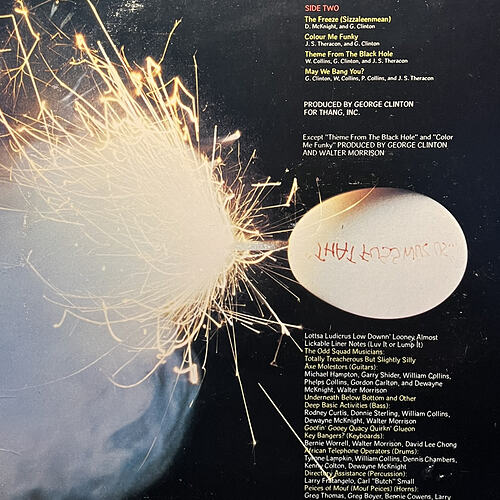 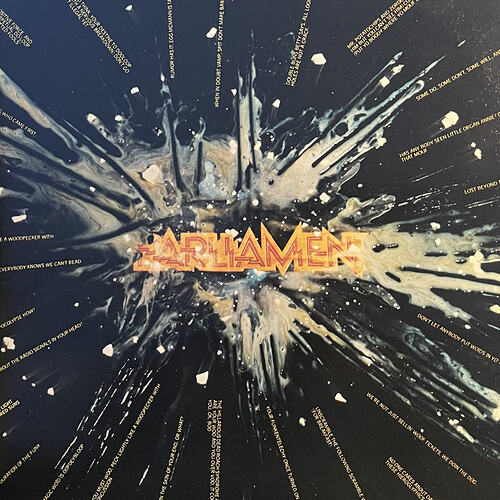 The egg thing is kind of strange. Actually, at first I didn’t see that the egg had a fuse, I thought it was some kind of crazy egg-ship with rockets, traveling through space. I was like: That’s some strange stuff…

And then there’s this text on the cover:A fertalized egg makes a big bang, who came first, the fuse or the egg?. Whatever that means.

When I’m at it, here’s the egg mirrored. 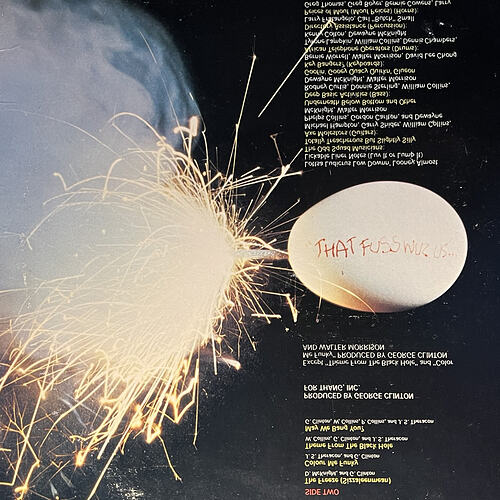 I think i have most of the set. Sound quality is not that good. I only listened to it once, One of the Harlem shows.

You’re talking about a sound recording (no video), right? Got one aswell with pretty bad sound, probably the same one.

Phillips Wynn does a rendition of Sadie. By the way there is a guy on YouTube called Bushtales. Dude has some got stuff. Check that out

Thanks for these precisions but it’s more than difficult ton find images of this tour, mainly scheduled at the Apollo…
Other thing : GC was NOT on stage with the band and, once again, it’s the difficult to have the reason. Too tired, rehab…

World egg - Wikipedia Somehow the Egg being a reference to this makes a lot more sense now, I dunno why I never thought of it until now.

Wow, thanks for that link!

From that Wikipedia article:

13.8 billion years ago, the entire mass of the universe was compressed into a gravitational singularity, a so-called ‘cosmic egg’ from which it ‘hatched’, expanding to its current state following the Big Bang.

I think the whole egg ties in with fertility in this world down from antiquity. I think the concept is keying on the Big Bang that scientists theorize kicked off the whole thing.
What the album is saying is if that fuss wuz us, then it was funk that lit the fuse in the first place.

I can remember the concert and set list like it was yesterday. Brides came out and tore it up, especially Party Up In Here.
Funkadelic came out and did Alice/Slop.
Next I recall is Parliament with Dennis Chambers opening with the Big Bang Theory. I then remember this weird medley that included One Nation/Party People and of all things Liquid Sunshine (which was quite refreshing to hear live). I recall Bernie playing a long intro with a few spoken words into Maggot Brain. I know at some point they got into a groove I did not know at the time but later found to be Wars Of Armageddon. I recall all the characters from the album running about the stage. Jessica Cleaves was Snasty No Nose.
I recall Swing Low and then Clip emerging from an egg in a g string. It all got blurry after that. I remember hearing Black Hole at some point I think during that song Garry Shider briefly had on the head of a jackass.
An interesting transitional time for the Mob me thinks. The Dr appeared onstage for a few of these gigs and was apparently backstage for a few others and nowhere to be found at others. I don’t think this gig ran for many gigs. I know it was in Detroit, Long Beach. The video I’ve seen is from Chapel Hill NC. The gig I was at was April 1980 in the Fox Theatre at Atlanta.

Thanks for sharing this with us. Hopefully we find the video! And remember, Free The P!

Absolutely. It was fun with a K going back to those memories. A friend of mine was in touch several years ago with a dude who had the video from NC. He sent me a few clips from it that got locked up in an old iPhone 3. If I can get it unlocked I’ll post them up here. One had Dawn up front and personal cutting up Party Up in Here. Another had a piece of Mike doing Maggot Brain.

Thank you very much! Hopefully you can get it unlocked!

Here is another photo 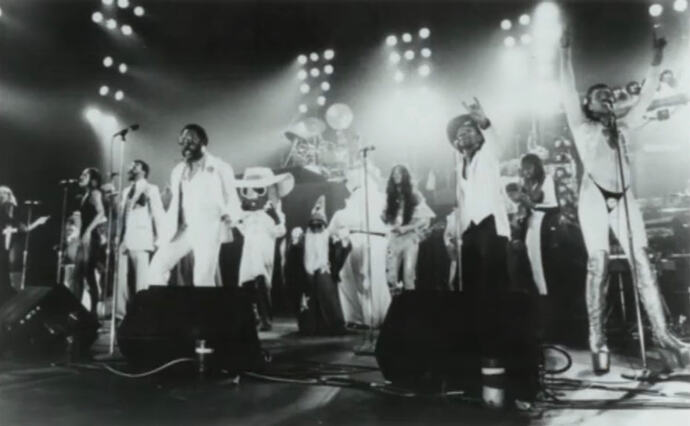 Most likely in Harlem due to this video title, but might be off PARLIAMENT - THE BIG BANG THEORY… live in Harlem 1980 - YouTube

Wow that is awesome. They were selling bumper stickers that had the Parliament logo and the phrase “Toast to the Boogie”. Funny thing is, I think most non-hardcore fans remember that as the actual title. In fact, in one of the excerpts from Dawn’s soon to be released book, she even calls it that lol.

Of course, the next year they went out with the World’s Greatest Funk '81 Tour where they invited you to bring a tape recorder to the gig. I taped the whole thing and then had a disaster with one of the tapes. Only thing left was the Parliament set to close the gig after Bootsy.