In a January 2012 Interview with Dave Lawrence of Hawaii Public Radio (quote starts 5:35), George discusses a Dope Dogs animated movie as well as alternative versions of P-Funk songs he never turned in. 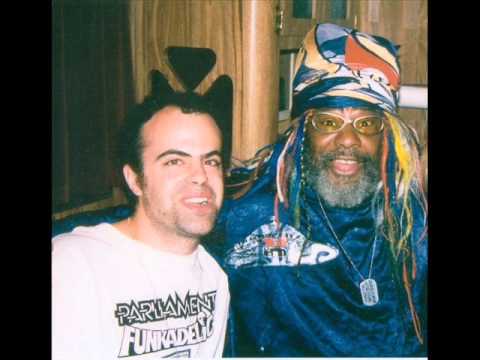 (Also, the picture for the video was taken from a 1999 interview with George, but he hasn’t uploaded it. I’d be interested to see if there’s anything about C Conspiracy.)

We have a lot of [animated] cartoons we gon’ do from those stories and things that we did over the years with [P-Funk characters such as] Sir Nose and Atomic Dog and Dope Dogs. And that’s where the music will be received in the future. It’s not so much selling records — you got to find new ways for people to appreciate the music. The cartoons are ready for the funk. 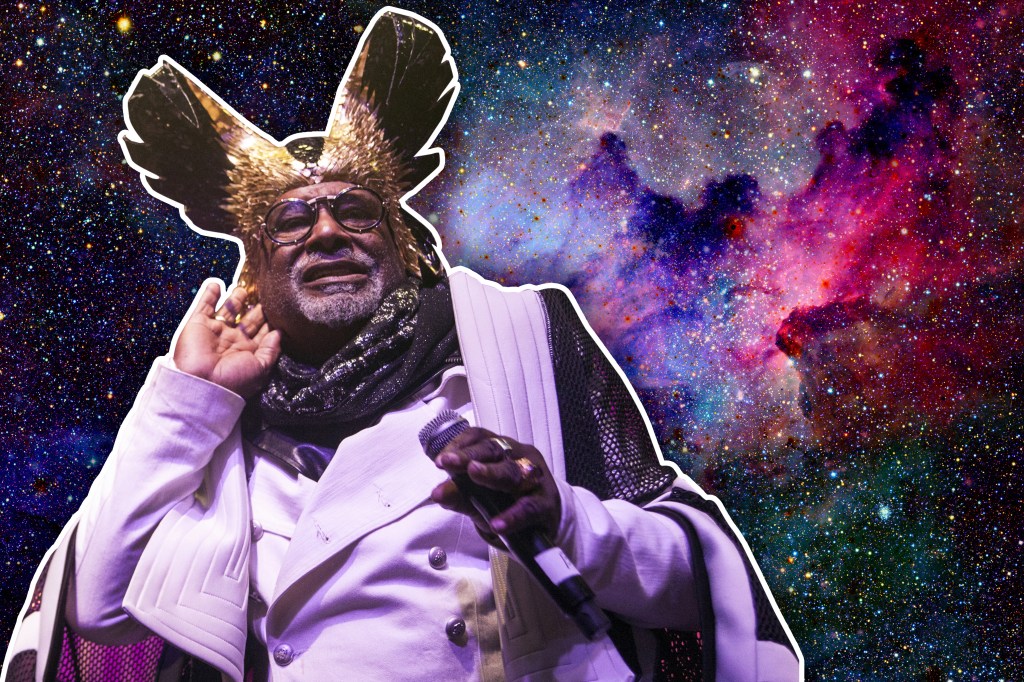 But first he’ll hit Central Park Summerstage for the “One Nation Under a Groove” farewell tour on Tuesday.

He also mentioned it the same year to Flaunt:

GC: We’re doing a cartoon thing, Dope Dogs. It’s about these dogs and they all have a different relationship to dope. One is a police, one works with the dope dealer, one is the laboratory dog where they test drugs on him. So you got all these dogs and when they get together they try to change society.
Interviewer: When does that come out?
GC: Well, we just got done talking to the different companies about it, you know?

George Clinton | We Have Returned to Claim the Pyramids — Flaunt Magazine

Lauren Halsey and Dr. Funkenstein walk into a bar…

It looks like Overton Lloyd was working on a “Scottie” animation back in 2007. I wonder what happened to it. The description under the later one sound like a movie (“Funky Feature”). 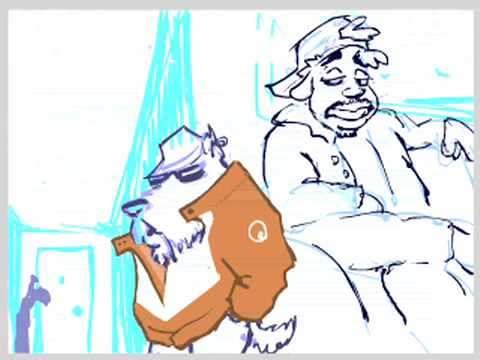 Sneak peak at animated video of one of my favorite Treylewd songs, “Scottie”- from George Clinton’s Dope Dogs, CD. 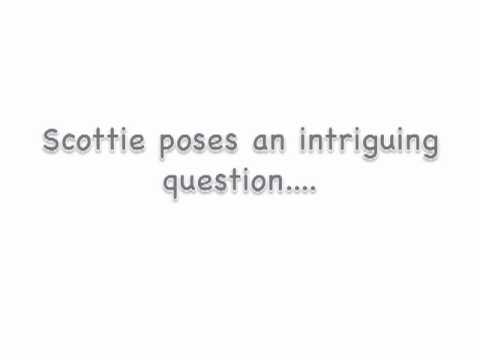 Also, on Shake The Gate (both the album and the Version Excursion) it states that the track Nuclear Dog is taken from the original motion picture “Dope Dogs the Movie”.

@silentboatman Wow! Great observation. This caused me to look back over the names of the tracks on First Ya Gotta Shake The Gate, and I thought “Meow Meow” sounded like it could be a Dope Dogs track. Turns out there a whole bunch of tracks “taken” from the movie (see low quality images of liner notes on Discogs). Also, maybe “Nuclear Dog” on the “Version Excursion” is part one?

First Ya Gotta Shake The Gate:

Damn, I forgot that there were more tracks on Shake The Gate “taken” from that movie.

The digipac version has liner notes, but it doesn’t mention Homicide at all. It only has info about Yesterdejavu, so nothing about the movie.

Also, maybe “Nuclear Dog” on the “Version Excursion” is part one?

Yeah, I suppose it’s part one. It doesn’t have any vocals/rap on it, but more Blackbyrd.