. Blues & Soul this time. They’ve done a lot of articles on the P, so thought it would be nice to have a topic dedicated to them. If you have any, you can scan them and add them below.

I scanned two issuses. The first one is number 199 from 1976. By John Abbey. Hit the download button to see it in higher res. 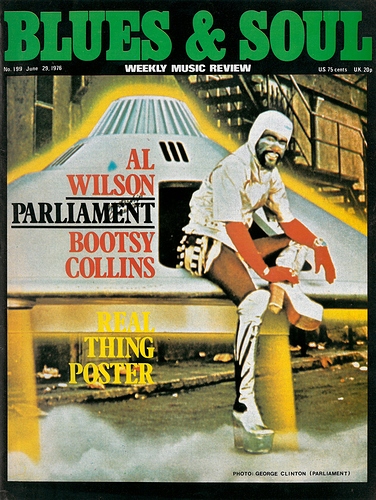 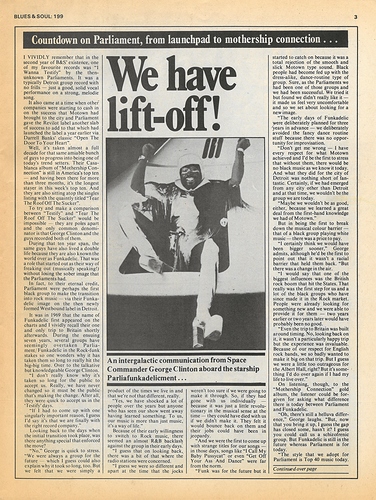 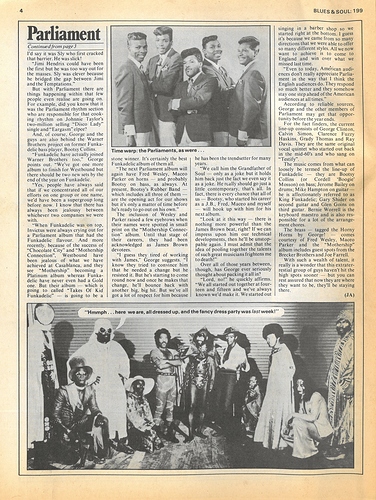 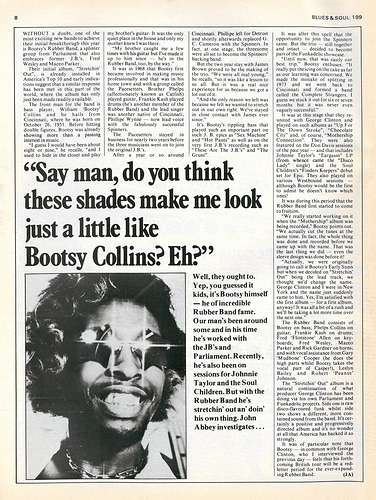 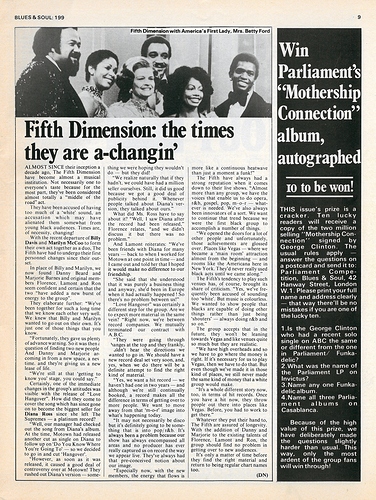 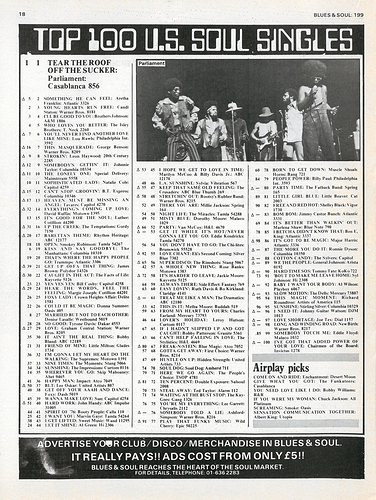 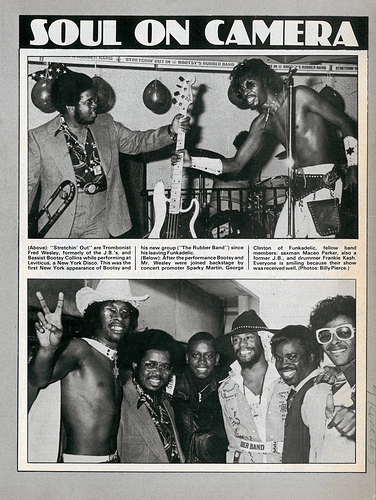 And the second one is number 250 from 1978. Features an interview with Bootsy, also by John Abbey. 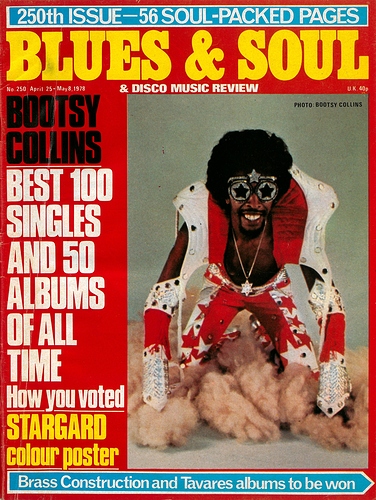 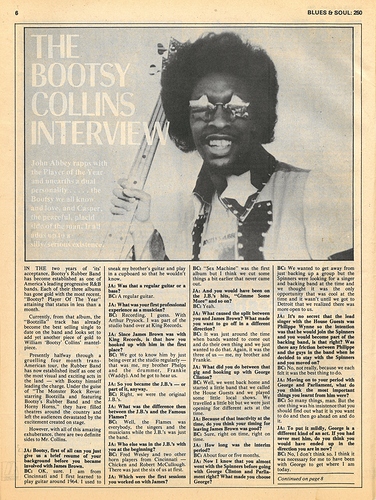 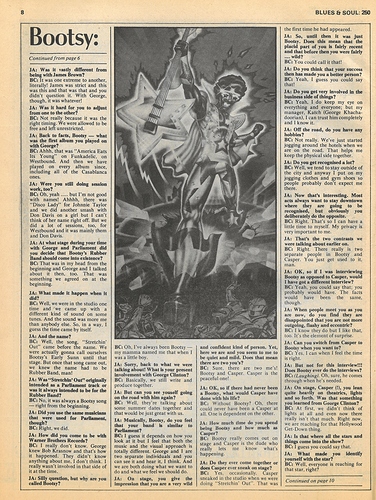 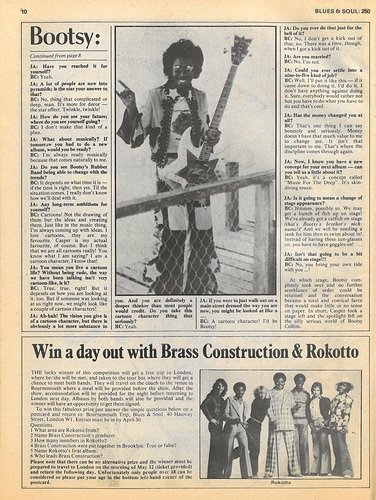 Cheers, I have the ‘76’ among my collection… Ha! One less article for me to have worry about scanning!

Here’s another one from Blues & Soul. From 1971! It’s number 56 and written by John Abbey (again). This issue was released in April, so that was only a month before they came and did their UK tour.

The strange thing is that the text got switched with an article about Rozetta Johnson. I started to read and didn’t understand at all what they were talking about. I was so confused. 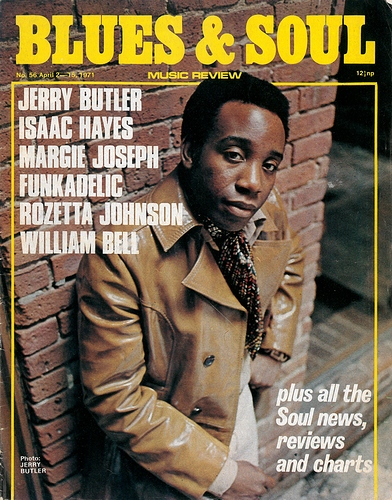 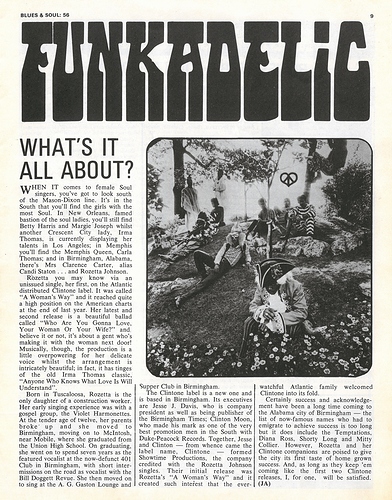 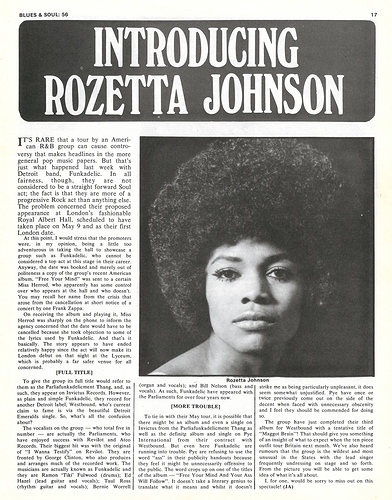 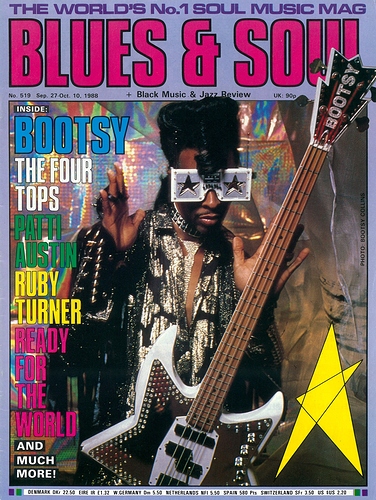 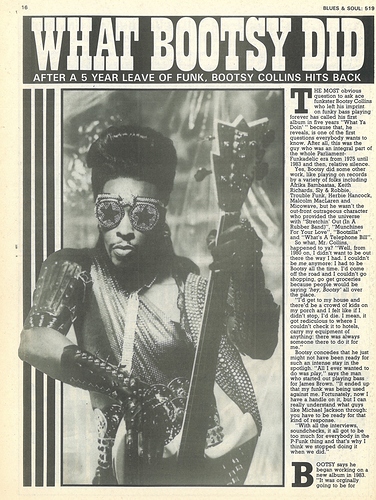 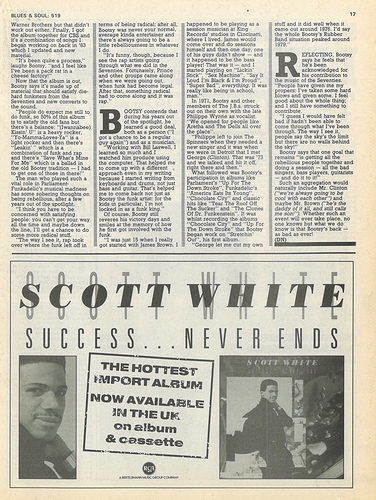 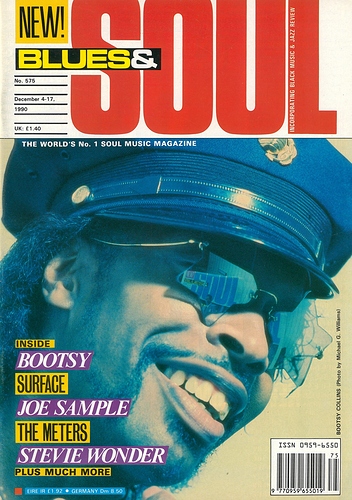 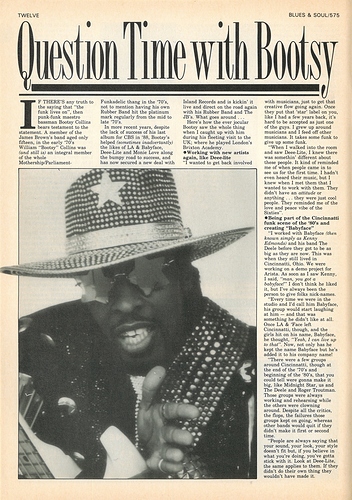 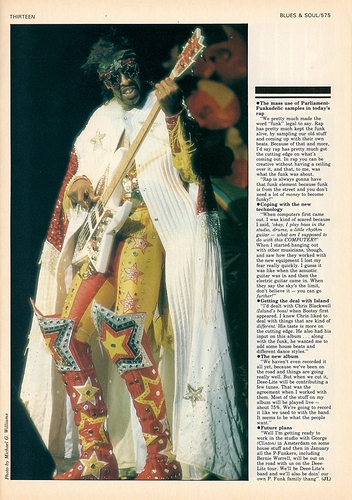 Ha! One more from my P-Stash I don’t have to worry about scanning!!!

B&S just did some funktastic stuff on them. They’ve got a couple of more from the late 70’s and early 80’s on GC that hit as well. Huge interviews and pics. I’ve got just about all of ‘em down in the dungeon. In fact, I’ve got about a 3x4’ cardboard box chock full of PF related magazines. I’m gonna take 'em all out and take a photo of it and post it here. Y’all can tell me what u wanna see. There are a couple of great issues of another Brit publication called Black Music & Jazz Review. Then, all those Rock & Soul magazine covers on The Mob. Don’t forget about all the P stories covered by Soul Newspaper too.

That would be awesome! Would love some pre ’76 stuff, if you have any. But also from the Dope Dogs years. Or maybe something from around ’81, pre Computer Games.

The oldest zine I can recall having is a Soul Newspaper from about '74 (in which that pic of GC emerging from the coffin onstage)all the way up to 2020. I’m going to pull it out tonight and post a pic. Now, a friend of mine has got a Cream mag from about '71 or so. Pure gold.
Here is a nice piece from Soul Sept 27, 1976 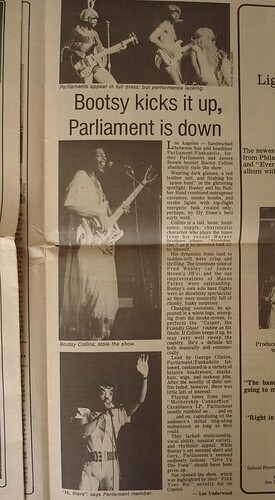 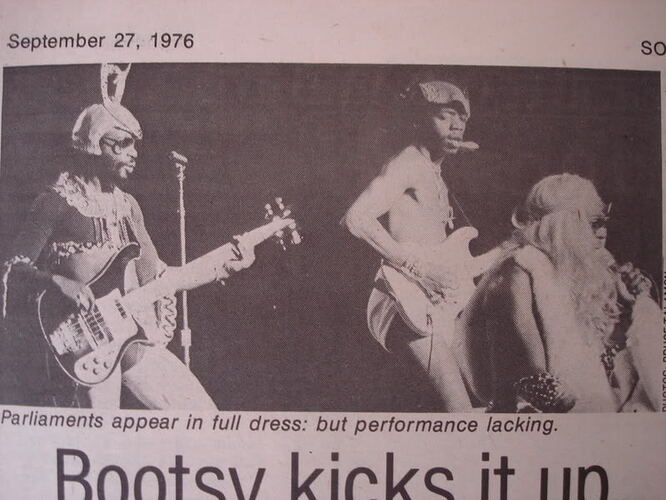 Oops, here is one closer to the thread 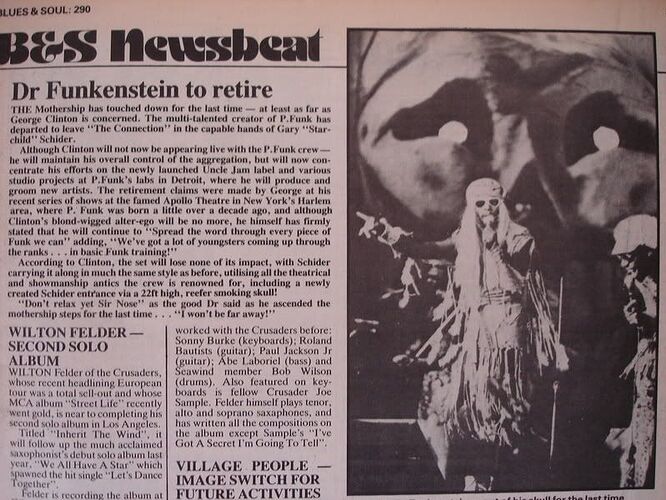 Oh well I can never resist this killer from the Record World Salute of 1979. 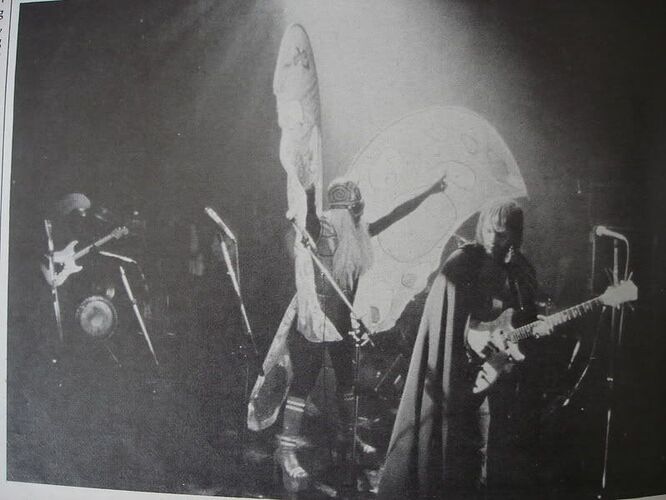 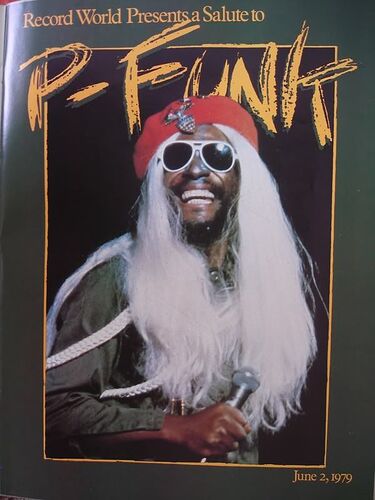 Nice! Yeah that Cream from around 71 would be awesome. I think I’ve seen some pictures of it on the net.

The Record World salute image, is that a magazine cover or a page inside a magazine?

The Record World '79 is a big middle spread celebrating industry-style all the P-Funk groups. I think that pic is the beginning page of the tribute.