A suit filed in Detroit could determine if the late keyboardist was just a side man, as Clinton has claimed, or a key creator who is owed royalties.

Interesting read. It’s easier when it’s against somebody like Boladian, and not between two people you like. It’s always messy when there’s old contracts, record sales and royalties involved. Comes down to money I guess.

I don’t believe this lawsuit is just about money though. I think it is personal and is as much about recognizing Bernie and the other band members proper contributions than money, even if it is effectively too late for Bernie and many of the others. #justiceforbernie

Kind of figured that this would happen. I remember seeing Judie talk about how Bernie was owed money from George years ago.

Warner Bros are also being sued, which I think we can all get behind.

In terms of sorting out credits and suchlike, are we to believe that we will finally know precisely who played what and where and when?

Yeah, that’s true it’s also about recognizing his contribution, they made a petition at change.org some years ago, but royalties also play a big role in this case…

It has been unfortunate to discover that the Smithsonian’s new exhibit displaying the famous “Mothership” does not include a feature section to the great Bernie Worrell, who had just recently lost his battle with cancer. While it’s a fantastic thing for the museum to honor this iconic group and their contribution to music and African American culture, focusing only on Bootsy Collins and George Clinton is ignoring one of the chief architects and musical director for the band, Dr. G Bernard Worrell, Jr. A classically trained child prodigy, Bernie was the glue that kept this revolutionary band together and through his immense musical genius he was able to push the boundaries of music.

Bernie was a pioneer in creating new sounds and textures with the Moog synthesizer, and his synth bass-lines in “Flashlight” have influenced countless musicians and producers. He added a vocabulary to music that simply didn’t exist before him, and you can turn on the radio to this day and hear his mark.

All we are asking is that Bernie is given the proper credit for his contributions and to not allow them to be erased from time. His widow has graciously offered to donate a costume from a P-Funk tour. Please take the time to sign and share this petition. 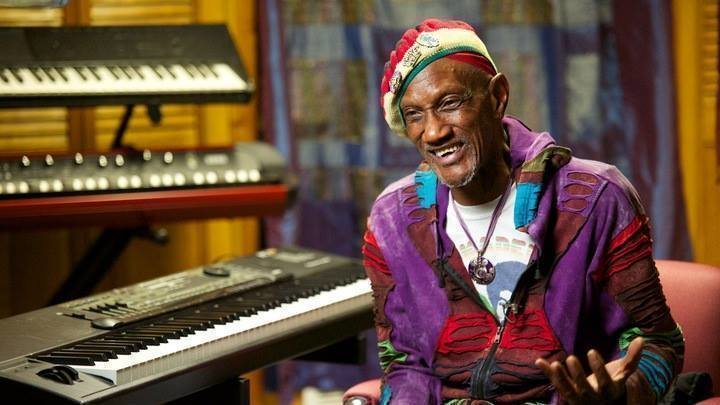 Include Bernie Worrell in the P-Funk Exhibit!

I think you’re referring to the WOOniversal Truth by the Bernie Worrell estate:

There were also numerous posts on the Bernie Worrell FunkBook page including this one: 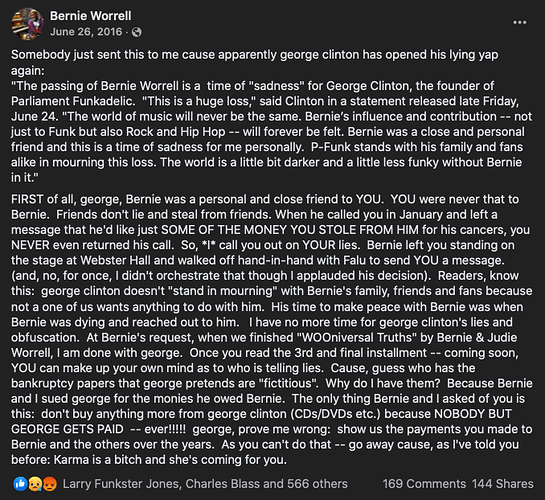 Bernie left you standing on the stage at Webster Hall…

I suppose she’s referring to this. 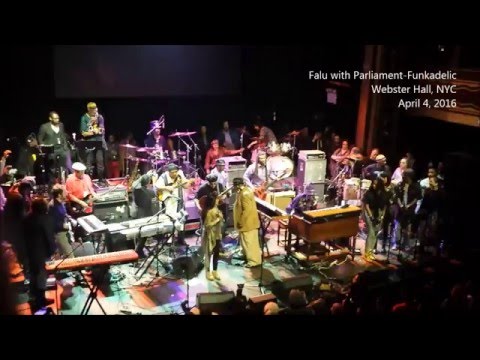 It would be nice if George did a better job of making sure some of the older members get their due. George is the face of the group these days and some would say back in the 70s and beyond, but he wouldn’t be here today without those around him.