I found them on Soulseek. I found the Louie demo in a group labeled “Louie Kababbie - demos”. The Hey Man demos/outtakes are a bit trickier to find, as they’ve been packaged in various compilations (I’m still studying the ones I’ve collected). I think you should be able to to search what’s in the bolded quotes and compare the times.

Somehow my files are taking way too long to download. Is the “steal the P” with george over the “hoe’s prairie dog mix” instrumental from the Louie Kababbie or Smell my Finger demos?

I’d say the Louie one and the Martial Law EP are the ones with the most interesting lyrical differences.

Here’s the best I can make out of the rap lyrics on the 2nd and 3rd track of the EP:

Now the boy know that he was just Pissy Drunk
His eyes bloodshot and homeboy his breath stunk
Talk to other rapper like the hell he crazy
I put the boy to work but he too damn lazy
Tried to show him where to get the ADC at
I said “you see the sign” he say “no I can’t see that”
Say homeboy you got a serious problem
You also about to see I got well you can’t have none
That joker drink like a sippopotamus
Need to go join alcoholic anonymous
Ever told him once you know I told him twice
Say I aint looked yer ass cos I’m just nice
He even told me to lend him a quarter
Said you wanna drink you gotta rest some water
Need to face some water and wash your ass
Smell a little better out the cup of your glass
But dont even try no need to be bothered
Aint gettin up a (dizzy other daughter???)
You’re broke, you’re triflin, your breath is poo you’re stiflin
Mama (isn’t loose??) ain’t need to be lightnin’
She ain’t so much, her liver right
She can get a shot but you gets nothin’
Best keep sippin cos you ain’t be soppin
None of this y’all are down and you don’t
Sheeeit, I’m outta here

Then the chorus, the “let me tell you little story about the FBI verse” and the chorus repeating until the end with what I can only presume is George Clinton voicing Sir Nose (but strangely not vocoded) saying:

OoOOooHHH, Curses, curses, curses! Don’t you know that the CURFEW going on!!! No more loops and no more samples! I HATE PARTIES!!! I thought the funk was dead. What you need is a loop, a sample. Dr. Dre, gimme some chronic!!! AHAHAHAHHA!!! Red hot chilli peppers! WOOOOH!!! Everybody’s funky! Ooooh, funkin after hours, later from the curfew! Awww yeah boy, and Flava Flav, Chuck! Humpty Hump, oh everybody’s on the mothership! Aw, Parliament Funkadelic, (east, and west though! ???) Everybody’s on the mothership! AAHAHAHAHAHAHA!!! What is this y’all? Is everybody goin’ forward? Smell my finger oh how the funk linger, haha!

The above Sir Nose lyrics presumably having to do with the end of the Martial Law music video. It is slightly different in the 3rd track of the EP where he says:

OoOOooHHH, Curses, curses, curses! Don’t you know that the CURFEW going on?!?! No more loops and no more samples! What you need is a loop, a sample. I’m gonna call the Militia, yea it’s gonna be martial law.

My guess is Parlet’s Pleasure Principle (first time about 0:36 in), but maybe it’s older? 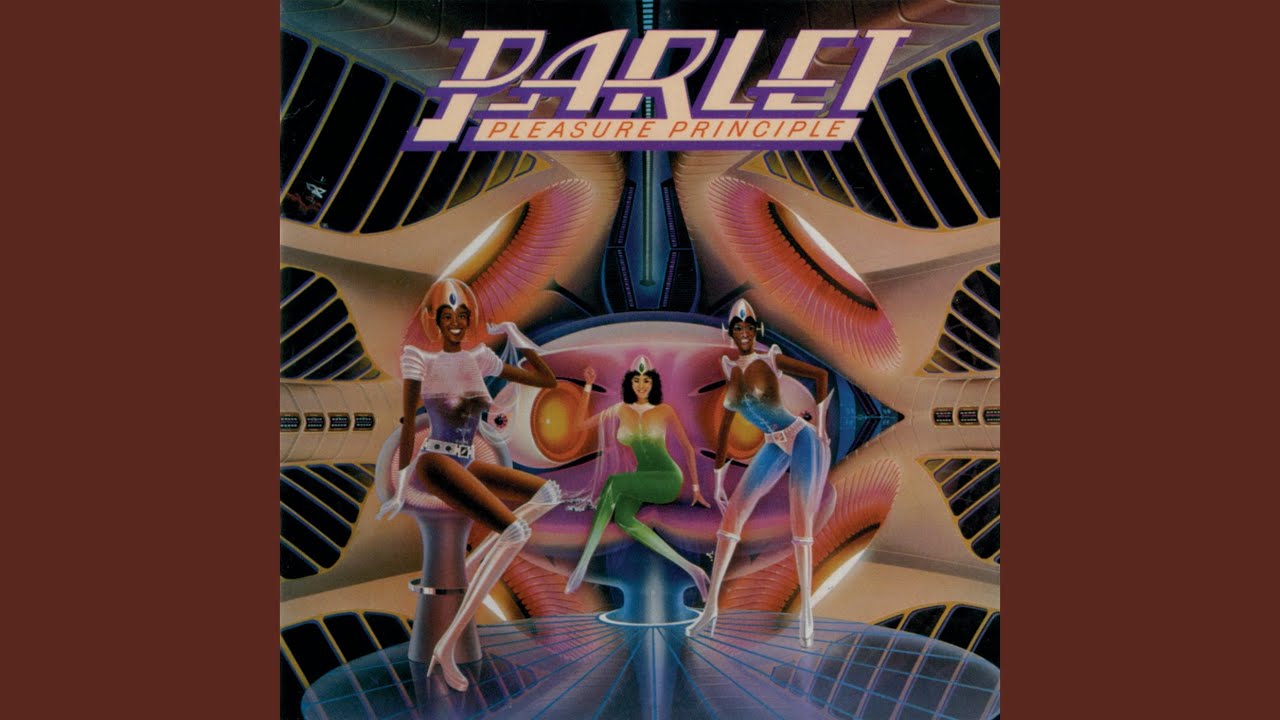 Also, that intro rap you transcribed from the EP was repurposed from Yadadada. Not sure if it has any meaning in the Martial Law song context, or if it just sounds good. 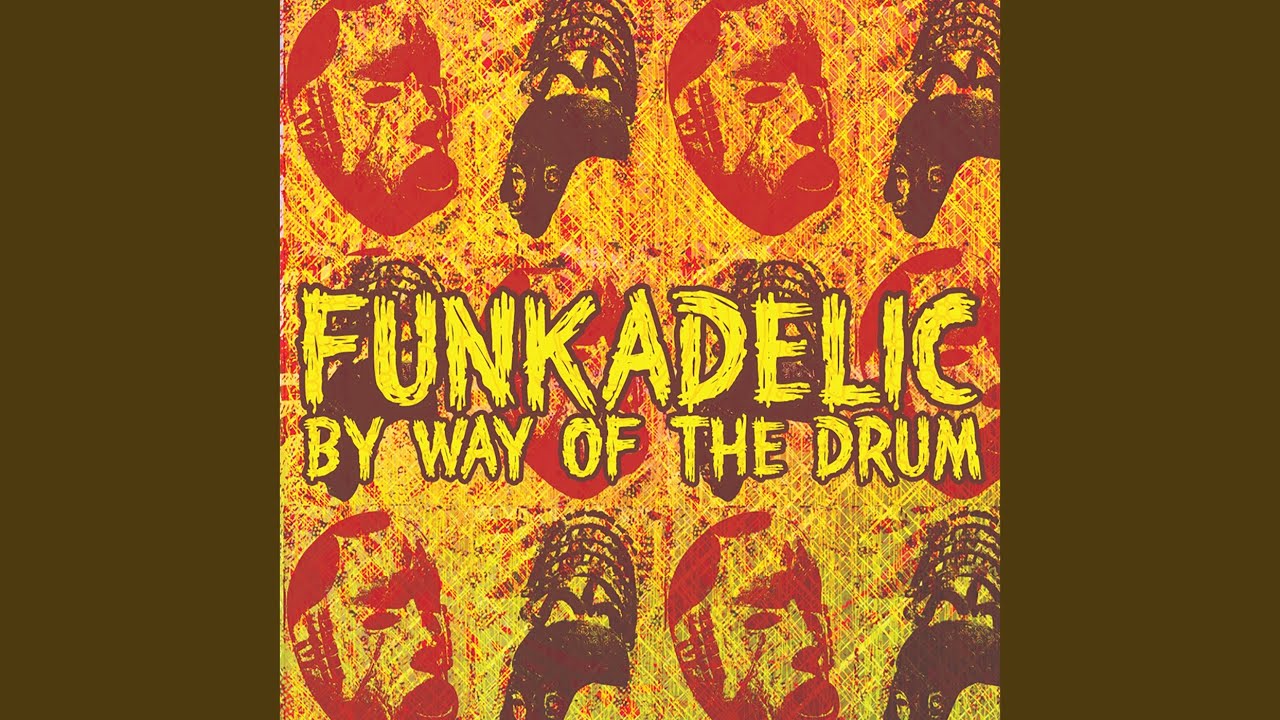 Yes, that is almost undoubtedly where the “da-diddly-da-da” part comes from. As for the rap being used in “yadadada”, I’m pre sure it was used in Martial Law first

My bad. By official release date you’re right, but Yadadada was probably recorded in the mid to late 80s, I’d assume before Martial Law was recorded. (Also, there’s an unfinished demo of Yadadada in the style of the Hey Man album.)

You can read this discussion on it.

Unfortunately, none of the demo versions I downloaded have any new lyrics other than him saying “steal the P” instead of “steal the motherfunkin’ P”, it seems to be just George doing different voices for the characters and seems to confirm the shabby guy is the FBI agent. It seems George decided to re-use a rap he intended for a different song, except now for a BLM-esque/anti-law enforcement anthem, though he never bothered to actually change the lyrics.

I guess the differences were not as big as I recalled. I know the Louie demo does have a few minor differences, and I think this line near the end was removed:

then both chilled to the [strange?] sounds that made you hot, others brought out the buck in you

I find it interesting since the cat line (another animal reference) was kept in:

a strange cat moving their way. He was a medium build cat, with a funny Tom hat, that looked about five years old

It seems that a few of the Hey Man demos contain some animal imagery that was removed later on (one version of the cut track “This Groove” [5:06] has a few lines about a dog & hare), but maybe it’s just colorful language (and not a Dope Dogs situation?).

Yeah, I wouldn’t be surprised if it was recycled. However, I’m still left wondering about the significance of the daughter/pervert line, the thing about “the real show” and if the “cat” is literal or figurative.

There’s no actual changes in the Louie demo until this point:

Now the funk was a phony, a fake and a fraud
These were bootleg copies to boot
There was funk with a 3 on it not funk with a P on it
And now comes the time to salute
Then both chill to the strings
Songs that made you hump, others brought out the bump in it
Boostin the bass volume to a deaf range
Crackin a bottle of champagne
They exchanged lyrical gratifications
Verbalized in the form of a toast
“Here’s to begging, duplicating and bootlegging
Here’s to the funk on which I’m high”
The man made a pass, flashed a gold-colored badge
And said “here’s to I’m the FBI”
Blood drained as he said “my friend,
you wanna make an example outta me?”
Cos I stole a little funk and I stole a little bump bump,
Some pervert r***s your daughter and goes free”
The man said with a grin, “That’s not why you lose and I win,
If you gonna steal the funk, steal the P”

I don’t think the cat is literal (we’ve seen people referred to as dogs and cats in many other songs) and I think the daughter/pervert line refers to the other guy saying the FBI agent is wasting time trying to bust him when he should be spending time taking care of his daughter.

I don’t know why, and couldn’t point to any particular reason, but I always interpreted this story as being some kind of metaphor for Armen Boladian stealing their music. I’m pretty sure the “medium-build cat” in the story is Bernie, as I’m pretty sure I remember George referring to him as this in an interview, as a reference to this song. I always thought it was a story about Armen Boladian (or someone else who screwed George) trying to convince Bernie to betray George. I’m not super versed in P-drama to remember all the scuffles that went down over the years, maybe it’s someone else. I always found the line “if you’re gonna steal the funk, steal THE MOTHERFUNKIN P!” to be really powerful. I interpreted it as George saying basically that you can steal his music but it doesn’t mean anything without the band behind it, kind of just a “you ain’t sh*t”-type attitude.

Yea I’m not only super-versed in P-drama either, I have NO idea who Arman Boladian is other than he might just be D’Voidoffunk. If he is trying to steal their music, I feel the Trombipulation album might be some kinda metaphor for it since it’s about Sir Nose using his heritage as an excuse to fake the funk perfectly and impersonate Funkenstein. I also interpreted “if you’re gonna steal the funk, STEAL THE MOTHERFUNKIN’ P!!!” as that it ain’t funk at all unless George and his P-funk family are behind it.

I also interpreted “if you’re gonna steal the funk, STEAL THE MOTHERFUNKIN’ P!!!” as that it ain’t funk at all unless George and his P-funk family are behind it.

Right, that’s a good way to put it. 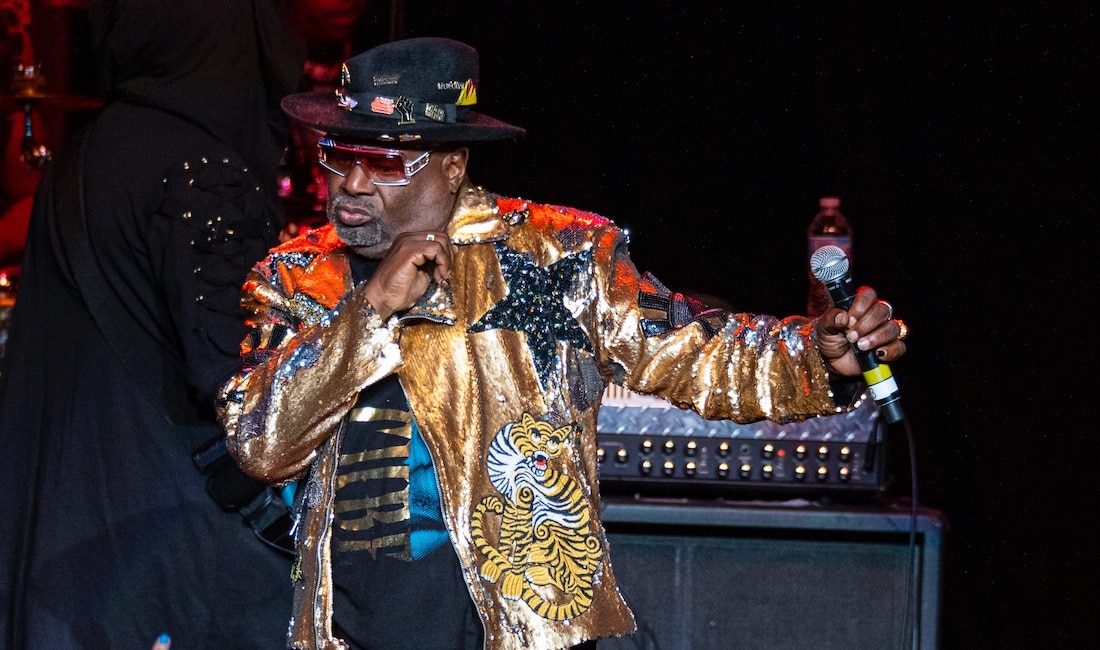 The iconic Godfather of Funk, George Clinton, was proven to not have defamed Armen Boladian after a two-week trial in Los Angeles.

I guess GC has used that “da diddly da da” refrain a few times then. I’m pretty positive “Pleasure Principle” is the first time it was heard.

I think that’s my favourite by Parlet. Got a great clarinet hook if I remember rightly.

Or saxophone- I forget now

You’re remembering correctly for both. There’s a prominent clarinet part, but Eli Fontaine plays a great sax lead on it as well…